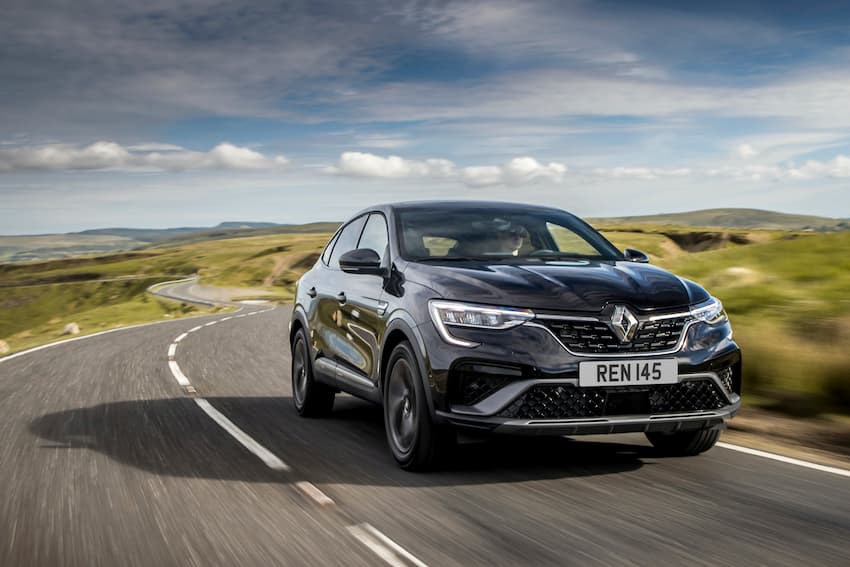 Renault reckoned it needed something different to complement its Captur and Kadjar SUVs, and that’s why you’ll now find the all-new Arkana in showrooms across the UK.

It houses the same powertrain as the Captur, and it’s based on an identical platform.

Renault models tend to split opinions in terms of appearance, and this latest SUV is no different. The front is bursting with character with curved lines, and it has a dash of athleticism to it without looking hard-hitting.

Side on, it’s similar to a BMW X4, with swooping curves providing a hunchback effect. Alas, all vehicles that adopt this SUV coupe-style tend to look a bit inelegant.

The rear is divisive, too. LEDs pass through the French brand’s badge, crossing the width of the tailgate and sprouting out towards the edges of the SUV to surround its reversing lights.

Some will label the Arkana funky; others will think it's ghastly. But if you hark back to how revolutionary the Mk.2 Megane was back in 2002, you'll know that Renault has never been frightened to put its head above the parapet when it comes to design.

There are three grades to select: Iconic, S Edition and RS Line. Each comes with a couple of powertrain options.

The mild-hybrid TCe 140 EDC comes with a four-cylinder turbocharged 140PS 1.3-litre petrol unit. This is hooked up to a seven-speed automatic cog-changer. 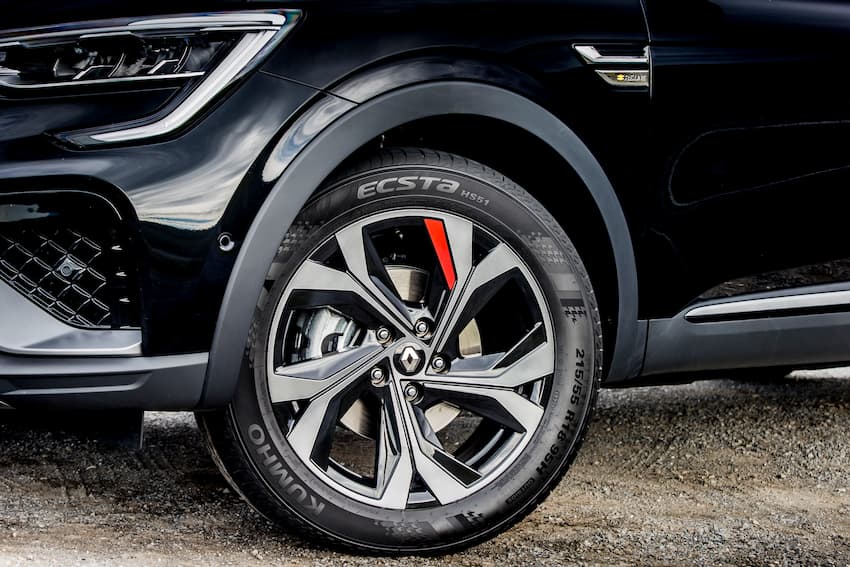 Then there’s the full-hybrid, named the E-Tech hybrid 145 Auto. This variant contains a 94PS 1.6-litre four-cylinder petrol powerplant, joined with an electric motor that hikes the clout to 142PS.

Both are front-wheel drive and, as you’ve probably worked out, no manual shifts are offered. And, just for the record, there’s no four-wheel-drive option, either.

Renault reckons the E-Tech will be the most popular seller. However, it also expects most Arkanas will be bought or leased in RS Line trim – so that’s what I drove for this review.

When it comes to driving, the Arkana is decent, but performance isn’t its best point. The E-Tech fires up on electric juice only, using the bigger of the double motors to get rolling. The smaller motor is only employed when you require additional momentum. 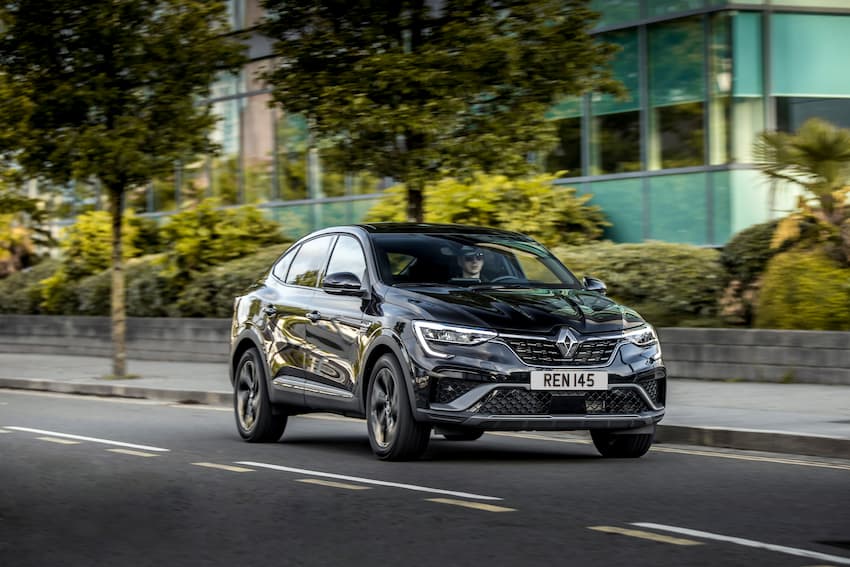 But the 142PS power blend isn’t much to shout about. The batteries increase the car’s weight meaning the Arkana takes almost 11 seconds to get from a standstill to 62mph. Mind you, the car accelerates smoothly, and its top speed is a worthy 107mph.

The electrified SUV delivers a firm ride, but this doesn’t diminish driving comfort. It irons out bumps and holes in the tarmac well, and it copes with corners remarkably without much roll.

The E-Tech does up to 58.9mpg while generating 108g/km CO2, which means it’ll be appealing as a company vehicle due to its modest tax band. You also get a 100,000-mile, five-year warranty, which is better than many manufacturers offer.

Inside, the French SUV is plush and stuffed with kit. The infotainment system is particularly laudable, coming with a user-friendly design and a receptive touchscreen. I like it a lot – especially the sizeable vertical screen. You also get another digital instrument screen, which gives you data on all the fundamental things you need to be aware of. The display looks tasteful, and there are lots of switches to operate numerous features on the Renault’s steering wheel.

The Arkana’s seats are incredibly comfy, and while you sit high up, you’re not sat much further above the ground than you’d be in a typical coupe.

The cabin has lots of room, so even taller drivers will get by. Moreover, storage is plenteous, with large door bins, two cupholders and space for odds and ends under the front armrest. 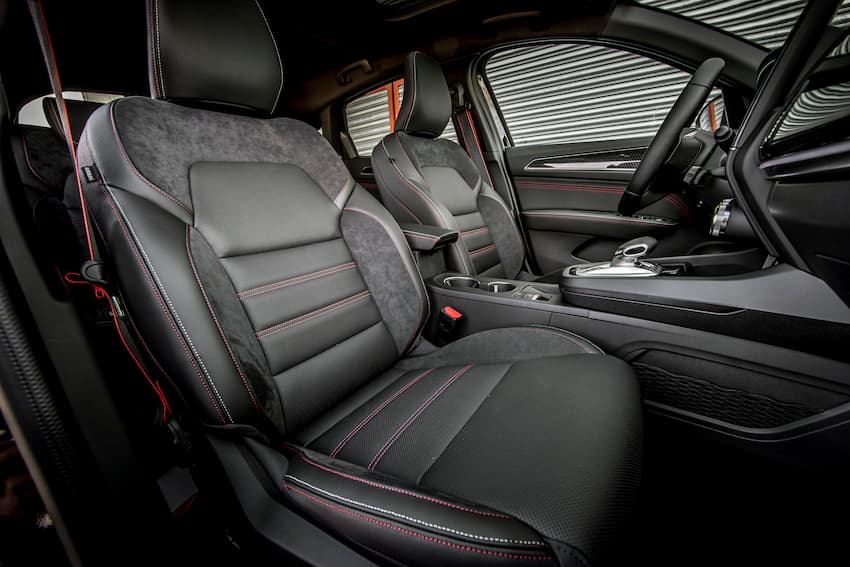 There's good legroom in the rear, but two adults, rather than three, will be more comfortable. Furthermore, the absence of a driveshaft to the back of the car means there’s no tunnel passing under the Arkana’s floor, which is level as a result.

The Arkana E-Tech has 480-litres of cargo capacity, ballooning to 1263-litres, with the rear seats folded down. By contrast, Toyota’s CH-R only offers 377-litres of boot room, growing to 1164-litres.

You get a double-tiered boot as well. This means you can keep things under the floor and then put other objects on top. The elevated boot base helps reduce the boot lip, making it easy to load or unload items.

Now, on the competition front, the nearest opponent to the Renault Arkana is the Toyota, as mentioned above. The Renault is better due to its interior - and it's cheaper. The CH-R isn't the answer if you are looking for more room in the rear, either.

Cupra’s new Formentor is worth bearing in mind, though. The car offers a more performance-oriented drive, with an even more fabulous cabin to go with it. Admittedly, it is pricier, but its assets are debatably the Arkana’s weaknesses, and you may consider it worth the additional cash.

Meanwhile, although Renault’s Arkana is new to Britain, it's been around for a bit in different markets. The SUV secured a five-star safety grade from Euro NCAP two years ago, achieving a remarkable 96 per cent for adult occupants, 83 per cent for kids and 74 per cent for safety assist systems.

On that last note, many safety gadgets are supplied, with lane-keep assist, traffic sign recognition, lane-departure alerts and safety distance warnings incorporated as standard on all grades.

Automatic emergency braking is also given across the line-up. Additionally, S Edition and RS Line Arkanas are furnished with rear cross-traffic warning and blind-spot monitoring.

To summarise, Renault’s Arkana is a commendable all-rounder. It offers athletic looks at a reasonable price compared with some of the competition, and the hybrid engines are efficient. The SUV houses loads of kit, too, and while it doesn't have the pace to match its appearance, it’s a likeable machine with plenty of charisma in terms of styling, if not the whole driving experience.

In truth, I don’t see the point in selecting the RS Line, as the next grade down, the S Edition, gets you all the essential tech and driver conveniences you need, unless the sporting styling of the RS Line is of colossal significance to you.

And, if it is, then you may be anticipating an SUV with more oomph – and that’s categorically not the Arkana’s winning card. 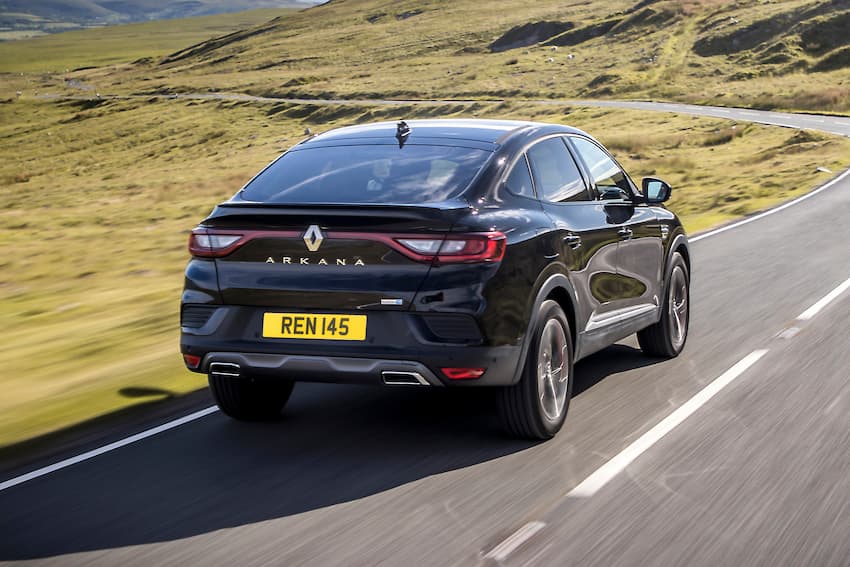