Normally heavy on hybrids, the Toyota bZ4X is the brand’s first all-electric car. 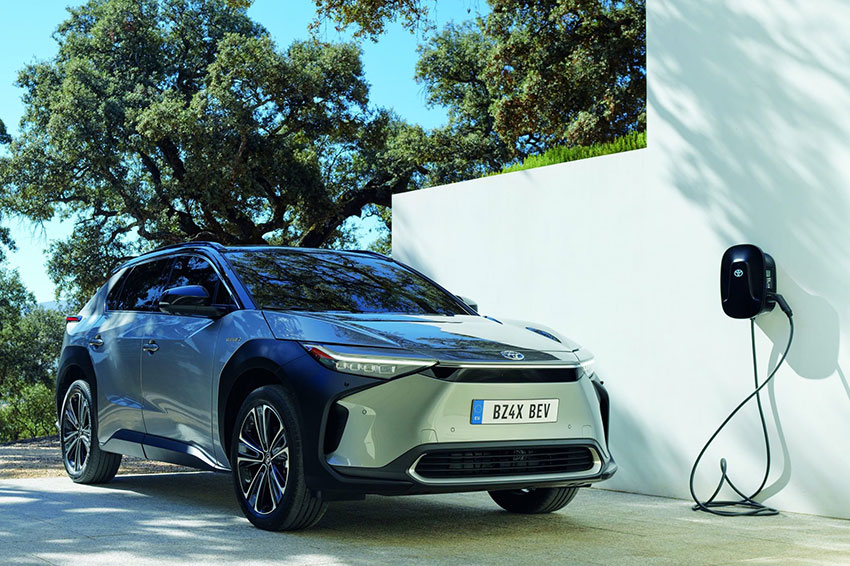 Toyota has revealed its first bespoke all-electric car, the bZ4X. Sounding like a long-lost droid character from Star Wars, the bZ4X is the first model in a new series of bZ — beyond Zero — battery electric vehicles (BEVs).

The car, which will include a solar panel roof, will make its European debut on 2nd December, with order books opening on 15th December. Toyota says the SUV’s expected range is more than 280 miles. Pricing has yet to be confirmed, but deliveries are scheduled to start in 2022.

Having gained decades of experience with hybrid cars, the bZ4X is the first car to be built on the company’s new dedicated BEV platform. Based on e-TNGA philosophy, this has been co-developed by Subaru and Toyota. 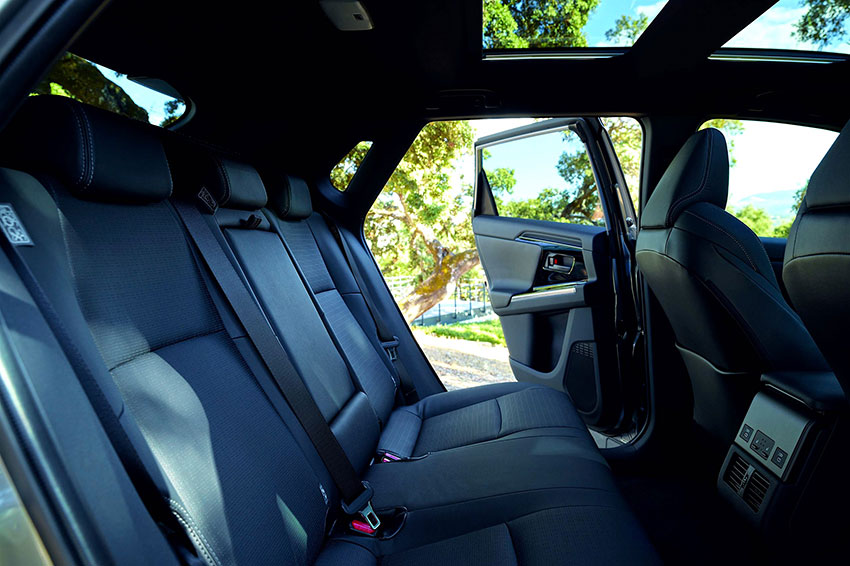 Yup: there’s no denying the car has dynamic, futuristic looks. Indeed the bZ4X closely follows the design lines of the concept revealed earlier this year.

The all-electric SUV’s architecture houses a 71.4kWh battery in its floor capable of delivering an expected range of more than 280 miles (depending on version, with exact figures to be confirmed later) on the WLTP data cycle.

Even after ten years of driving, the battery is expected to still operate at 90% of its original performance. This is helped by water cooling of the cells (a first for Toyota) with active thermal management of the battery helping range and durability.

Utilising what Toyota calls its “slim battery”, by being housed in the SUV’s floor the bZ4x not only benefits from a low centre of gravity, but the approach also maximises chassis rigidity and interior space. The feeling of space is further enhanced by a panoramic roof. 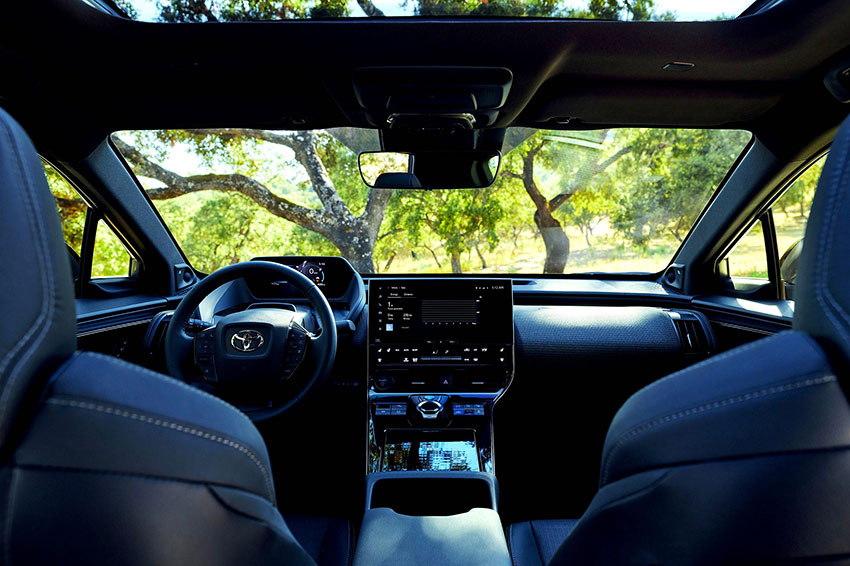 First, let’s put its exterior size in perspective. The bZ4x is not only 85mm lower in height than Toyota’s RAV4 Hybrid — which itself is a large vehicle — but it also benefits from shorter overhangs, plus a 165mm longer wheelbase and a bonnet line which sits 50mm lower. Toyota says the bZ4x has a class-leading turning circle of 5.7 metres.

Buyers will be able to choose from two powertrains. The first will be a front-wheel drive model delivering 201bhp and 265Nm of torque; it’ll cover 0-62mph in 8.4 seconds. And building on Subaru’s extensive knowledge of building four-wheel drive vehicles, not surprisingly there will also be a dual-motor 4Wd version of the bZ4x. Producing 215bhp and 336Nm of torque, it shaves 0.7s off the 0-62mph time. The 4WD version will also benefit from different XMode settings which will include parameters for snow and mud, as well as Grip Control for tougher off-road conditions.

The old question: what about charging?

As for charging, both cars are capable of a maximum rapid charge rate of 150kW; that means 80% of the battery can be recharged in just 30 minutes. As an option, there will also be an 11kW AC charger which will allow overnight home recharges for those with a compatible wallbox. One interesting advanced technology feature is a solar panel roof to help charge the battery while driving or parked.

There’s further new tech inside the cabin which includes a seven-inch TFT digital dash that promotes Toyota’s “hands on the wheel, eyes on the road” philosophy. The bZ4x’s new infotainment system, operated via a large screen in the genre of the dash, will feature over-the-air software upgrade capability.

Toyota is also promising strong legroom for rear-seat passengers, thanks to the SUV’s new e-TNGA architecture’s long wheelbase which will maximise interior space. Bootspace too is an impressive 452 litres. 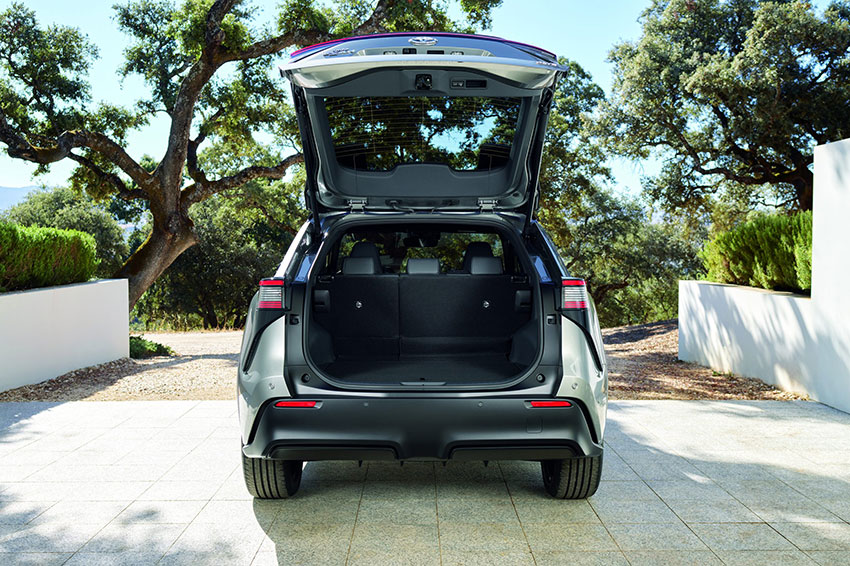 Ah, you noticed. While there’s no denying the SUV’s impressive looks, the styling does include what might well become something of a Marmite feature: the entire front wings and wheelarches are coloured black, along with the rear arches. Toyota says it gives the bZ4X a “more rugged look”. But certainly looking at the images, given the wheelarches can house alloys up to 20in in diameter, the wheels look a bit lost. Hopefully when we see the car in the metal that side-effect will disappear.

Elsewhere in the car’s design, there are strong creases above the wheelarches which flow back down the doors into wrap-around tail-light units. These in turn are linked on the bootlid by a full-width LED bar. 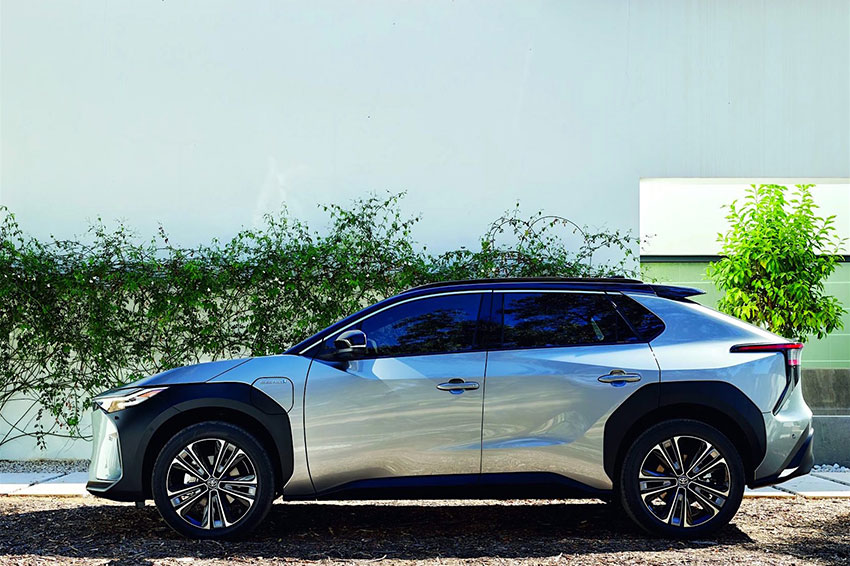 And doesn’t it have clever steering?

You’re right. There’s also new technological developments in terms of the SUV’s steering. The e-TNGA platform has allowed Toyota to develop a steer-by-wire system; this will be introduced on European models “at a later date”, according to the Japanese carmaker, 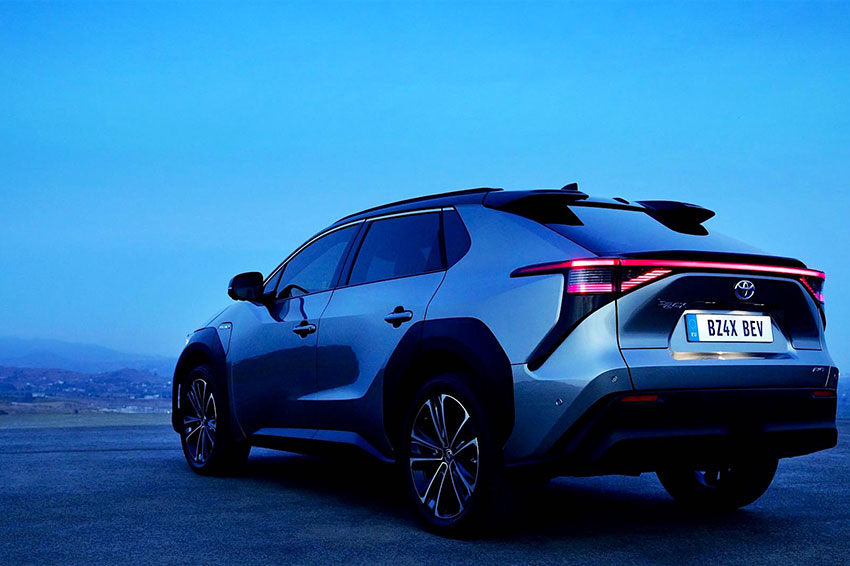 According to Toyota, this system not only gives front occupants more legroom, but also improves the driving position and entry and exit. It also means the traditional steering wheel is replaced, making operation smoother and easier, with no need for hand-over-hand turning. Full-lock can be achieved with just a 150-degree turn.

Safety enhancements have also been increased and improved thanks to the incorporation of more electronic integration. Toyota’s third-generation Safety Sense tech will, the company says, ‘operate as a partner to the driver to realise the ultimate mobility society goal: zero fatalities and injuries in road accidents’. 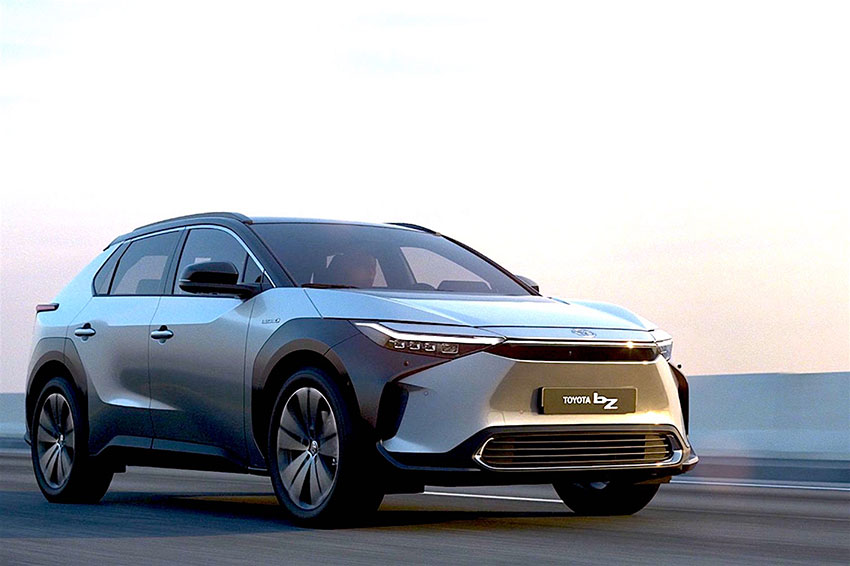