The best electric SUV and luxury cars of 2022

Jim McGill takes a look at some of the larger electric cars coming to the market in 2022. 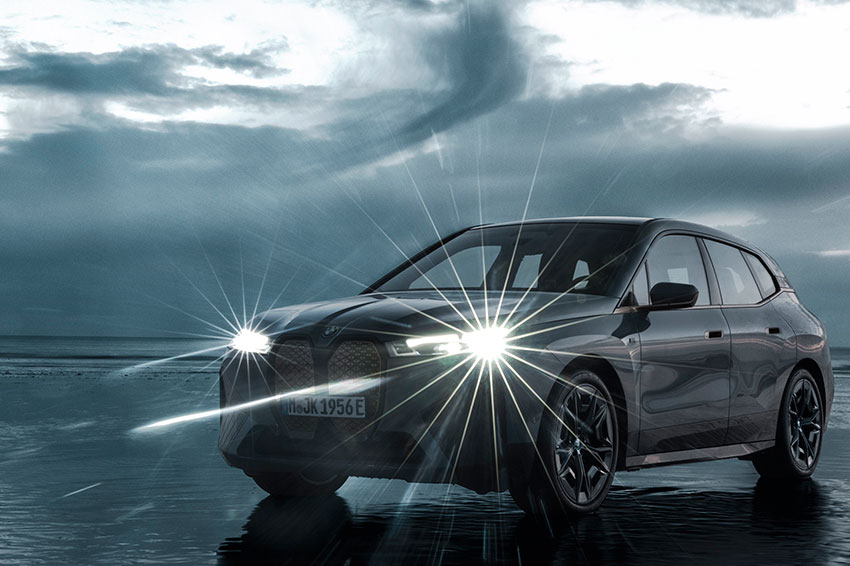 In the second of our four-part introduction to some of the best new cars making their debut in Arnold Clark showrooms across the UK in 2022, we focus on the best electric SUVs and luxury cars.

BMW will take the fight to the Mercedes-Benz EQS when it launches its low-slung, traditional luxury saloon, the i7. It’s the perfect solution for BMW lovers who feel they can’t quite bring themselves to get behind the wheel of the ‘visually challenging’, but otherwise excellent, iX SUV.

The i7 meanwhile – pictured testing – will use its all-electric powertrain to breeze its owner to business meetings in quiet comfort and, when required and permitted, at speed. Sharing its electrical underpinnings with the recently launched iX, buyers of the i7 will be able to choose between a 322bhp and 516bhp motor. In the iX, the latter propels the SUV from standstill to 62mph in 4.6 seconds.

Expect the most powerful version to deliver around 600bhp from its twin motors and be capable of covering around 400 miles on a single charge of its 105.2kWh battery.

When it joins the forthcoming combustion-engined 7 Series models, it’ll be differentiated by the fact it has a blanked-off front grille. Quite what size and shape it’ll be has not yet been made public. No doubt though, it’ll be a topic of conversation.

What’s also pretty much guaranteed is the i7 will include a strong focus on autonomous driving and be packed full of new technology. 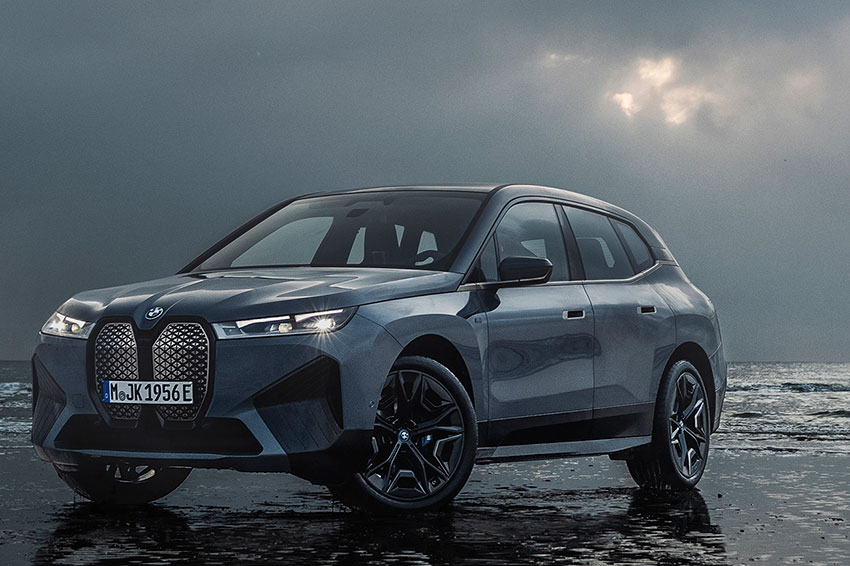 Ok, take a deep breath. BMW’s already mightily imposing iX, resplendent with its ‘Marmite’ grille – you either love it or hate it – will become even more potent with the arrival of the range-topping M60.

The all-electric SUV gets 611bhp, four-wheel drive and will blitz through 62mph from standstill in under 4 seconds. There’s a small range penalty to pay for that performance, with a full charge delivering around 357 miles 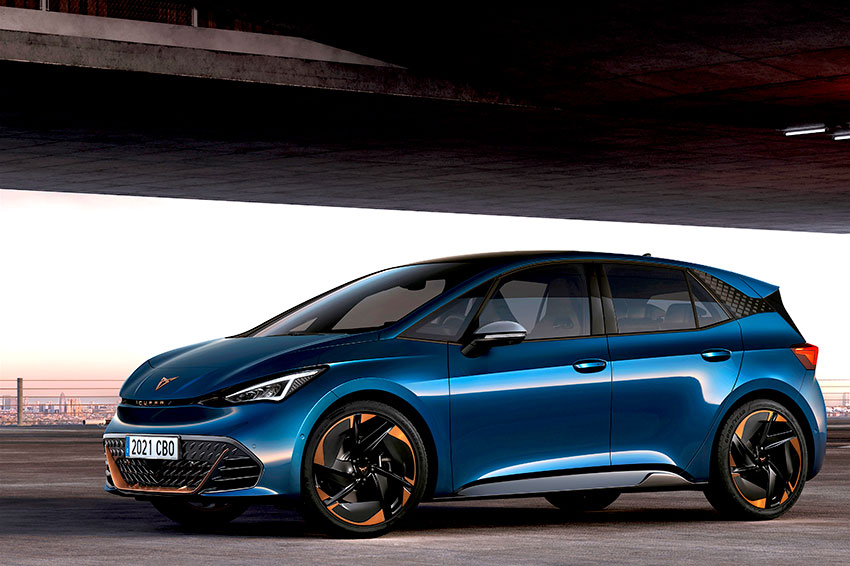 It seems like we’ve been waiting ages for the arrival of the first all-electric CUPRA. The Born is a sportier incarnation of the sister Volkswagen ID.3. First-up is the 58kWh version, to be followed by the smaller 45kWh and the initial range-topping 77kWh models.

While the power matches those of the Volkswagen, the CUPRA Born will deliver it with much more gusto and dynamism. It also clearly has a more dramatic and sportier styling. However, if you want even more performance, you’ll need to wait for the future range-topper 231bhp version that’s due later in 2022. 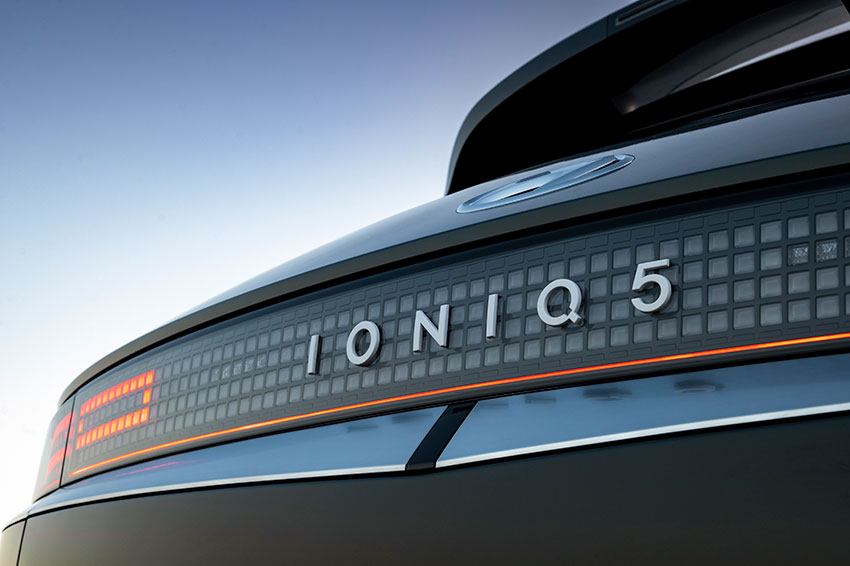 Hyundai’s first e-hot hatch – not surprisingly badged ‘N’ –will build on the wide footprint and low centre of gravity of the original IONIQ 5. Power output will rise close to 600bhp, with upgrades made to the suspension, the ride-height lowered, and lower profile tyres. There will also be subtle tweaks to the body styling. We expect the IONIQ 5 N to share the same twin-motor – confirming four-wheel drive – powertrain fitted to the Kia EV6 GT (see below). That would result in Hyundai’s fastest-ever production model yet, covering 0-62mph in under 4secs. 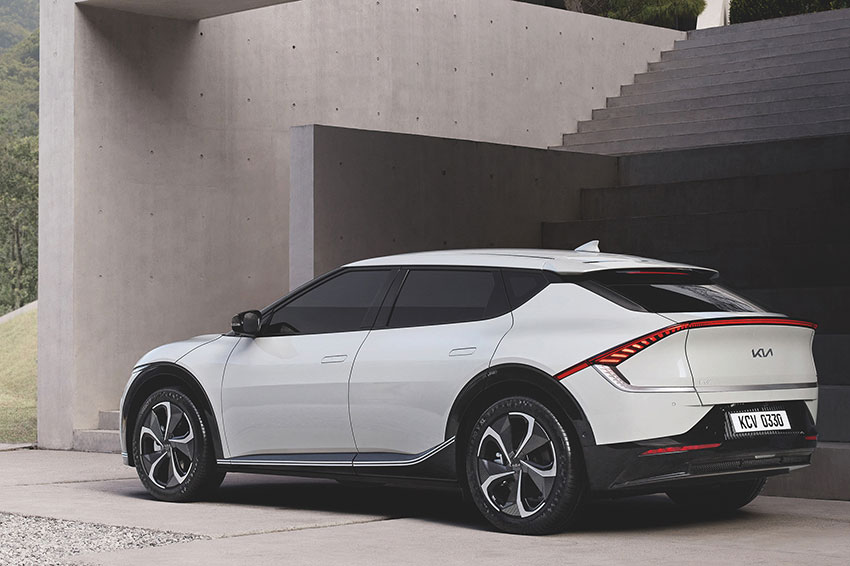 Like its Korean stablemate, the IONIQ 5, the Kia EV6 has already created electric waves with its futuristic styling, long range and superfast charging. Now Kia has lifted the ante higher with the introduction of its EV6 GT.

The 577bhp electric crossover/SUV will be quicker than a Porsche Taycan S; that means 0-62mph in under 3.5 seconds. It’ll carry on to a max of 161mph. That performance though will see range drop when compared to the standard EV6 models, sliding closer to 250 miles.

All models of the Kia EV6 get fast charging as standard, which means the car can go from 10 to 80% in 18 minutes, which is approximately 210 miles of driving range. Also, all the models of the EV6 have about 3,000lbs of towing capacity. 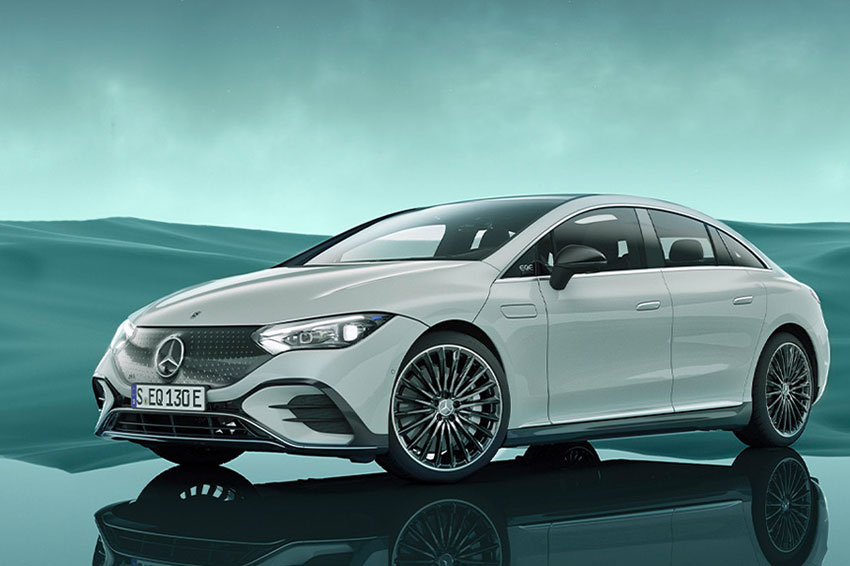 With six all-electric cars on its books, Mercedes-Benz has certainly embraced the new technology. The EQE is, at least on paper, the company’s battery-powered E-Class.

The reality is quite different. In many ways, it’s more of a scaled-down EQS, simply because it uses a shorter version of that car’s EVA2 platform.

Intriguingly, the EQE, despite its coupé-like looks, actually has more internal space than an E-Class. It’s also taller and wider, and sits on a longer wheelbase. Inside the cabin, the star of the show is the optional Hyperscreen infotainment system lifted from the EQS. Not only are there two 12.3-inch screens, but also a vast 17.7-inch central display.

Initially available only with a 350 badge, the EQE gets a 288bhp electric motor and 90kWh battery. The result is a range of 410 miles. A more powerful 4MATIC all-wheel drive version will follow, as will a mighty AMG version. All will be capable of charging at 170kWh. 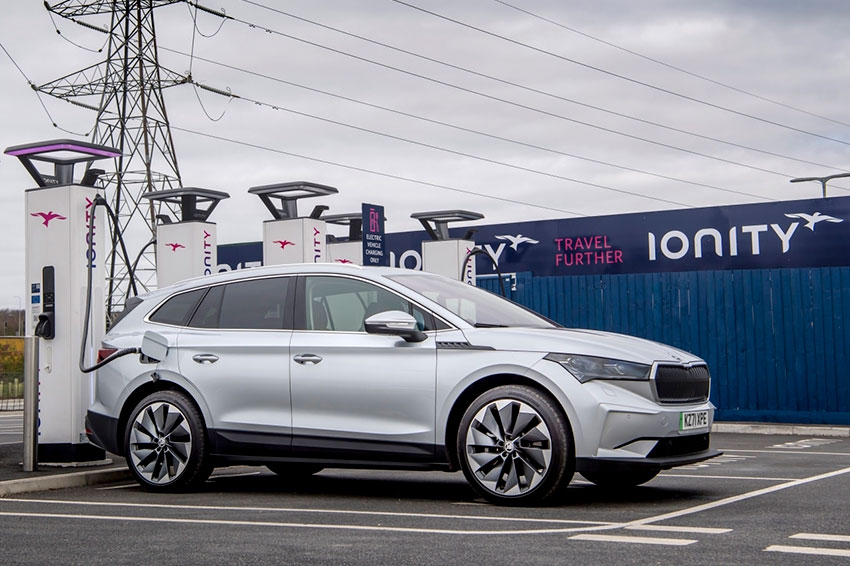 Not surprisingly, under the Volkswagen Group umbrella, ŠKODA’s first vRS model will go head-to-head with the Volkswagen ID.4 GTX. In fact, both will share the same 295bhp four-wheel drive powertrain. Range is likely to be around 300 miles, with a 0-62mph performance of just over 6.0 seconds. 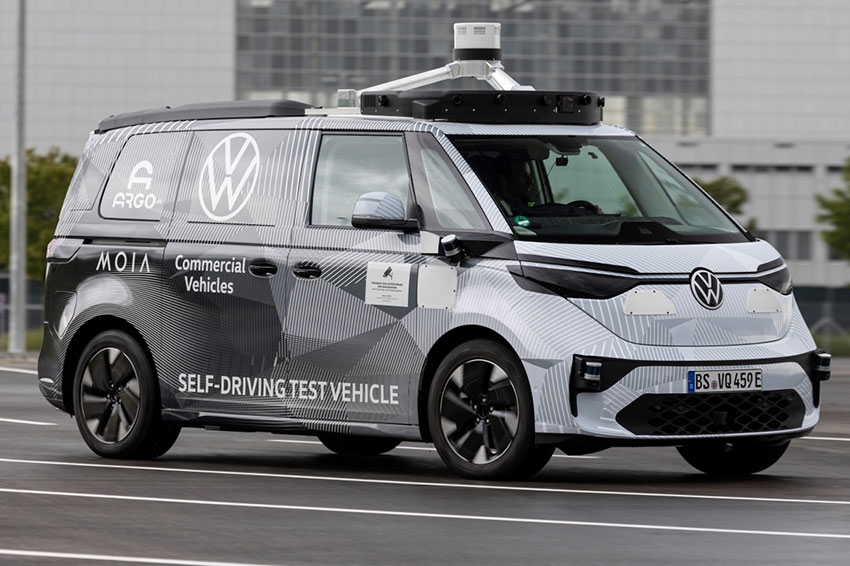 It’s been a long time coming, but the electric rebirth of Volkswagen’s iconic classic campervan from the 1950s is scheduled to arrive this summer in the shape of the ID.Buzz.

Retro details abound. Not only is there the two-tone paint scheme, but also sliding doors on each side and vents on the rear window pillars… albeit the vents are actually fake.

The interior, on the other hand will be thoroughly modern, including the same digital instrument panel and touchscreen infotainment system which appears across the rest of the all-electric ID range.

Available both as a commercial van and an eight-seat people carrier, the ID.Buzz will also be available with single or dual motors, with the latter including four-wheel drive. Using a variation of the ID.3’s MEB EV platform, the ID.Buzz should be cable of covering more than 350-miles on one charge, certainly when fitted with the biggest battery option.

It’s also worth highlighting that Volkswagen is readying the ID.Buzz for fully autonomous driving from around 2025.