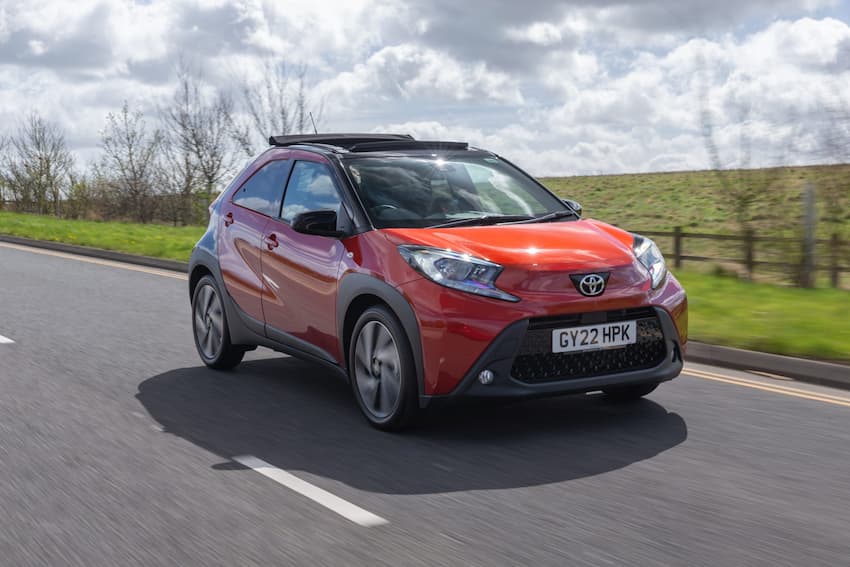 Every car is fair game to get the SUV crossover treatment nowadays – and the latest one to receive it is Toyota's little city car, the Aygo.

Add some cladding to the exterior, raise the ride height by a few centimetres and add an ‘X’ to the end of the name (even though it’s pronounced ‘cross’) and voila!

Although the Aygo X looks like the Aygo city car, it’s more closely related to the Toyota Yaris, as it’s based on the same platform.

And while the X will be sold alongside the Aygo for the moment, the intention is this new one will eventually take the place of the standard Aygo. 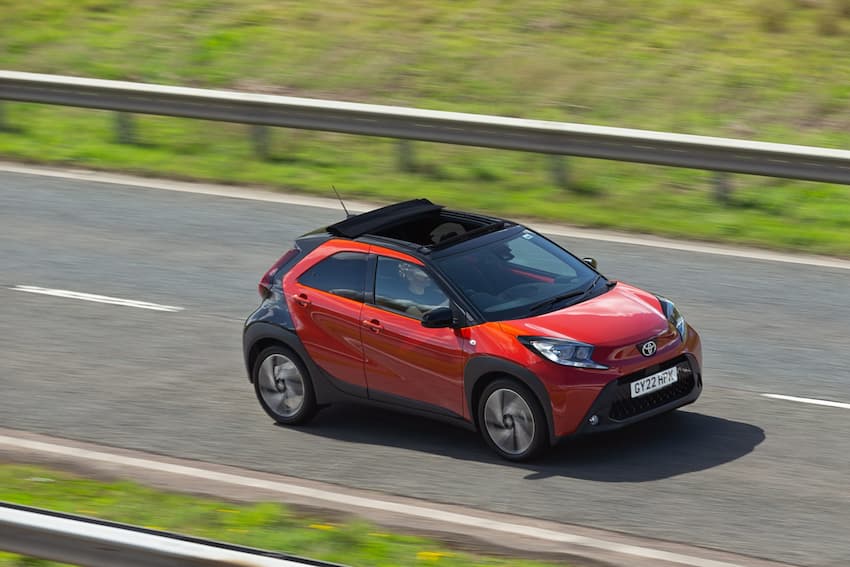 The new Toyota has personality by the bucketload. It has an enormous archway-like lower grille which dominates the front end, especially given it is black, whereas the rest of my test car was ‘chilli red’.

You will find plenty of blackened bodywork elsewhere, too, to accentuate the SUV styling. And the bodywork extends out at the rear, making the Aygo X look distinctive. The back is all about the protruding bumper and the enormous rear window. There is not much more to the car – but it creates a characterful appearance.

The ‘Edge’ gets you a bigger eight-inch screen, a piano black front grille, colour options on the rear bumper and the air vent surrounds in the cabin, plus automatic air conditioning. 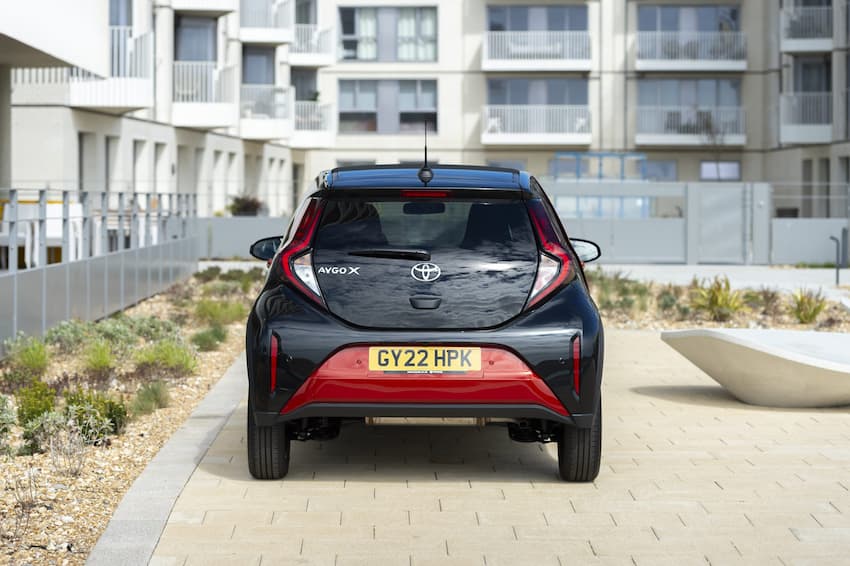 Only a solitary 1.0-litre three-cylinder petrol engine is offered. It produces 72PS and comes with front-wheel drive. You do get a choice of a five-speed manual gearbox or a Continuously Variable Transmission (CVT), though.

Thanks to its light weight and small-scale engine, running costs are likely to be low. There are no surprises behind the wheel, though. The powerplant is slow-moving, and while its looks might garner a second glance, nobody will be praising the X for its ability to move away from the traffic lights.

In the time it took to get up to 62mph, I could work out that the Aygo X is far better as a motor to drive around town in. First, the higher ride height means visibility is superior to a standard city car. And, despite its passive performance, it feels pretty sprightly in heavier traffic.

Given the Aygo X is featherlike, it can wind its way through traffic with ease. Its handling won’t be winning many awards, but it does the job, while the additional ride height means the suspension has more give in it. This springy set-up helps to smooth out flaws in the blacktop.

The body lean is more noticeable than in the regular Aygo, but it’s not excessive. And, thanks to the light steering, the Toyota is agreeable to drive. 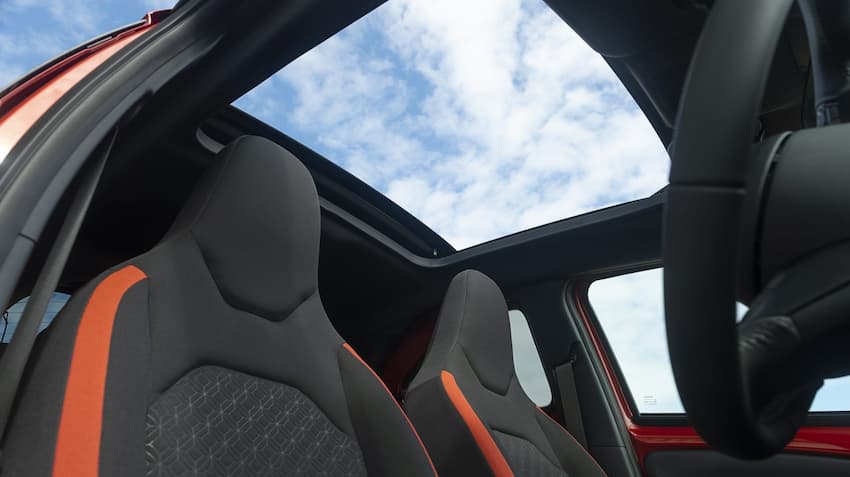 The CVT gearbox is okay – it means there’s only one gear, so, for all intents and purposes, it’s an automatic. This may make things easier around town, saving you from endless gear changes. Toyota has developed it well, but I still found myself preferring the manual ‘box.

The interior is nice, too, and full of funkiness. Some of it will be recognisable to anyone familiar with a Yaris interior, but the Aygo X creates its own persona. The central housing for the infotainment screen is a big oval, while the air vents and the gear lever surround are also rounded, featuring a coloured decoration around their borders.

The infotainment system is nice, but it isn't particularly comprehensive. It is user friendly; however, it isn’t a top-level system. The air conditioning is controlled via tangible dials underneath the screen, and, overall, Toyota has done a good job with the interior design. 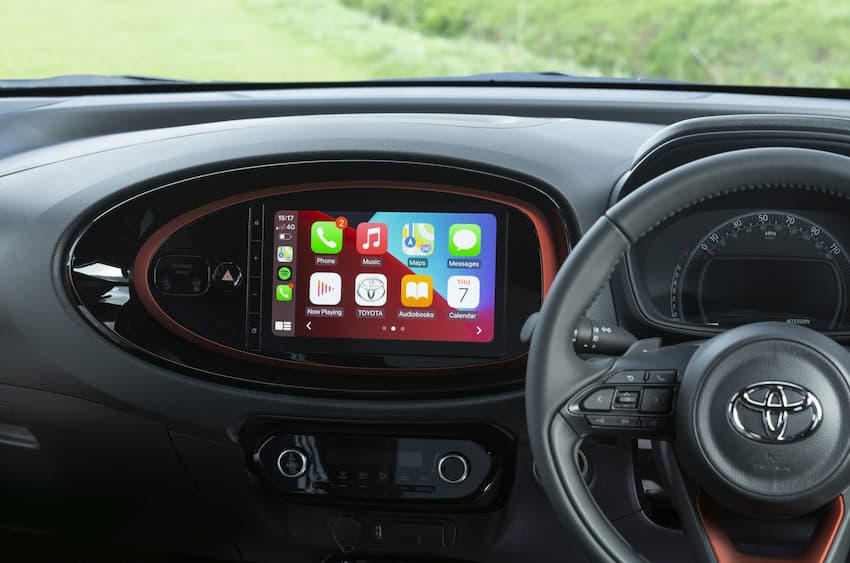 But the catch is it feels quite cheap due to the cabin plastics. Nevertheless, all is well screwed together and doesn’t leave you feeling as though it could fall apart at any moment.

Of course, this is a small car, so there isn't a tremendous amount of space inside. The front isn't too bad, but adults will struggle to fit – let alone get comfortable – for any length of time in the rear. At least the front seats are decent. 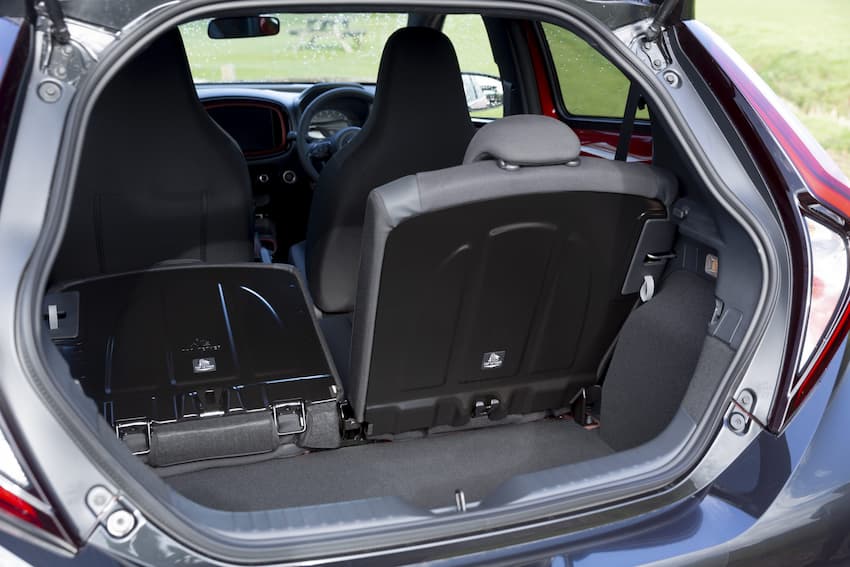 There is no safety rating for the Aygo X yet. However, when analysed five years ago, the traditional Aygo notched up a three-star ranking. Meanwhile, the Yaris, on which the Aygo X is based, got a top five-star grade, scoring 86 per cent for adults, 81 per cent for children and 85 per cent for safety assists.

In addition to the adaptive cruise control, you get emergency steering assist and a pre-collision system, amongst other features. Higher trims get parking sensors at the front and rear.

All things considered, the Aygo X is fashionable, lively and puts a smile on your face. Of course, driving it isn't massively exciting, especially if you want to go quickly, but the car is interesting and generously equipped for the price.

If you need an inexpensive new family runabout that’s perfect for dropping the kids off at school and heading into town to do some shopping, it certainly ticks the right boxes. 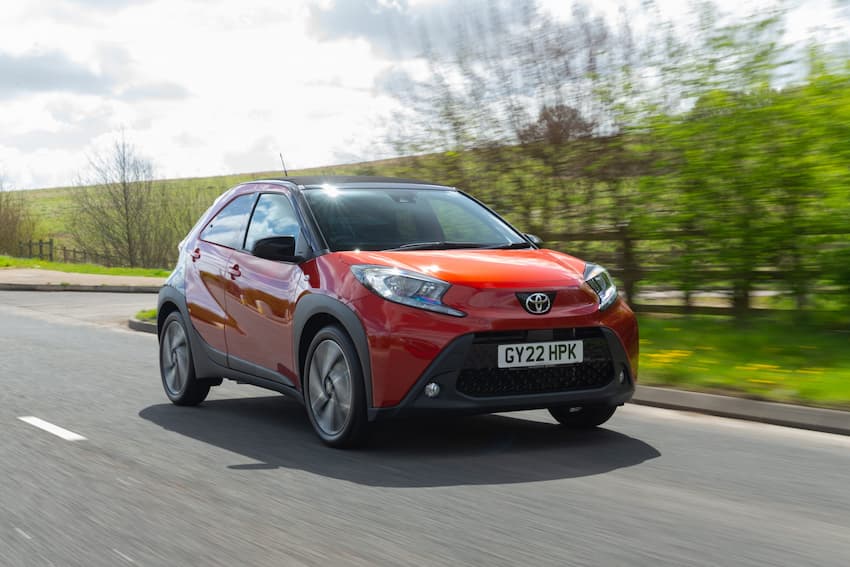