Here's how a car transporter is loaded

The Voyager 2 transporter was loaded with seven electric cars at the Arnold Clark Innovation Centre. 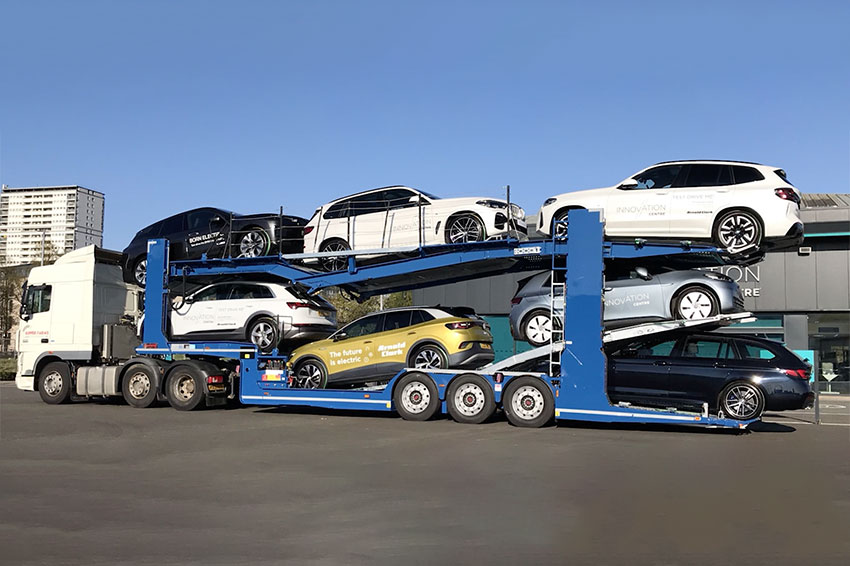 The Voyager 2 at the Innovation Centre

Last month, we welcomed Transporter Engineering to the Arnold Clark Innovation Centre, where they showcased their new Voyager 2 transporter.

One of the key features of the Voyager 2 is the incorporated electric powerpack, which allows the vehicle to be coupled to any type of tractor unit, giving customers the option of using alternative fuels in the future.

And Transporter Engineering gave an on-site demonstration of how the Voyager 2 is loaded, using seven vehicles from the Innovation Centre.

Here are the steps of how the transporter was loaded: