The FASTER Project will see the physical roll-out and installation of 73 rapid (50kW capacity) electric vehicle (EV) charging stations before May 2023. 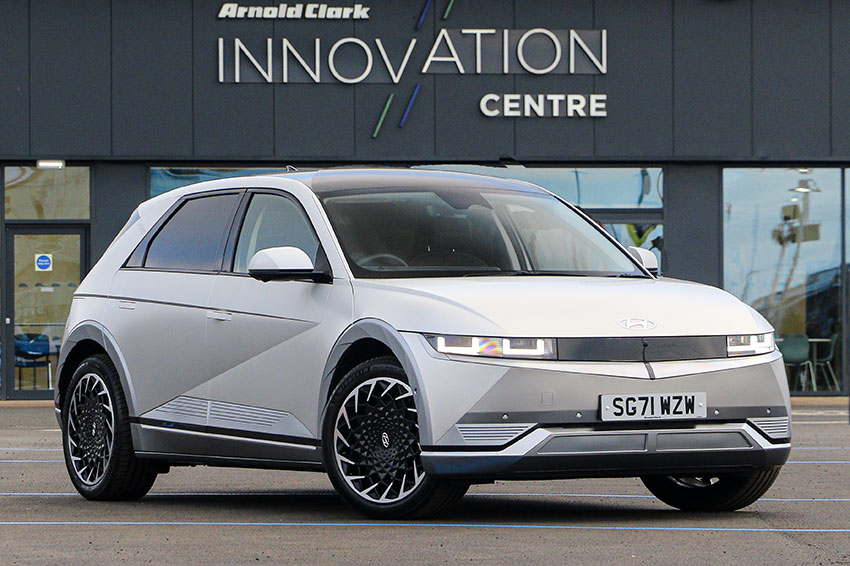 A project that plans to install rapid charging stations for electric vehicles in parts of Scotland, Northern Ireland and the Republic of Ireland is well under way.

The FASTER Project will see the physical roll-out and installation of 73 rapid (50kW capacity) electric vehicle (EV) charging stations before May 2023.

The FASTER Project, a joint initiative by partners in Scotland, Ireland and Northern Ireland, aims to support the transition to low-carbon transport systems. The FASTER Project has been awarded €6.4 million from the European Union’s INTERREG VA Programme managed by the Special EU Programmes Body (SEUPB).

The project wants to make sure that a lack of public charging stations won’t stop people looking to switch to electric.

Dr Euan McTurk of Plug Life Consulting and Ric Boullemier of Generate Media are helping to support the cause, and last month, Arnold Clark welcomed them to the Innovation Centre, where they reviewed several different EVs

The aim of the reviews is to highlight the ever-expanding range of EVs on the market.

Euan said: 'The Faster Project is delivering 73 much-needed fast and high-power chargers across the Republic of Ireland, Northern Ireland and the west of Scotland.

'I’m working with Generate Media, the absolute legends behind the camera, who are putting together a series of films for electric vehicle reviews.

'It’s all about getting people into EVs and showing them there’s such a broad selection of EVs out there.

'Our intention is to showcase ten of the best new and used car examples out there, with everything from compact city models to bigger, sturdy options.'

Donal Monaghan, from the Faster Project, added: ‘We’re delighted we’ve got Dr Euan McTurk working with us on the project.

‘Euan is hosting a series of monthly webinars for us and he’s also going to produce a series of films which will educate the public about the benefits of electric vehicles.