It’s one of the highlights in the motor calendar, with stunning cars on show as well as major debuts. 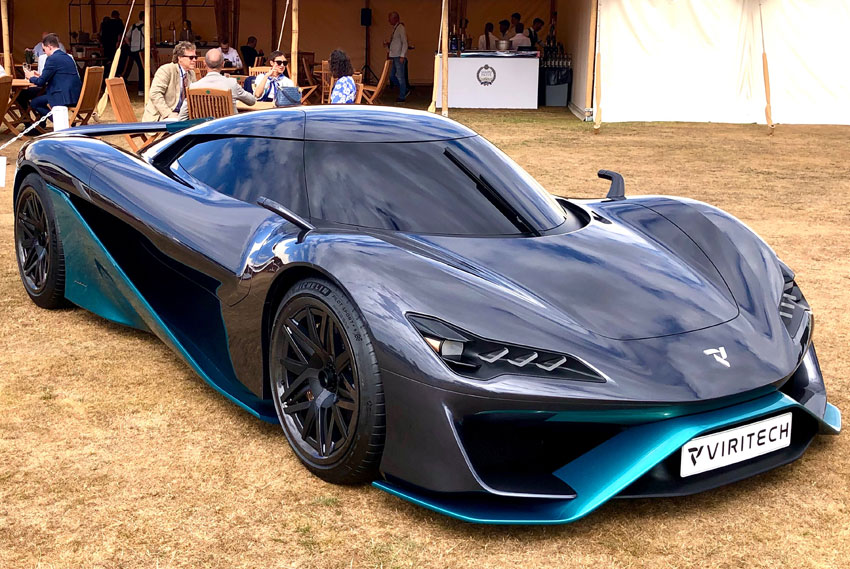 The hallowed South Lawn of Blenheim Palace in sunny Oxfordshire was turned into a millionaires’ car park when the 17th version of Salon Privé — resplendent with its eye-watering selection of supercars, hypercars and rare classics — rolled into town.

One of the annual highlights of the motoring calendar, Salon Privé 2022 once again delivered its fair share of stunning automobile exotica and major debuts.

Remember when ’supercars’ boasted of being capable of delivering 500bhp? Well, not only has the term ‘supercar’ been usurped by the modern day hypercar, but for bragging rights in the horsepower stakes, a carmaker now has to be able to deliver horsepower figures into the thousands.

No coincidence then that making its UK debut at Salon Privé was the Deus Automobiles' ‘Vayanne’ hypercar. I have to admit, I didn’t think it was the best-looking car on the parched, sun-baked lawns, but boy, was it powerful. Boasting a whopping 2,200bhp, it is officially the most powerful pure electric car in the world. 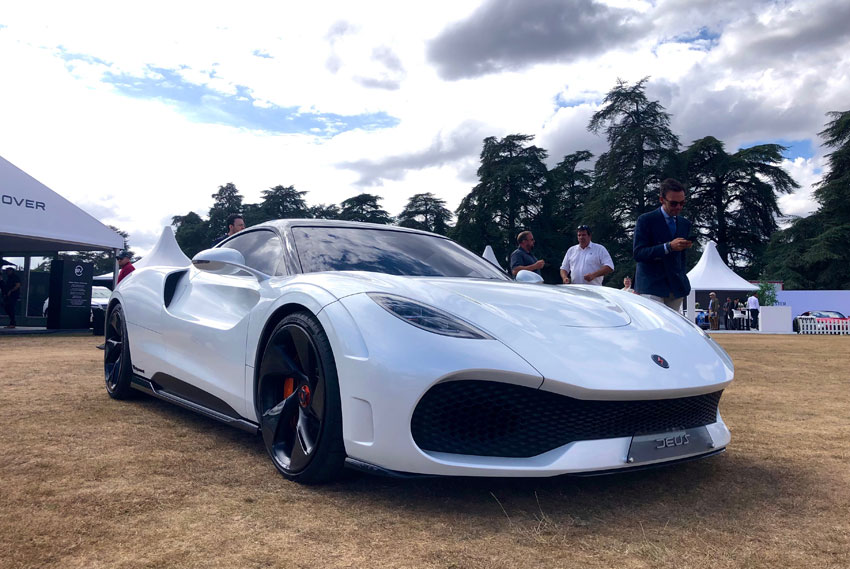 But fast as it may be — and it’s worth highlighting that the Vayanne has been designed, developed, and tested in conjunction with revered technical partners Italdesign and Williams Advanced Engineering — it was a late arrival to Media Day. It finally made its appearance early afternoon having been delayed at customs en route from Monterey Car Week and Pebble Beach.

Only 99 examples of the Vayanne will be built, with first deliveries scheduled for 2025. But what caught my attention, when reading the official press release from Deus Automobiles, is the fact they believe the car will ‘break the conventional hypercar mould’.

Not only will it provide ‘hypercar-level performance’, but it will also offer ‘luxury qualities, such as comfort, practical storage, and daily usability’. Daily usability! Yup, I can just hear the household chat, “Just nipping down to Tesco love; back in a minute!”

Failing to break through the 2,000bhp barrier, but only just, the Hennessey Venom F5 Roadster made its European debut just days after its global unveil in California. Based on the Hennessey Venom F5 Coupé, it’s been designed to offer ‘unparalleled performance and the world’s most exhilarating open-air driving experience’. 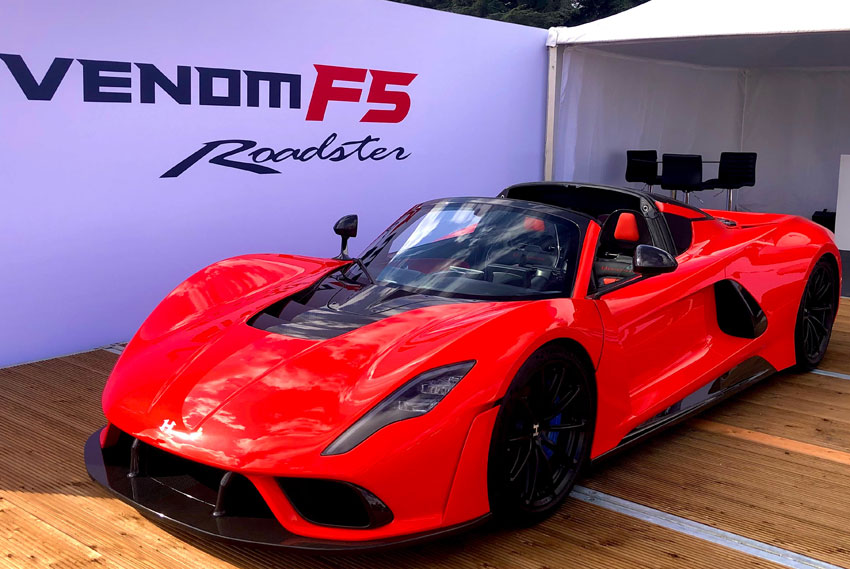 But while the American team has stuck with petrol-power, British company Viritech displayed the world’s first hydrogen hypercar, the Apricale. The stunning, super-sleek model has been styled by Pininfarina but developed by Viritech themselves.

The FCEV hydrogen powertrain — combining fuel cells and batteries functioning together — delivers 1,000bhp in a hypercar weighing less than 1,000kg. Production will start in 2024, with a limited run of only 25 cars.

Meanwhile, French company Nardone Automotive displayed its head-turning reimagining of the classic and iconic Porsche 928. Based on the 45-year-old original — the only sports car to ever win the hallowed Car of the Year title — the Nardone is a tailor-made GT, boasting silky smooth external lines on a body made almost entirely of composite materials.

Under the bonnet, the V8 gets a performance boost to an anticipated 400bhp, while a six-speed manual gearbox and limited-slip differential have also been introduced.

Two of the cars that attracted the biggest crowds were the De Tomaso P72 and the Dallara Stradale. Both displayed by independent supercar dealer Joe Macari, the De Tomaso P72 pays homage to the mid-Sixties P70 sports racer. Just 72 examples of the P72 will be built worldwide.

The Dallara Stradale, meanwhile, is the first road car to be built by the eponymous Italian builder of race cars.

At Salon Privé, there’s always a ‘bonkers’ set of wheels, and this year it came in the form of the Engler Desat. Making its global debut, it’s a dramatic evolution of the Slovakian company’s Superquad concept.

The brainchild of Victor Engler, founder of Engler Automotive, the Desat is madness personified. With a top speed of 186mph from its 650bhp 5.2-litre V10 engine mated to a seven-speed dual-clutch gearbox, and capable of hitting 62mph from standstill in a jaw-dropping 3.0 seconds, it’s ridden like a motorbike.

Officially the Desat puts “the rider at the centre of the vehicle and delivers the tactility and visceral involvement of a superbike with the raw speed and drama of a hypercar”. Right, that explains it then! 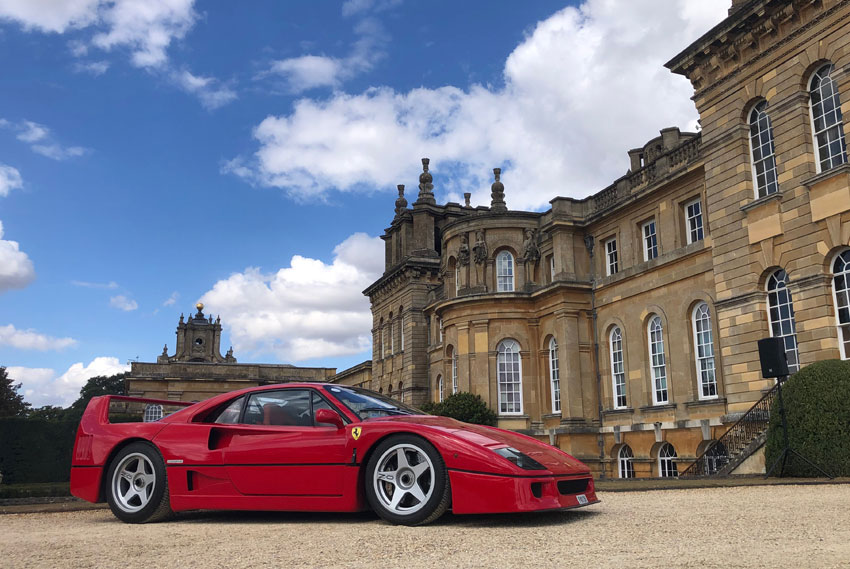 In complete contrast, mainstream manufacturers also got in on the act. Rolls-Royce gave its Phantom Series II its UK debut, while Jaguar Land Rover displayed its Range Rover SV Electric Hybrid. The latter combines a six-cylinder Ingenium petrol engine with the power of a 38.2kWh lithium-ion battery. Delivering 507bhp, the extended-range plug-in electric hybrid provides up to 69 miles of pure-electric driving.

And to mark the Queen’s 70th Jubilee, the Salon Privé organisers curated a display of spectacular, as well as rare, platinum and silver-coloured motor cars of all ages under the Platinum Collection banner.

Included in the display, worth countless millions of pounds, were two outstanding McLaren F1s, chassis #063 and #064, plus the first official production Bugatti EB110 Super Sport, chassis #01, ordered new by the Sultan of Brunei. There was also the only official Ferrari Testarossa Spider produced, a custom order in 1986 for the then Fiat Chairman, Gianni Agnelli.

I had two personal favourites at Salon Privé, and both were titchy. The first was the McMurtry Spéirling, the British electric car which, in June, shattered the all-time hill climb record at the Goodwood Festival of Speed, clocking 39.08 seconds in the hands of former F1 racer Max Chilton.

In complete contrast to the modernity of the McMurtry electric powertrain and unique fan-powered downforce system which allows the car to generate more than double its own weight in downforce, my other fave was the 1928 Austin Seven Sports Saloon by Swallow, resplendent in its ivory and lime green paintwork. Absolutely stunning.

… Ok, a third favourite: the 1963 Citroen 2CV Sahara. Cute. Oh! And a shout out to the 27-litre Rolls-Royce Phanton II Handlye Special in the Platinum Collection.

As always, there is something exceptionally special about Salon Privé. It’s not just the modern day hypercars, it’s also the priceless classics of yesteryear. It allows a glimpse into the rarefied existence of the men and women who not only own but drive these blindingly expensive cars.

Many are cars which, despite their astronomical value, were simply driven to the event, rather than transported through a specialist company as you might expect. Peer through the windows and you can spot the gentleman’s blazer and his wife’s sunhat, both lying next to a flask and coffee cups, plus dusters and tins of polish.

It’s wonderful to see the owners fire the cars’ engines up, pop the bonnet and tinker away to their hearts’ content, ensuring they run with the same smoothness as when they left the factory. It is indeed a spectacular event.