The University of Glasgow Racing Team have revealed why they have decided to ditch an internal combustion engine and move to electric. 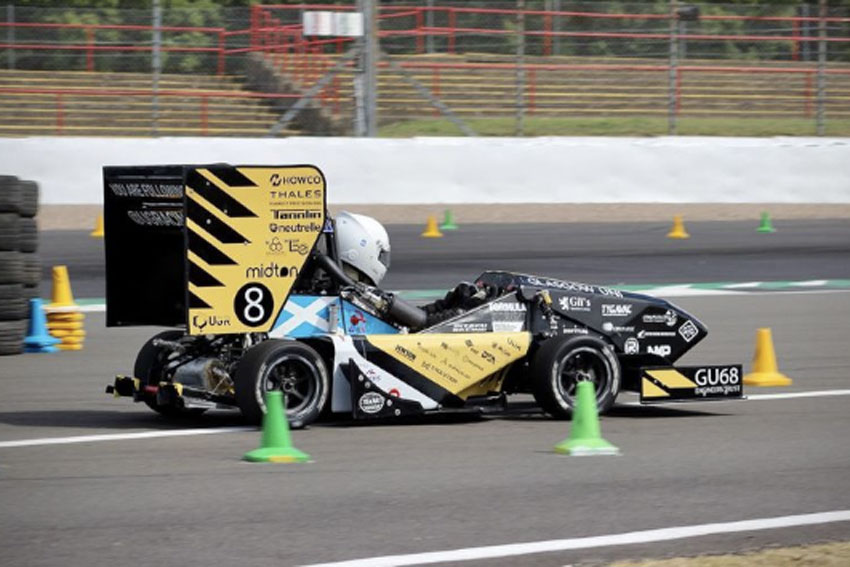 The University of Glasgow Racing Team believe they’re on the right track after they made the decision to switch to electric.

The team, who compete in Formula Student, have decided to ditch an internal combustion engine and move to electric ahead of the new season.

Earlier this year, UGRacing won Formula Student UK, becoming only the third British team to do so and the most successful team in Scottish history.

However, this year’s team members have explained their reasons behind why UGRacing are changing direction. 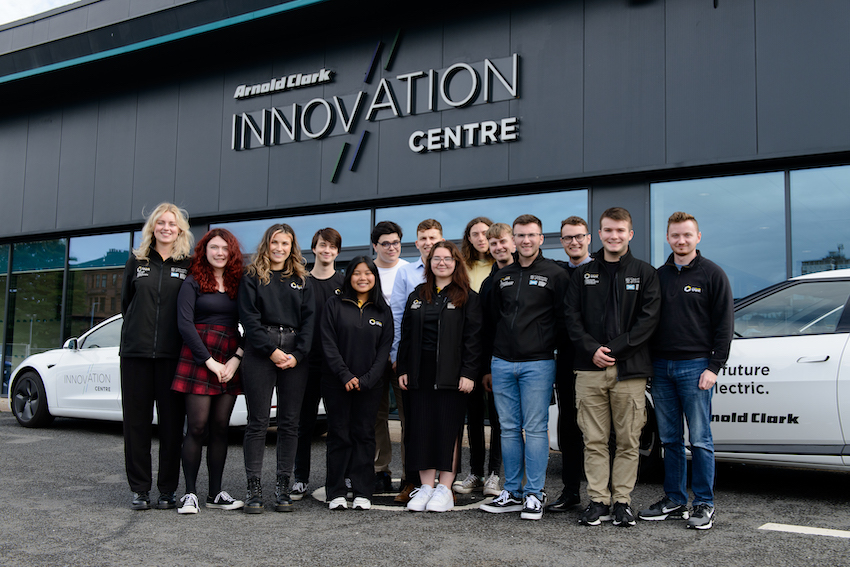 Arnold Clark, a proud sponsor of UGRacing, recently caught up with the team at our Innovation Centre in Glasgow.

For third-year product design engineering student Jamie Clarke, there’s quite the challenge ahead for him as he makes the step up to Team Principal after being deputy last year. 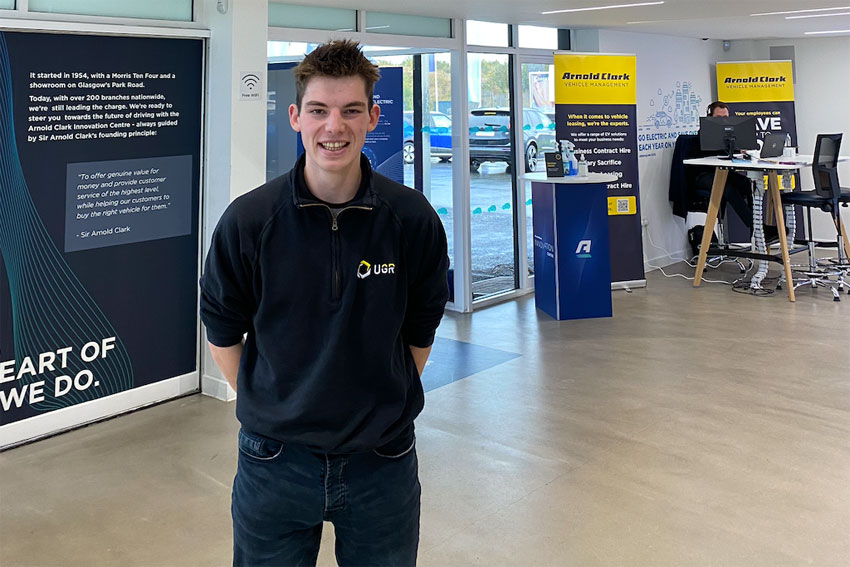 However, Jamie sees no reason why the team can’t emulate last season’s success – despite going electric.

“It’s a fun role and it’s challenging, but it’s definitely rewarding,” he explained.

“The team has grown in size and morale is high, it’s exciting to see how we will transition after our most successful year ever.

“We’d been building internal combustion engine cars since 2012, so it was nice to finish on a high last year.

“Going fully electric this year, we want to remain competitive, but it’s important we deliver a safe and reliable car.”

Formula Student is a testing ground for the next generation of world-class engineers, where teams must design and build a single-seat racing car.

But Jamie feels the time was right to switch lanes and go to electric.

He explained: “The competition is heading in an electric and sustainable direction. We’ve also carried out two years of research before making the decision. Ultimately, to keep in line with the automotive industry, as well as Glasgow as a city, we wanted to head in the same direction.

“We’re lucky to have a lot of expertise in the team, which can help us with the transition.”

Lucas Blair, Head of Manufacturing and Testing, oversees the building and design of the car, and with the introduction of an electric race car, it’s vital that he makes sure it’s safe for everyone involved. 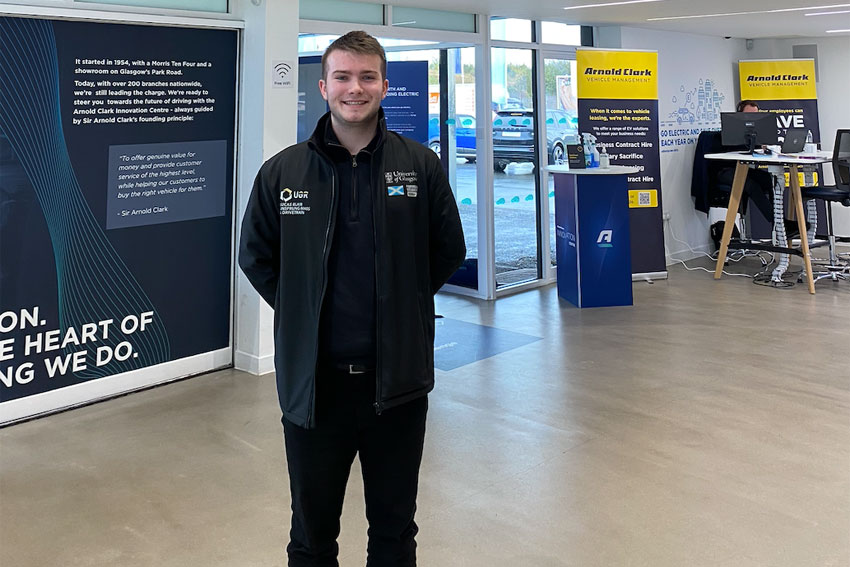 “Most of the teams, especially in the UK, have been used to internal combustion engine cars for so long, so it’s big a change.

“When it comes to the manufacturing side of an electric car, everyone has to be trained to a certain level to be able to work it.

“Being able to assemble the battery correctly will be one of the main issues, it’s one of the things the judges at competition look at closely, so we have to follow some very strict rules.” 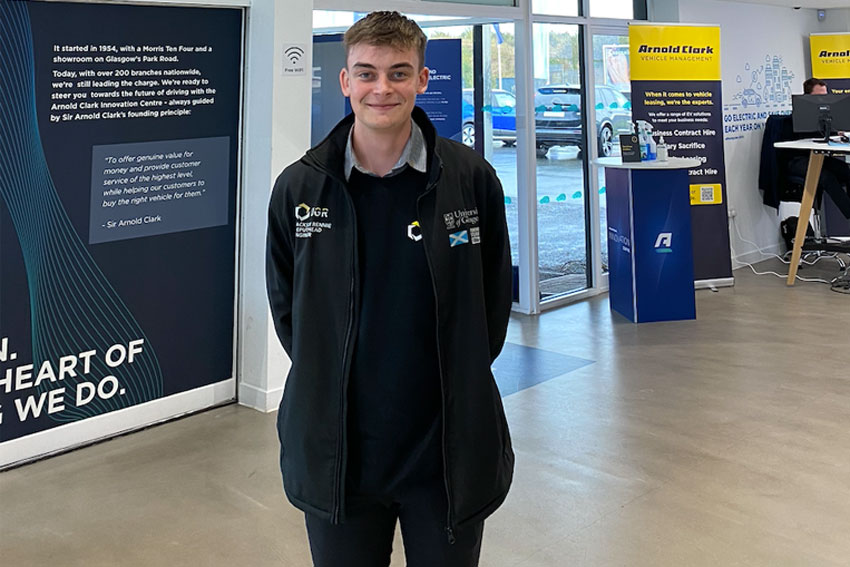 The third-year aeronautical student said: “At the start of the year, we set our targets and goals. However, there are a lot of safety aspects we must keep in mind when dealing with the different projects.

“We’re currently in the design phase. We’re a big team, but we have to make sure our ideas are safe and reliable. With electric cars, we’ve definitely found that it’s a more strenuous process in terms of safety.

“It’s been a lot of work, but we’re in a good place and on target to hit our deadlines.”

Meanwhile, within Formula Student, there’s another competition on AI (artificial intelligence) and, for the past few years, UGRacing have entered in it.

For Jamie Robb, the team’s Head of Driverless, it’s an exciting project, and one that many feel could be a big part of the automotive industry in the near future. 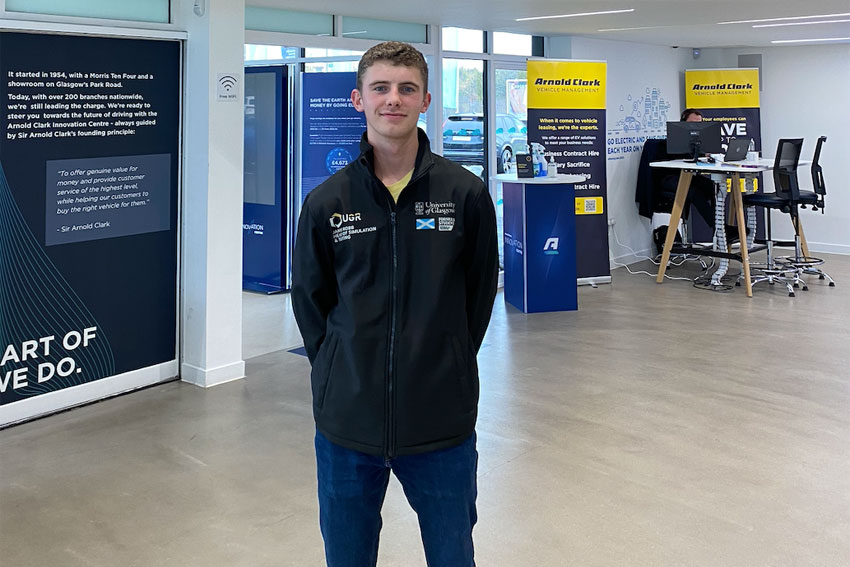 He said: “The team has really grown over the past few years and we want to get ahead of some of the new technologies.

“We have a sensor plate, which is ultimately, the eyes of the car. It also has cameras, which are constantly scanning for obstacles to work out where things are on the track. That information is passed through using a lot of maths.

“As this continues to improve, the car is then able to optimize its route. It’s a lot of programming, as well as working with hardware and sensors on the car.”

So, could driverless cars soon become a reality? Or will it be classed as too dangerous?

“For competition, it’s safe because no one will be near the car on the track,” replies Jamie with a smile on his face.

“On our car, we’ve also got a kill-switch, and someone can use that at any time.

“Driverless cars will happen at some point, there are already examples of it. In America, there are driverless taxis, which are fully self-controlled.

“There’s a lot of research going into it to see how it will work in the real-world. Of course, there are a few ethical questions around it which will always be challenging.”

As the team gears up for this season, they insist that their electric model is here to stay, and it certainly won’t impact their performance on the track.

Jackson added: “Our decision to move to electric has been really well received by everyone, and we’ve had a lot of support.

“You see all over the world that people are looking for a more sustainable approach to things, and we wanted to follow that trend.

“I think it’s only a matter of time before electric cars, or at least, some sort of hybrid, will be in Formula One. You can already see the rise in popularity of Formula-E.

“The potential is definitely there for electric cars to provide the same spectacle as you see in Formula 1.”