MG invites Tim Barnes-Clay to put the new MG4 EV to the test. 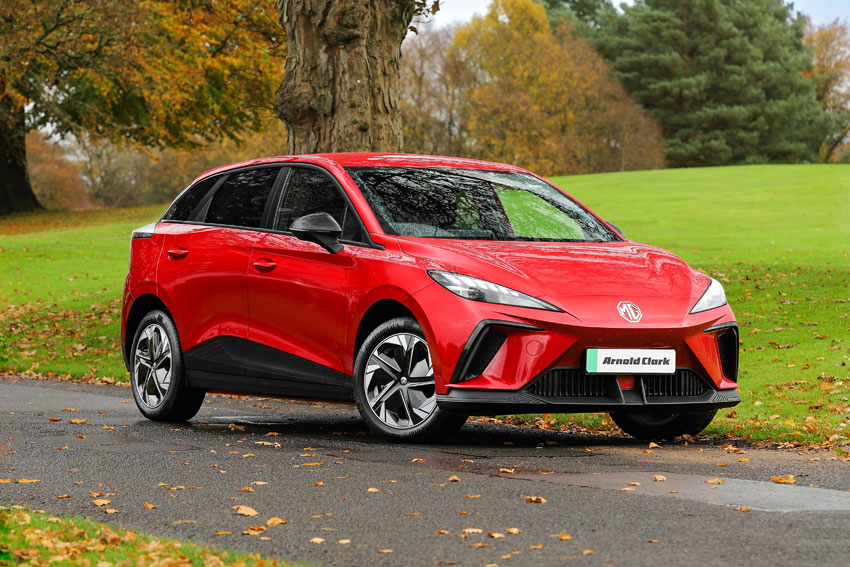 MG is positioning itself as an electric car manufacturer for the masses. The automaker has already given us the ZS and MG5, which are both reasonably priced.

The MG4 hatchback, though, is built on a brand-new platform which should bring some improvements from the lessons MG has learned.

It certainly looks the part. Few cars could lay claim to taking inspiration from a Lamborghini Urus, but the MG4’s front end, with its slope, jagged headlights and aggressive air intakes, looks like MG’s designers have based it on Lambo’s iconic appearance.

Admittedly the rear looks nothing like a Urus, and its shapeliness won’t be to everyone’s tastes, but it at least has personality and a cool lightbar running along the width of the boot. 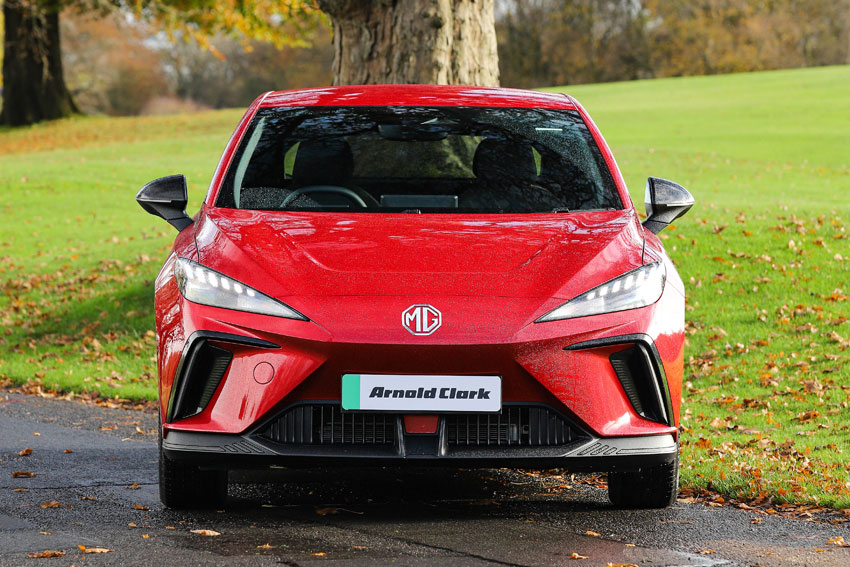 Prices start from just a fiver under £26,000, which is inexpensive by electric car standards – for comparison, it’s cheaper than the Vauxhall Corsa-e.

This gets you the SE version, which comes with 17-inch steel wheels, MG Pilot, a 10.25-inch touchscreen, a seven-inch digital instrument display, Apple CarPlay, Android Auto and a 51kWh battery.

The SE Long-Range is the same spec but comes with a 64kWh battery. Meanwhile, the flagship Long-Range Trophy, tested here, adds a 360-degree camera, wireless phone charger, SatNav, heated front seats and steering wheel, plus the ability to unlock your car from your mobile phone.

All variants are, impressively, rear-wheel drive. 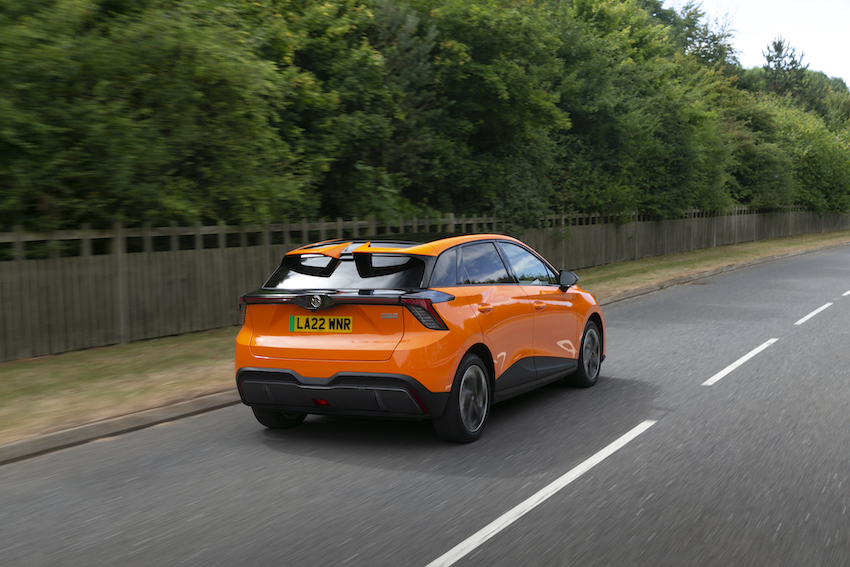 Range in the bells and whistles Long-Range Trophy measures in at 270 miles, compared with 218 in the SE Standard Range and 281 miles in the SE Long Range.

One curious thing is that, despite having more power than the smaller battery version, the Long Range variants are 0.2 seconds slower from 0-62mph due to the extra weight.

Nevertheless, it’s hardly worth worrying about – and the MG4 isn’t exactly slow anyway. Acceleration off the line is good, though not ferocious, and the MG never feels short of power at higher speeds when you’re looking to overtake.

The new platform should mean more thought has been given to the handling, and I’m happy to report that this rings true.

Since MG’s revival, the MG4 is by far the best handling car it’s produced, feeling settled and offering a good blend of ride comfort and agility in the corners.

The driving experience is helped by the MG4’s responsive steering, although, if you take a bend at speed, you’ll feel a bit of body lean.

The regenerative braking is impressive, too, feeling consistent and predictable. However, you do need to press the brake pedal to bring the car to a complete stop.

Inside, it's excellent for what is: a relatively cheap vehicle that far exceeds budget car expectations.

The infotainment screen and digital instrument display sit next to each other on an uncluttered dashboard. Meanwhile, piano black styling surrounds the two-tiered centre console which offers plenty of storage space with various cubbies.

Even the steering wheel looks appealing, with a flat bottom and buttons that are also surrounded by piano black.

Despite the minimalistic design, cut-price plastics do feature quite heavily. Mind you, some plush, soft-to-the-touch surfaces are on the dashboard and doors.

Overall, though, the MG4 looks and feels well built, while the infotainment system is reasonably responsive but not class-leading. 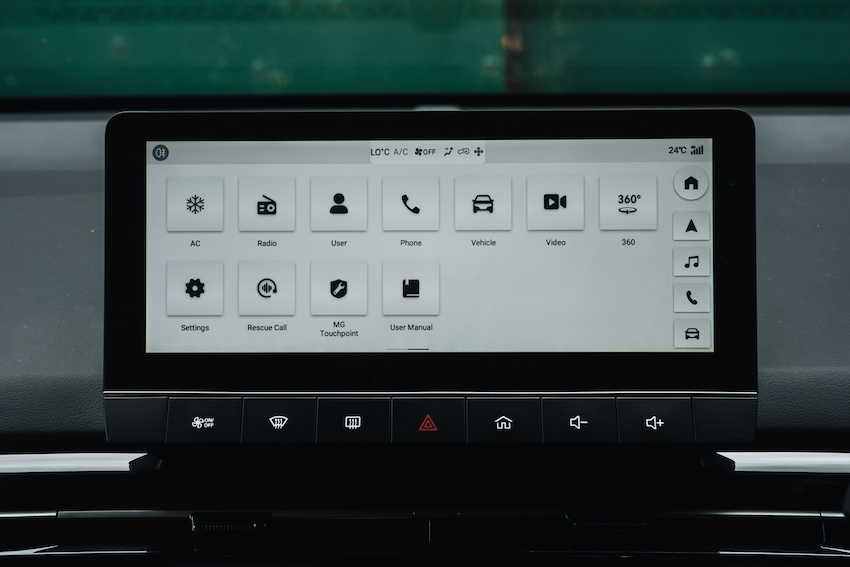 There is a good amount of room in the front and back, although taller passengers will be brushing their heads on the roofline in the rear. But there’s a genuine amount of rear legroom on offer - unless the front seat occupants are very tall.

Boot space measures in at 363 litres, which is smaller than its closest rivals, such as the Volkswagen ID.3, but the boot opening is wide and accessible. In addition, 1,177 litres of cargo capacity is offered with the rear seats folded down in a 60/40 split. 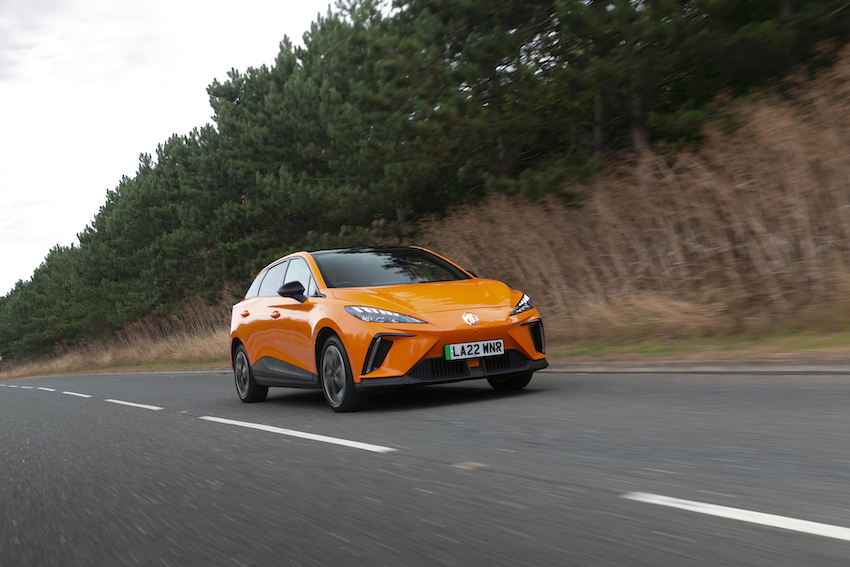 A 135kW charging speed is offered, which is marginally quicker than its closest competitors. Meanwhile, the smaller battery is slightly slower at 117kW, making for a 35 minute 10-80 per cent charge time with the larger battery and four minutes longer with the smaller one.

Servicing costs should be reasonable, while the zero emissions make it an excellent choice for company car users – and there's no road tax to pay. In addition, an impressive seven-year warranty is offered as standard, albeit limited to 80,000 miles.

Euro NCAP is yet to test the MG4, but the last MG put through its paces – the ZS EV – scored a five-star rating. So, I’m hopeful the MG4 will do well, especially as it features MG Pilot as standard.

If you’re still not convinced, the good news is other variants are coming soon, one with a range of nearly 340 miles and another as a dual-motor performance version. Although details are sketchy, this edition could have nearly 445 horses and a 0-62 time of 3.8-seconds. 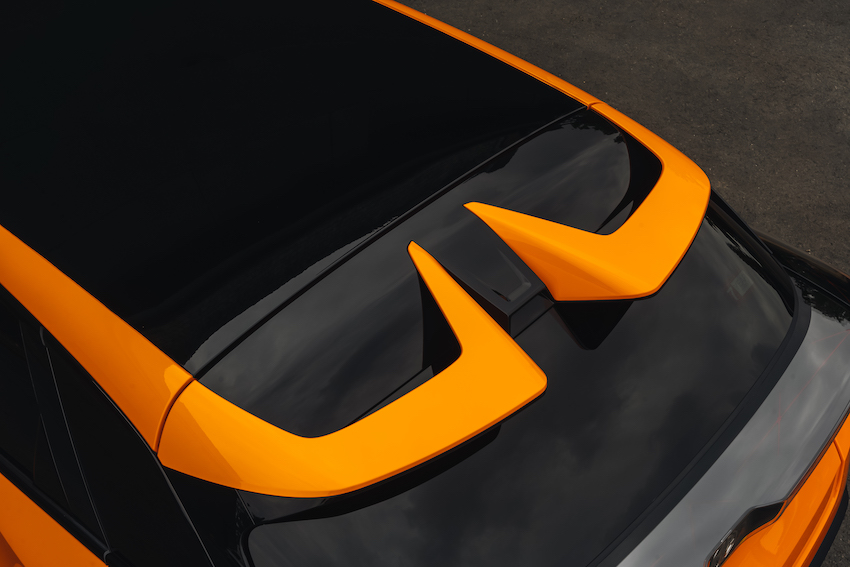 Overall, the MG4 EV is excellent value for money. Sure, the interior materials are a bit cheap, but these imperfections can be overlooked because, for an electric car in 2022, the price is highly competitive, to say the least.

The MG4 is impressive to drive, too – even if it doesn’t quite compete with the more established brands in terms of refinement.

So, if you’re after a sporty-looking electric car that's nice to drive, well-equipped, practical and incredibly cheap to run, you don’t need to look much further.