We take a look inside Sir Arnold Clark’s classic car collection in this series of blog posts. For our first instalment, it’s the Ford Model T, of which Sir Arnold owns two. 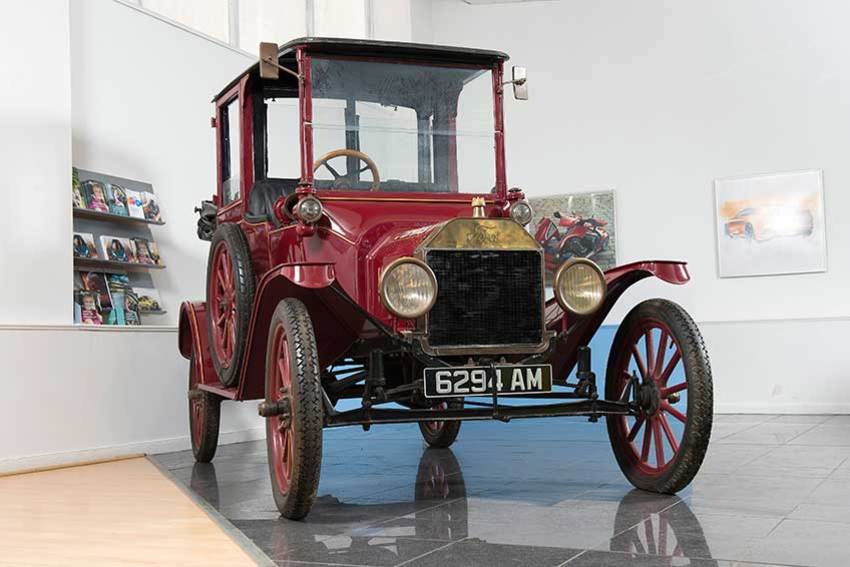 We are going to be taking a look at Sir Arnold Clark's extensive collection of classic cars in this series of Newsroom blog posts. Here we start with the oldest in his collection; the Ford Model T, of which Sir Arnold has two.

The Ford Model T, colloquially known as ‘Tin Lizzy’, is the car that brought affordable motoring to the masses. The Model T was produced from October 1908 to May 1927. During that time, the automobile shifted from being a novelty item, to something that almost every worker could afford. For this reason, the Model T is a seminal piece of automotive history. 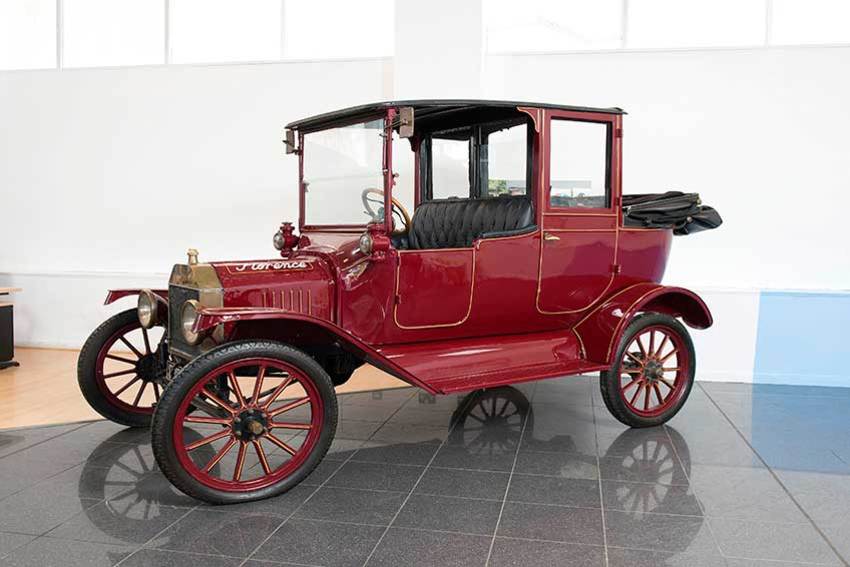 The 1915 Model T Town Cars were produced in January 1915 at Highland Park, Michigan. Noticeable features were their brass rims and cowled firewall, and for the first time, electric headlights were now standard. 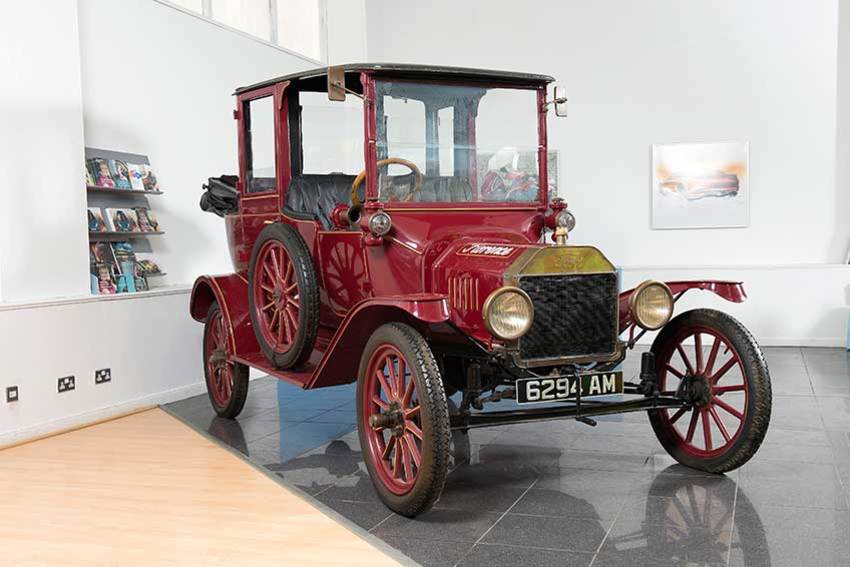 The Town Car variant was always more expensive than the Tourer; in 1915, there would have been around $250 in it. There were only 1,600–2,000 units produced each year, so there are fewer Town Cars surviving today.

This particular ‘T’ was originally supplied through F.H. Peacock of Balham. Well-known Veteran Car Club stalwart George Evan-Cook O.B.E then acquired the car, and christened her ‘Florence’. The car was a common sight at VCC rallies and was featured in an illustration by artist Gordon Davies in Anthony Bird’s profile publication on the model in 1969, shown below. 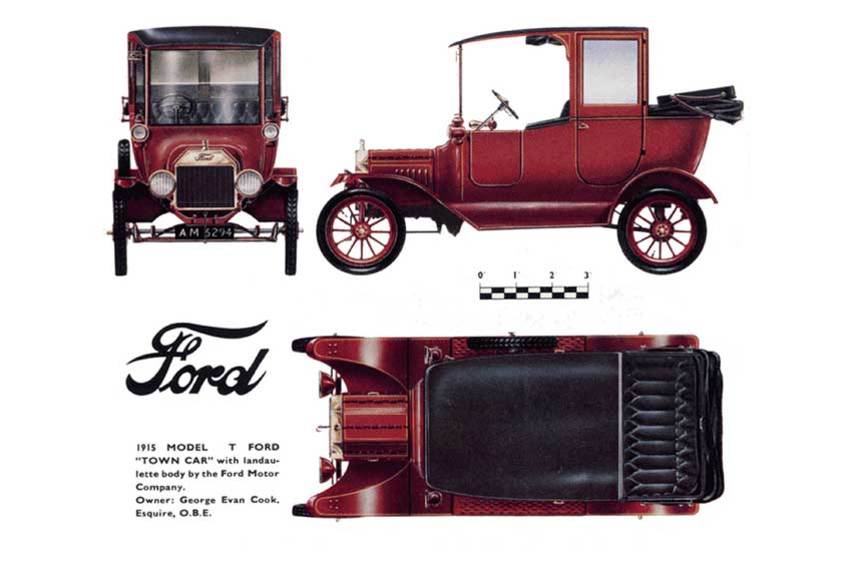 The car was then taken into the Sullivan collection in Hawaii, and later returned to the family of the former owner after the collection was disbanded in 1990.

The Ford spent most of the 1990s in restoration by a main Ford expert. The interior was brought back to life with a period button leather trim, and the Laundaulette top was renewed. The chassis was repainted and the engine overhauled. 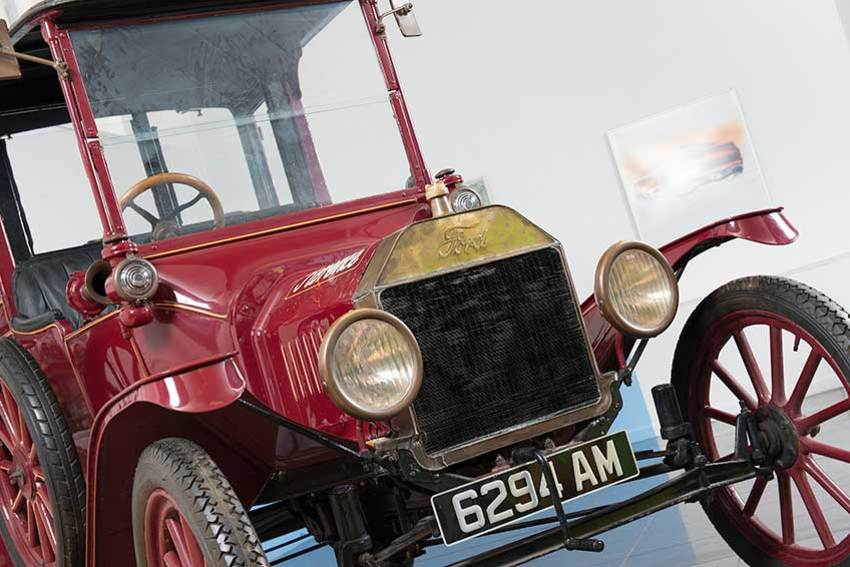 The ‘T’ currently resides at our Ford Parkhall branch and is kept in tip-top condition. 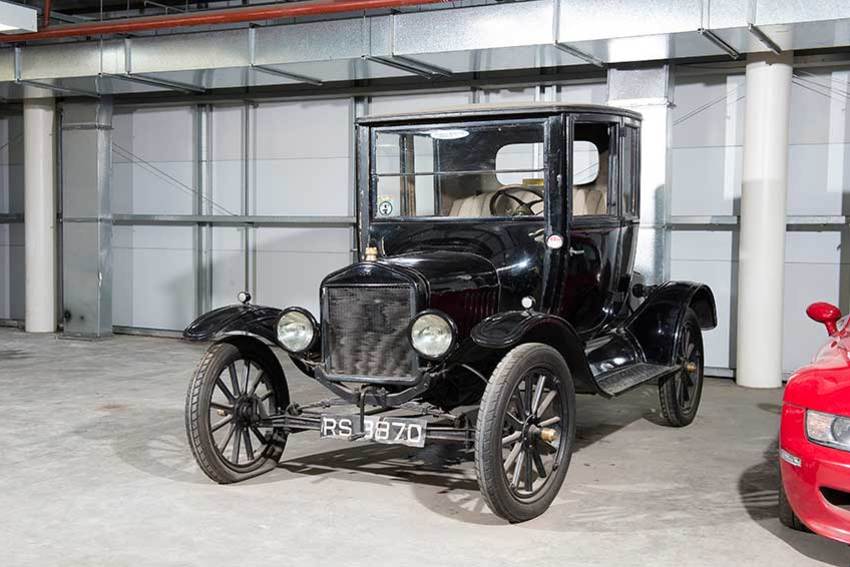 The chassis was painted black with black fenders and the 1924 models were continued until 1926, with only minor modifications. 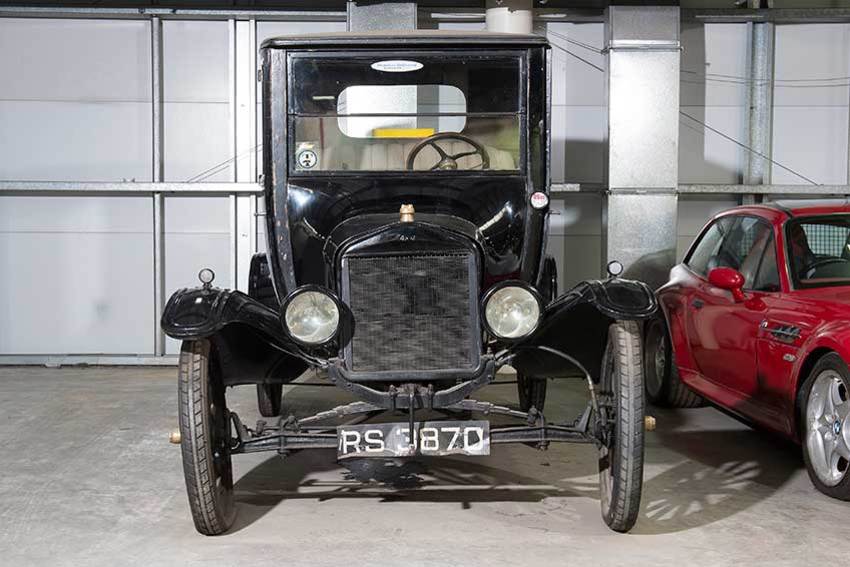 The front fender was curved and given a wider appearance by moving the embossed bead to the inside edge.

The high hood was the same as the 1923 model and the lamps had black steel rims, as opposed to the brass used on earlier models such as the 1915 Town Car shown above. 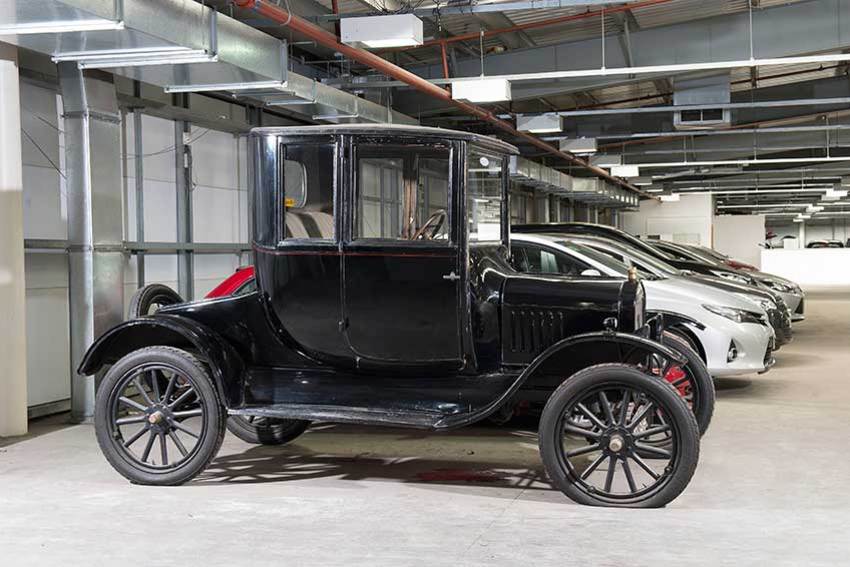 There were 327,584 of these Coupés built in 1924, so the model is not quite so rare as the 1915 Town Car, but this particular model has been kept in excellent condition and resides at our Motorstore, South Street branch in Glasgow, where it is continuously cared for.