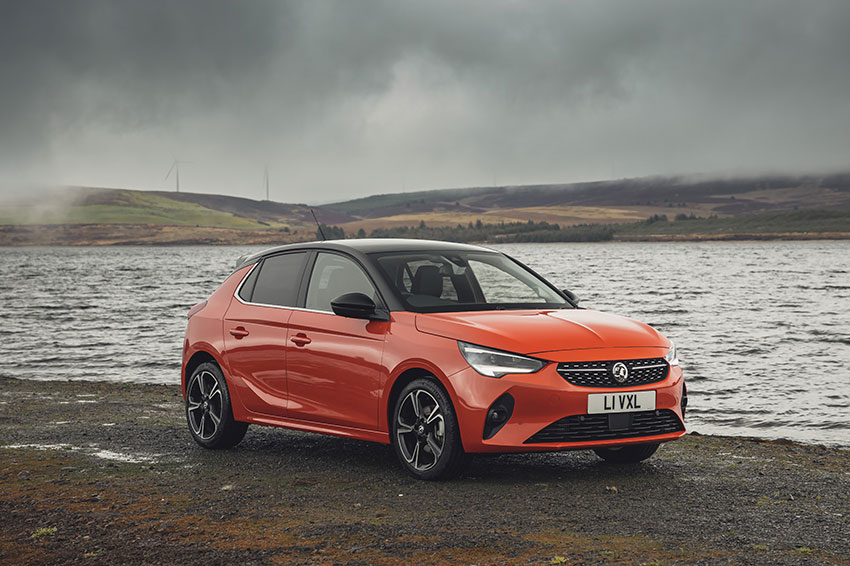 Since it first arrived in 1993, the Vauxhall Corsa has become the typical everyday runabout. It seems that everyone has owned one at some point. My wife had a Corsa when I met her. She called the it Colin; don’t ask me why, but the name kind of suited it. Oh, and my mum’s on her second Corsa in a row. And my stepdad has had a couple as well. And it’s easy to see why – the Corsa is a flexible and affordable car. It makes for a top first car, and it also happens to be a brilliant school-run vehicle. Trust me, I'm a dad of three, and there’s always been a Corsa or ten parked outside my kids’ school.

It’s no shocker, then, that the Corsa became Britain’s bestselling car in September 2019 – 12,921 were shifted to reach the top spot. That could have been a fitting finale for the Vauxhall, but why stop a party when it’s clearly in full swing? You may as well make hay while the sun shines, and that’s precisely why another version of the Corsa is now available to buy. This one looks radically different from the last car, though. It’s more grown-up and has gone from looking a little like a well-dressed minivan to a bigger, more mature hatchback.

Interestingly, the fifth generation of the Corsa is lighter and lower; it’s also more economical than the departing model. It’s good value, too, with the basic 1.2i (75PS) SE petrol-powered Corsa priced at just £15,500. But that’s just the starting point. The top of the range model will set you back another ten thousand notes if you opt for the Ultimate Nav edition. And, yes, you’ve predicted it – this is the spec I was given to drive at the car’s official UK media launch. 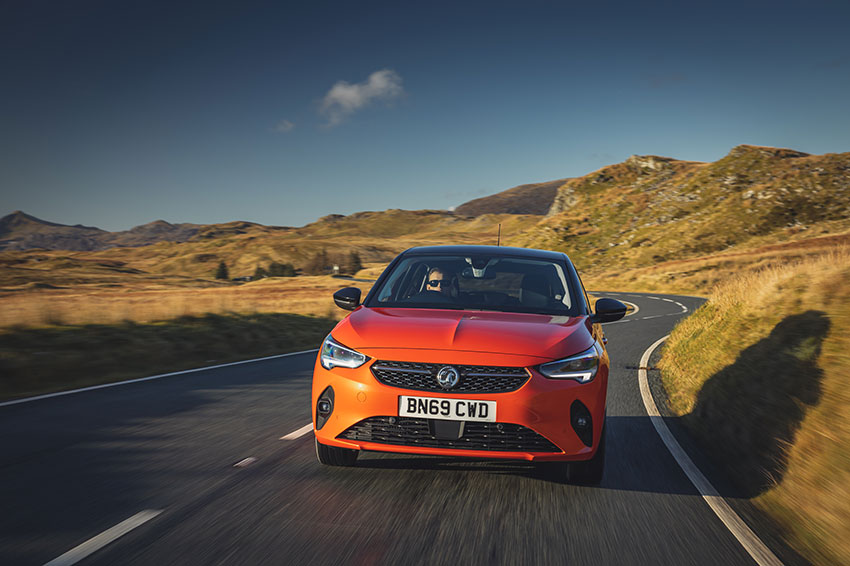 Without wishing to sound pretentious, I reckon the new Corsa marks the first step of a new journey for good old Vauxhall. After all, this is the first griffin-badged model made under PSA proprietorship. The French firm owns Citroën, Peugeot and DS, so it’s no surprise that the replacement Corsa shares some of its new parent company’s parts. For example, it sits on the same platform as the latest Peugeot 208 and uses an identical line-up of 1.2-litre engines. Narrow your eyes, and you can even see traces of the 208 if you stare at the all-new Corsa from the side. However, it's still got a distinct character – and this is never more evident than when you sit behind the wheel.

Everything about the Corsa’s switchgear is instinctive, and the seating is low-slung, so the drive nearly feels athletic. I say ‘nearly’ because the Ultimate Nav’s 1.2-litre 99bhp petrol turbo powerplant gets the car from zero to 62mph in 10.2 seconds. It feels faster than that, though. This is probably because the steering wheel mounted paddles connected to the eight-speed automatic transmission box help to give you a sense of involvement. Changing up and down via these is a real grin-inducer, in and out of bends. Of course, you can leave the gearbox to work through the cogs itself, too – as most people indisputably will. The transmission is so slick, and it makes driving painless, especially around busy urban areas. Manual gearboxes are also available in five- and six-speed layouts, but the automatic is so effective it’s worth forking out more for. My only slight grumble is that the steering is a little on the light side. It’s useful when tackling urban roads or for parking manoeuvres, but a more substantial feel would trigger more assurance at speed. 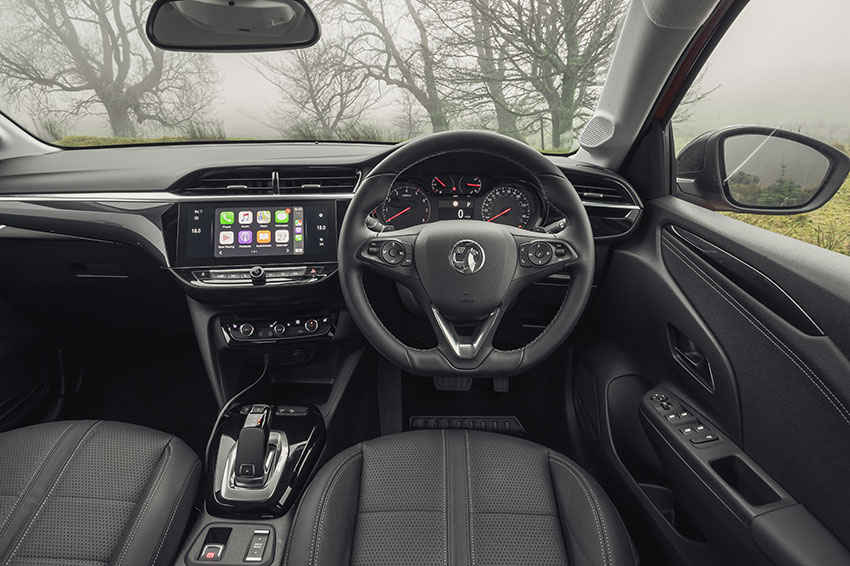 The all-new Corsa will seat five people, but four is more realistic – and comfortable. It’s also more accessible than ever to get your offspring into their child seats. Why? Because this latest incarnation of the Corsa is made in five-door form only. The former three-door choice might have looked jaunty, but it was always restricted in terms of practicality. You’ll get a couple of tots and their safety chairs or two adults into the rear bench of the new model, but head and legroom will be tight for anyone on the lofty side. On the other hand, bootspace has expanded by 24 litres, giving a total cargo capacity of 309 litres. That’s just enough for two or three medium-sized flight cases – and you won’t have any problems squeezing a folded buggy into the boot, either. 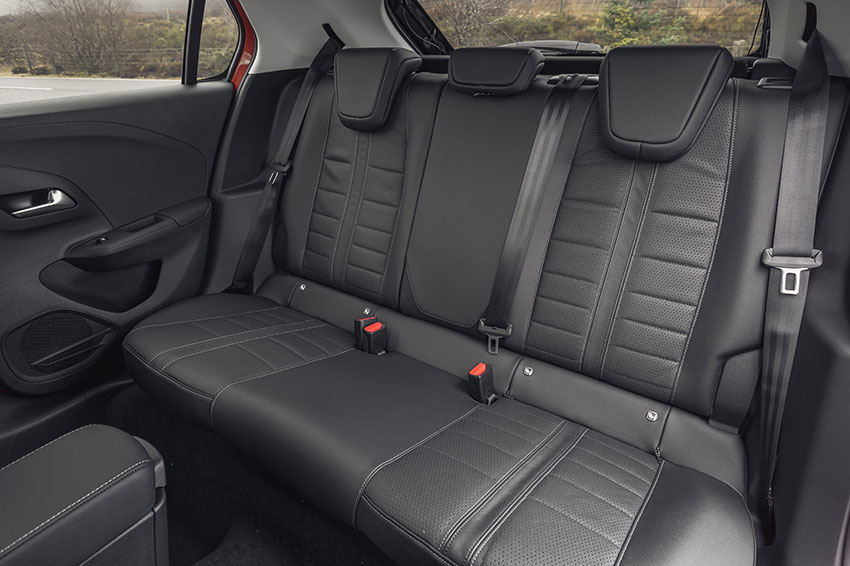 Now, safety is plainly something you shouldn’t disregard when looking around for your next set of wheels. The all-new Corsa has a strong line-up of features on that front, including speed sign recognition, lane departure warnings, hill start assist, and automatic emergency city braking. In terms of testing, Euro NCAP has given it just four out of the maximum five stars. That’s a shame, but it shouldn’t be a dealbreaker because this is still a well-protected, highly developed vehicle. The all-new Vauxhall Corsa can be bought now from Arnold Clark, propelled by petrol and a 1.5-litre diesel. But also keep your eyes peeled for the all-electric version of the model. It’s called the Corsa-e and will be appearing on UK roads a little later this year. Whichever way you throw the dice, we're likely to be seeing lots more of the Vauxhall Corsa for decades to come. 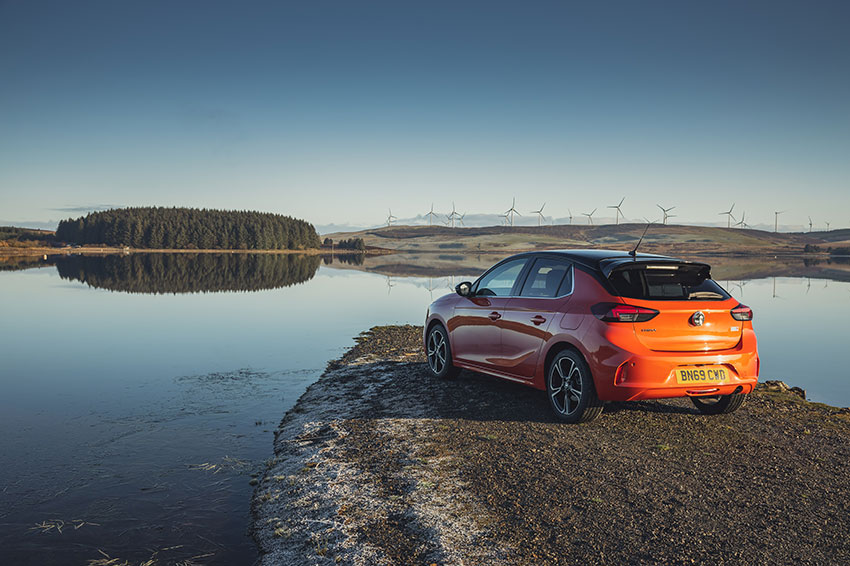