Famous movie cars – where are they now?

In celebration of the Oscars, we look at what happened to some superstar cars – from Knightrider's KITT to the DeLorean. 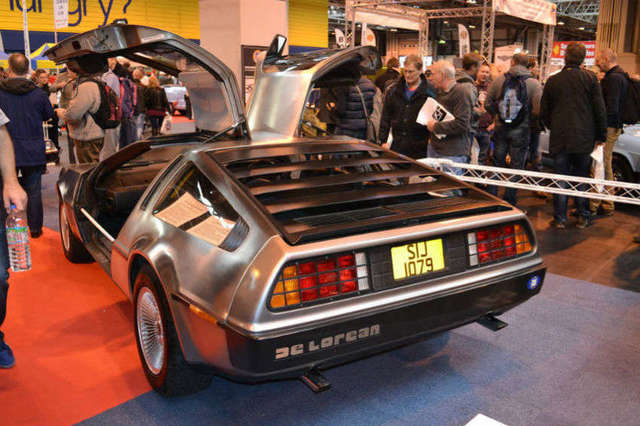 The DeLorean was actually used by Anne Hathaway and James Franco at the 2011 Oscars event...

The 86th Academy Awards, and a whole host of sleek celebrity cars pulled up to the red carpet. In celebration, we thought it was a good opportunity to look at where famous movie (and TV) cars are now.

Where is the Back to the Future DeLorean now?

The Time Machine Restoration team undertook a year long restoration project on the original DeLorean DMC-12, which appeared in Back to the Future I, II and III. The project involved restoring the bruised body panels and flux capacitor, and replacing many parts damaged in the time it had spent on outdoor display.

The DeLorean is now on permanent display at its new home in the Universal Experience at Universal Studios.

Hosts Anne Hathaway and James Franco "arrived" in a "DeLorean" at the 83rd Oscars ceremony in 2011.

Where is KITT from Knight Rider now? 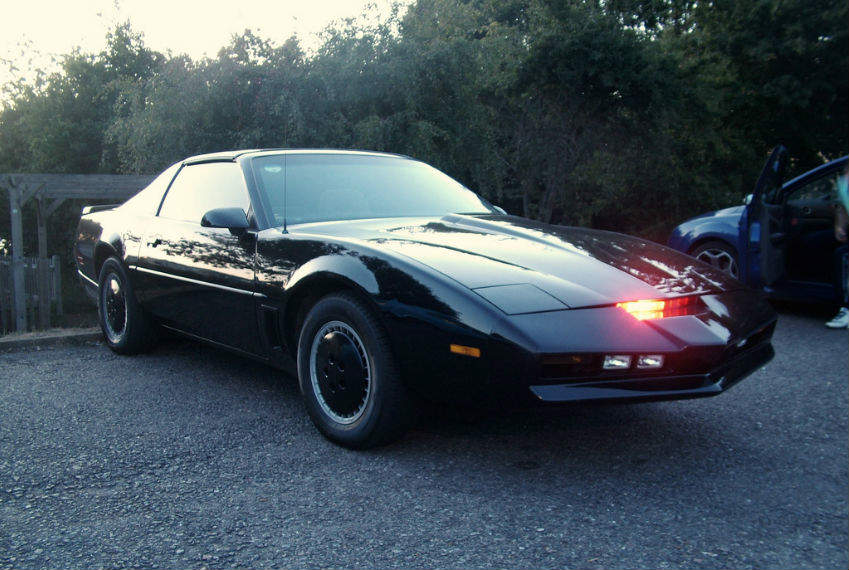 During 2011, an eBay seller attempted to sell the "original" KITT - a 1982 Pontiac Trans Am. After the internet caught on to the sale and whipped itself into a frenzy, the seller withdrew the item. We're still uncertain as to the whereabouts of the original KITT.

Where is the Ecto-1car from Ghostbusters now? 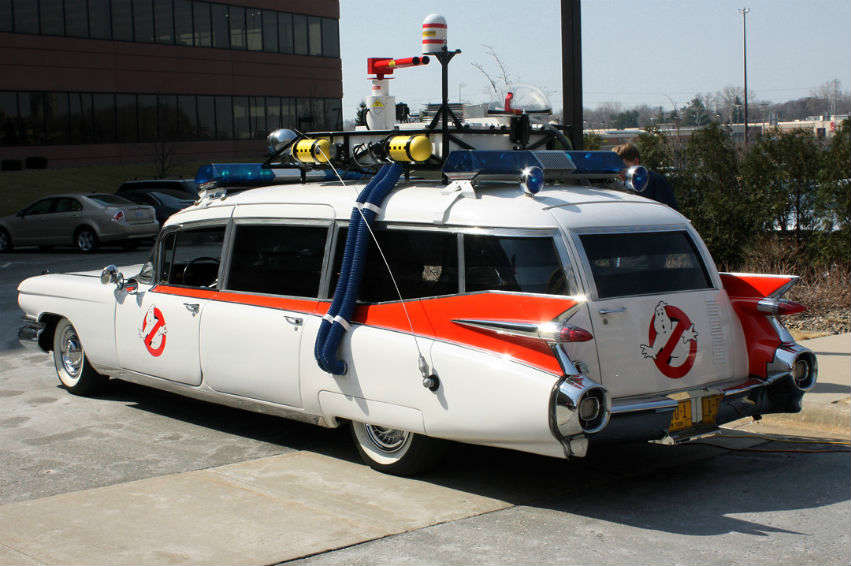 The 1959 Cadillac Miller-Meteor ambulance, which served as transportation for our favourite ghost hunters, sadly lies in a state of disrepair. Last year it was discovered that the Ecto-1 is sitting in a Sony Pictures prop lot in Culver City, California.

Some dedicated Ghostbusters fans have started a petition to have the car restored and, with Ghostbusters 3 looking like it may be coming out of development hell, they may just get their wish.

At this year's Oscars, Bill Murray paid tribute to Ghostbusters star Harold Ramis, who died in February. Ghostbusters was nominated for two Oscars back in 1985.

Where is the General Lee from Dukes of Hazzard now? 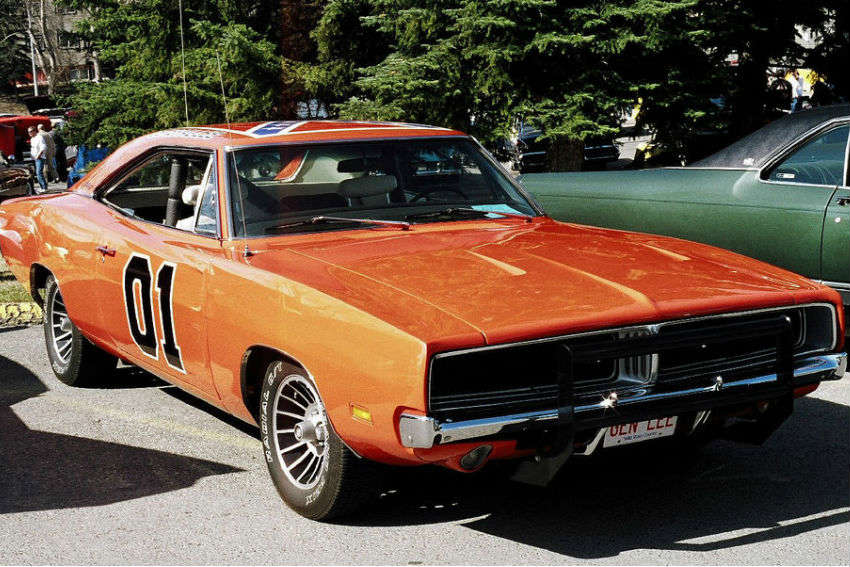 The Dukes of Hazzard was infamous for the long line of destroyed 1969 Dodge Chargers left in its wake. US golfer Bubba Watson paid $110,000 for the Dodge Charger used as The General Lee in the very first episode of the show in 1979. Disappointingly for that seller, a Dodge Charger with significantly less history sold for $9,900,500 on eBay in 2007. 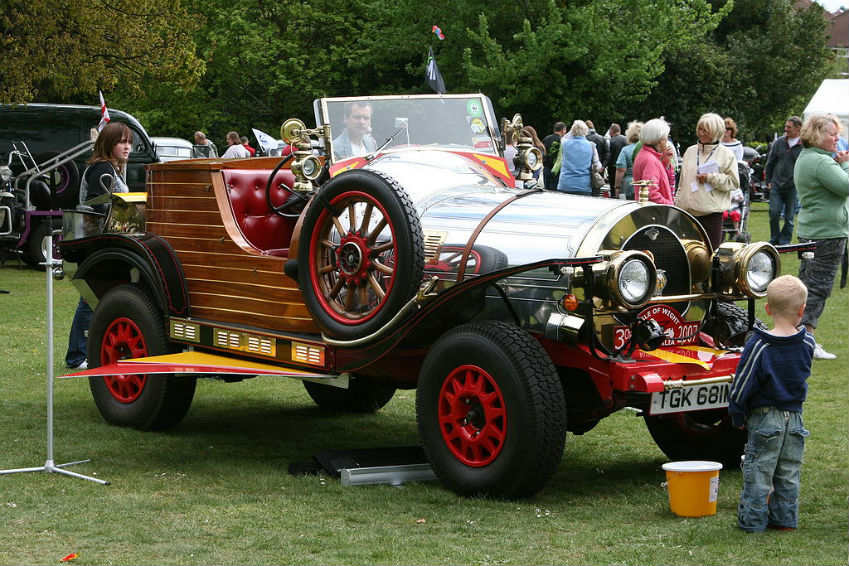 In 2012, DJ Chris Evans paid £500,000 for the iconic car from the 1968 film Chitty Chitty Bang Bang. He has even been spotted driving the unique car through central London. 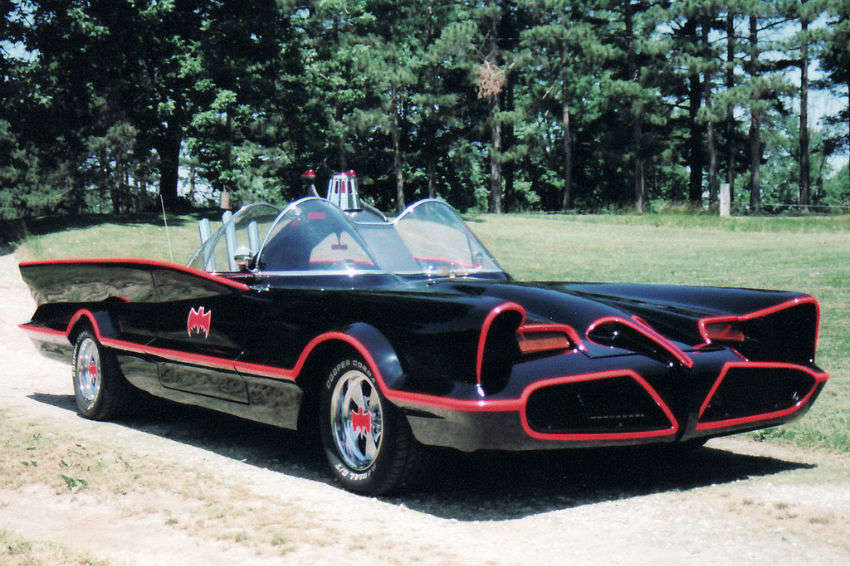 Before he was the Mayor of Quahog, Adam West ran about in lycra as the 1966 TV Batman. The heavily modified 1955 Lincoln Futura, which served as the primary means of transport for the Caped Crusader in the TV series, went on sale in 2012 - and fetched $4.6 million. The Batmobile had just one previous owner - the original customiser, George Barris.

(If you're more Marvel than DC, check out our post on Iron Man's supercar collection.)