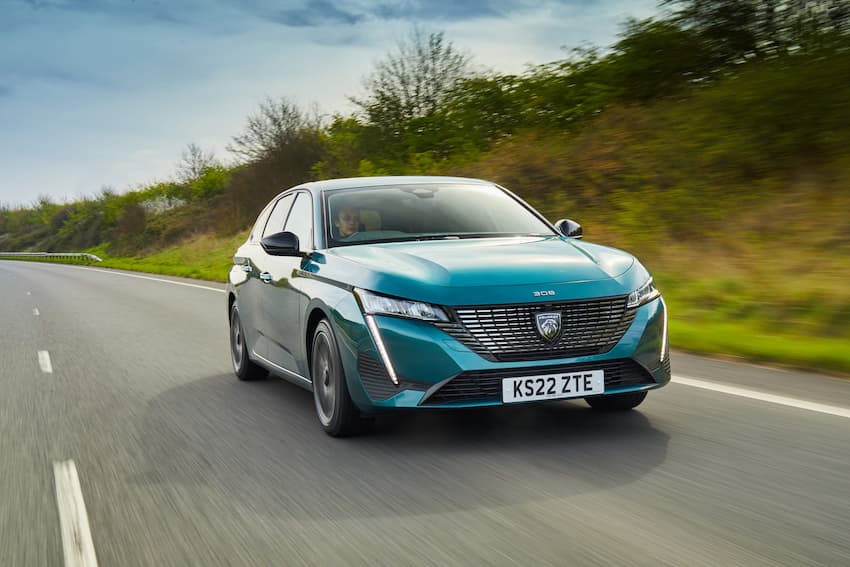 If you have always liked the Peugeot 308 but thought it was a bit too 'hatchbacky', fear not – there is an estate version which might tick a few more of your boxes.

The SW variant, which stands for sports wagon, is longer than the standard new 308, but retains its futuristic looks.

The front end has a prominent grille that looks like it is sucking up the road with its strip of jagged claw LEDs running down the sides. Then there are the thinned-out headlights which create a striking, athletic appearance.

Sophisticated cars can often look bland and devoid of personality – but not this fresh, French model.

There are a bunch of grades to select, with the Active Premium trim providing 16-inch alloys, a leather steering wheel, LED headlights and a 10-inch infotainment screen with Peugeot’s i-Cockpit. The latter is a digital instrument cluster displaying helpful information, including sat nav directions, on a screen in front of you instead of analogue dials. 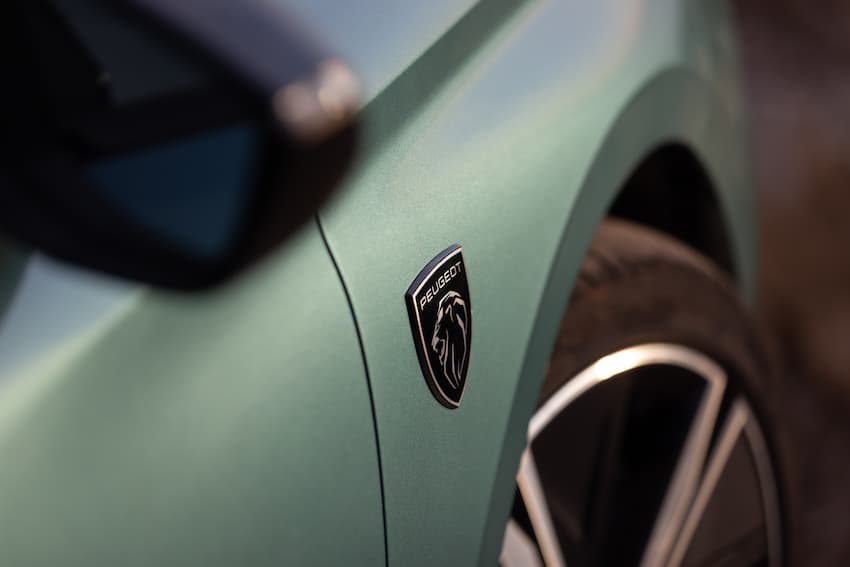 If you want to rely purely on fossil fuel, there is a choice of a 1.2-litre three-cylinder petrol engine or a 1.5-litre four-cylinder diesel. Both versions produce 131PS.

Regardless of which 308 you choose, they are all well developed. However, the hybrids offer noticeably better performance, especially from a standing start. 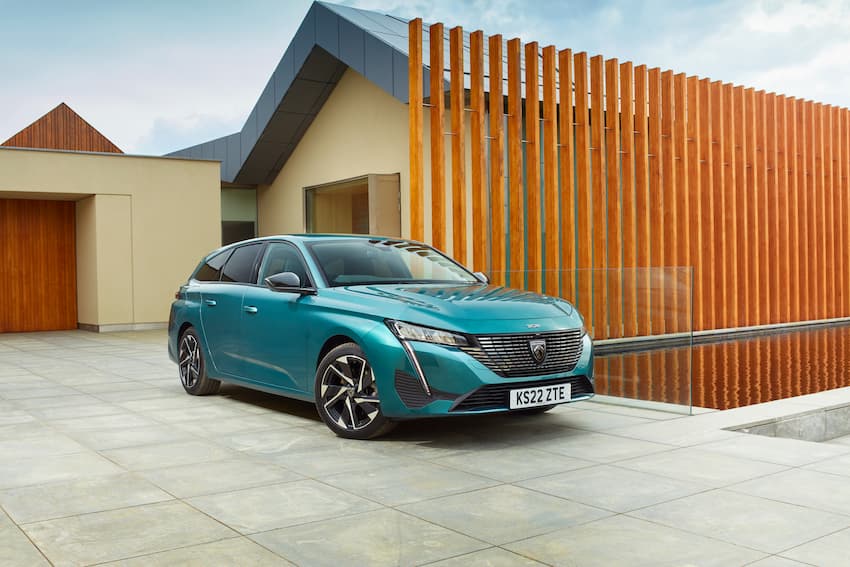 The petrol and diesel should meet most people's needs. Still, the hybrid will offer a more future-proof option, not to mention providing significantly lower running costs thanks to a 37-mile all-electric range. However, if you try this, the petrol engine will cut in if you demand too much from the accelerator.

All 308 variants are comfortable and do an excellent job at soaking up potholes and poor-quality road surfaces. However, the hybrids have slightly firmer suspension due to their extra weight, so they feel marginally less absorbing than their fossil-fuelled counterparts.

The handling is decent, with lots of grip and a good turning circle for corner entry. Indeed, the Peugeot 308 SW feels secure, giving you the confidence to push on. However, personally, I’d rather the steering firmed up more at higher speeds, as it can sometimes feel too sensitive.

Clearly, it isn't an out-and-out performance car, but the estate behaves admirably well on twistier back roads. What’s more, the hybrids feature regenerative braking, which uses deceleration to put some charge into the batteries.

On the inside, the new 308 is pleasant and sophisticated without being overly lavish. Although, some of the outrageousness of the front end appears to have made its way inside, as the steering wheel has a flat bottom and flat top. Interestingly, this design makes the wheel look somewhat hexagonal. 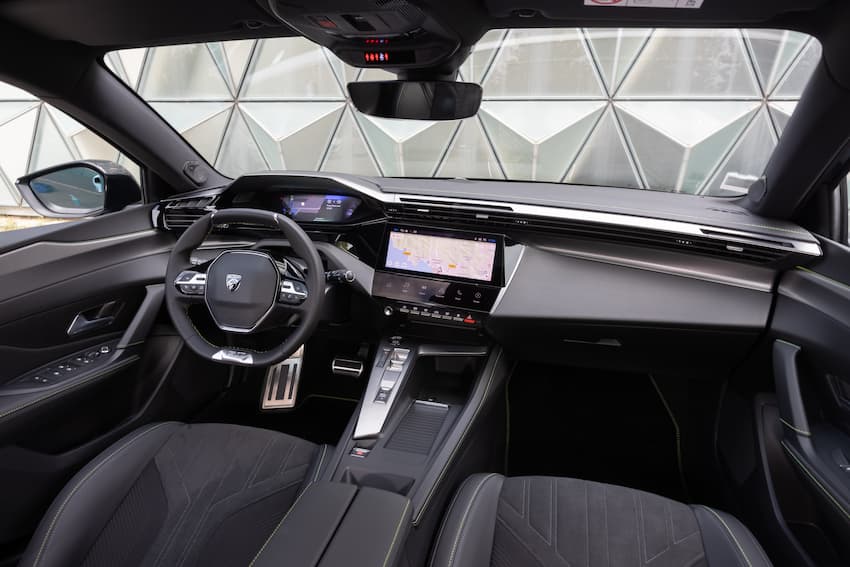 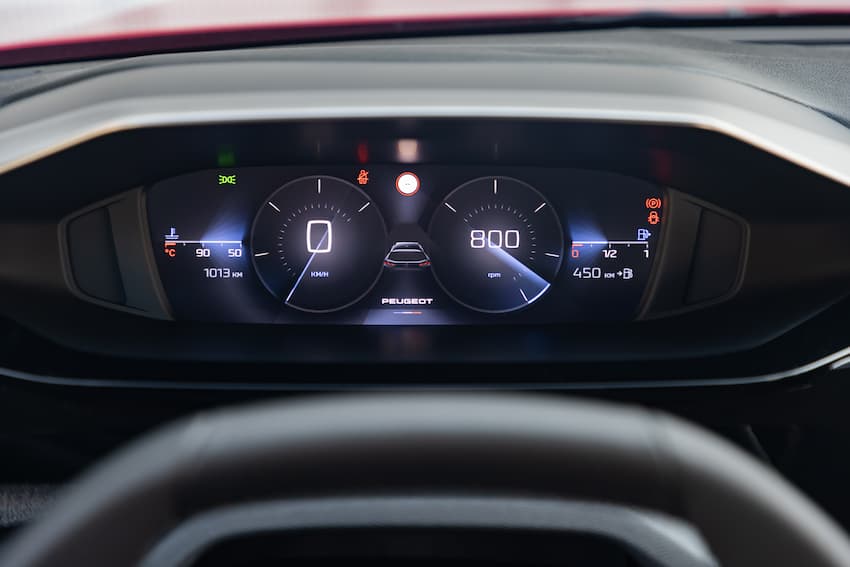 The i-Cockpit display sprouts up from the dashboard, while the infotainment screen sits lower, angled towards the driver. The system is clear and crisp, but it can be slightly laggy at times. However, there is no shortage of options to fiddle around with, and it’s reasonably simple to use.

A voice assistant, which works well, can be summoned to do things while you are driving along, too. This tech is helpful, as the touchscreen is fiddly to use on the move.

The rest of the interior is modern, fashionable and attractive, with piano black surfaces giving an aura of quality. There are plenty of soft-to-the-touch areas, but cheaper plastics do feature. Yet, the 308’s cabin feels solid and well built.

There is plenty of space in the front, and visibility is good. It’s not bad in the back, either. So, fitting in a couple of average-sized adults or three kids won’t be a problem. There are several USB-C ports in the cabin and plenty of spaces to store things as well. 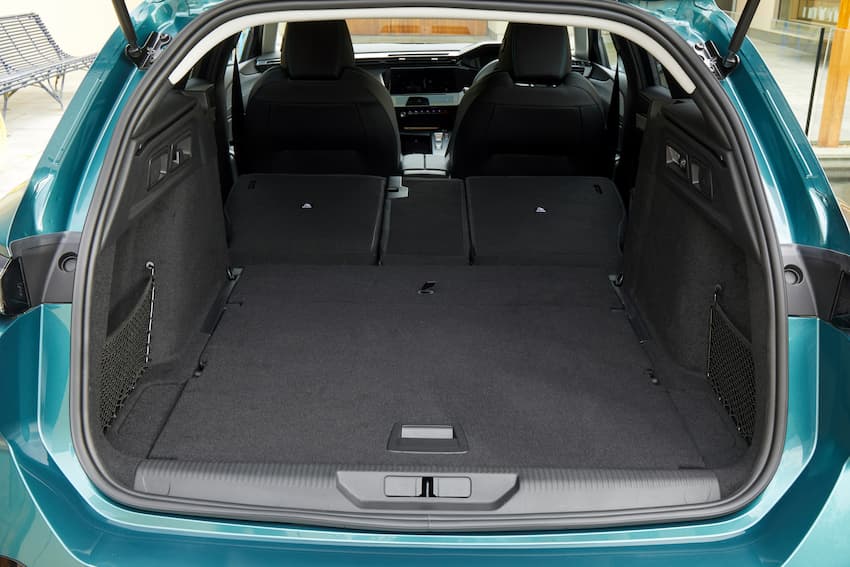 Boot capacity measures 608 litres, increasing to 1,634 litres with the rear seats folded down in a 60/40 split. However, you get slightly less space (548/1574 litres) in the hybrid estates due to some of the spare room being eaten up by the batteries. That is still more than enough for a load of shopping and a folded pushchair.

Safety body Euro NCAP has yet to crash-test the latest 308 SW, making it tricky to estimate the safety rating. The 308 model hasn't been assessed in nearly ten years, and the ranking has therefore expired. Plus, much has changed since then, both in terms of Euro NCAP's criteria and the evolution in safety technology. Peugeot generally scores relatively highly in this regard, though. 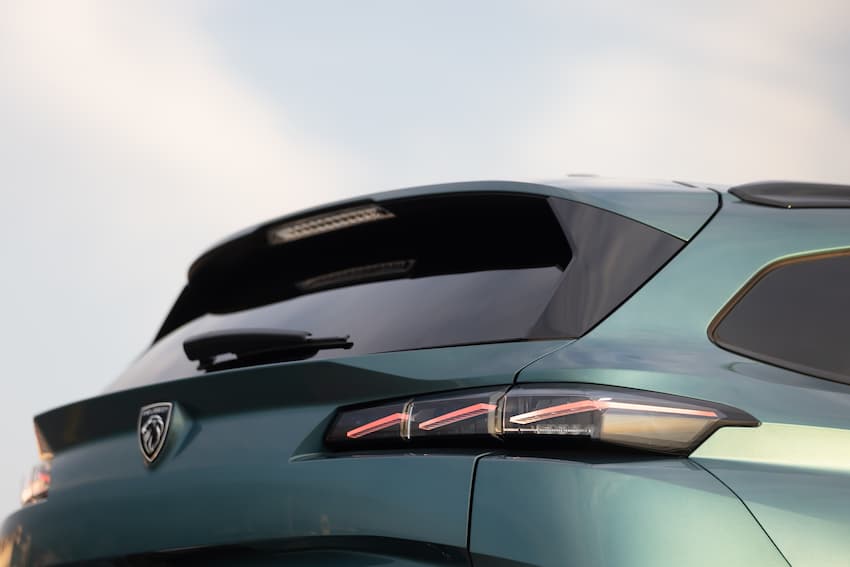 Blindspot assistance, active safety braking, automatic emergency brake, lane-keep assist, and traffic sign recognition are standard on all models. In addition, the Allure trim adds a 180-degree rear camera (360-degrees on the GT Premium trim). Plus, the Allure Premium and above feature rear cross-traffic alert, while numerous other safety systems can be added as optional extras.

You get a three-year unlimited-mileage warranty on all variants of the 308 SW, while the battery has a separate eight-year, 100,000-mile guarantee on the hybrids.

Overall, the new 308 SW does many things well. It’s practical, economical, stylish – both inside and out – and well-equipped.

The Peugeot handles nicely and offers a decent selection of well-refined engines. And although it is not a car for thrills, the performance, especially in its hybrid guise, is certainly enough to impress. 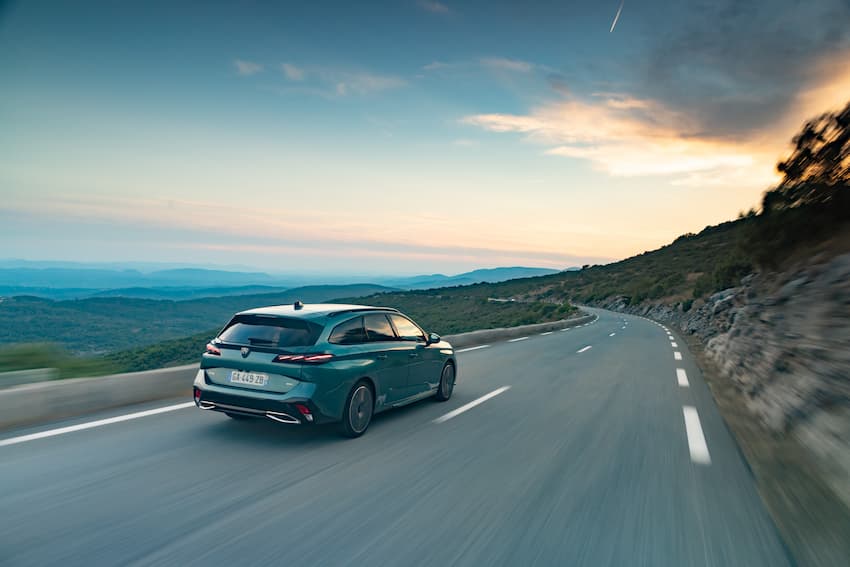