The fully-electric MG5, which is available to test-drive at the Arnold Clark Innovation Centre in Glasgow, was reviewed as part of the FASTER Project. 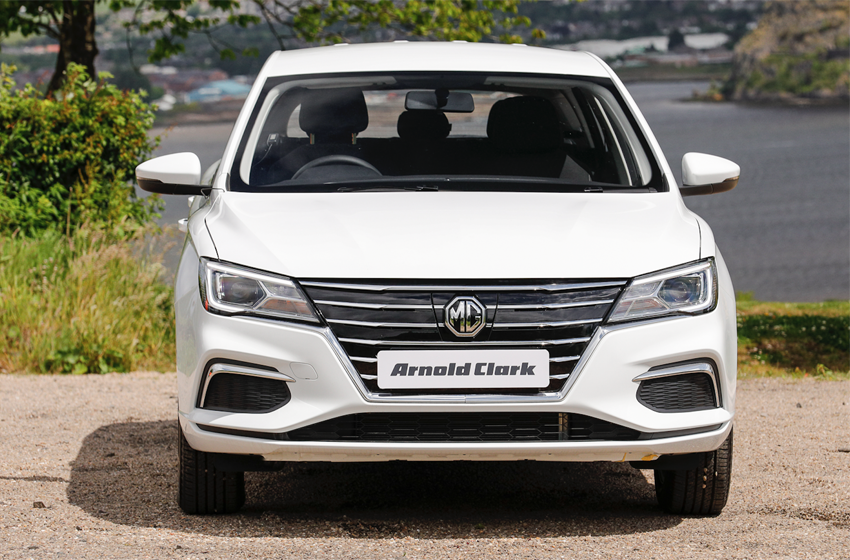 Since its launch, just over a year ago, the MG5 EV has remained immensely popular with buyers and is currently one of the UK’s best-selling electric vehicles.

Available to test-drive at the Arnold Clark Innovation Centre in Glasgow, the MG5 was reviewed as part of the FASTER Project.

Dr Euan McTurk of Plug Life Consulting and Ric Boullemier of Generate Media are part of the team at the FASTER Project.

The FASTER Project plans to install rapid charging stations for electric vehicles in parts of Scotland, Northern Ireland and the Republic of Ireland.

And to help the ever-expanding range of electric vehicles on the market, Euan and Ric have reviewed several of the 60 alternatively fuelled cars on display at the Innovation Centre in Glasgow.

Following their reviews of the Honda e and Fiat 500e, next up was the MG5.

Despite its range of 210 miles and a 61.1kWh battery size, the MG5 is described as a 'budget EV' in comparison to the likes of the Hyundai IONIQ 5 and Kia EV6 due to its interior materials and styling.

However, Euan and Pic were still left impressed by a few features, including its practicality, handling, speed and large bootspace.

Watch the full review below.