The current second generation of the popular Citroën people carrier has been around for nine years – but does it stand the test of time? 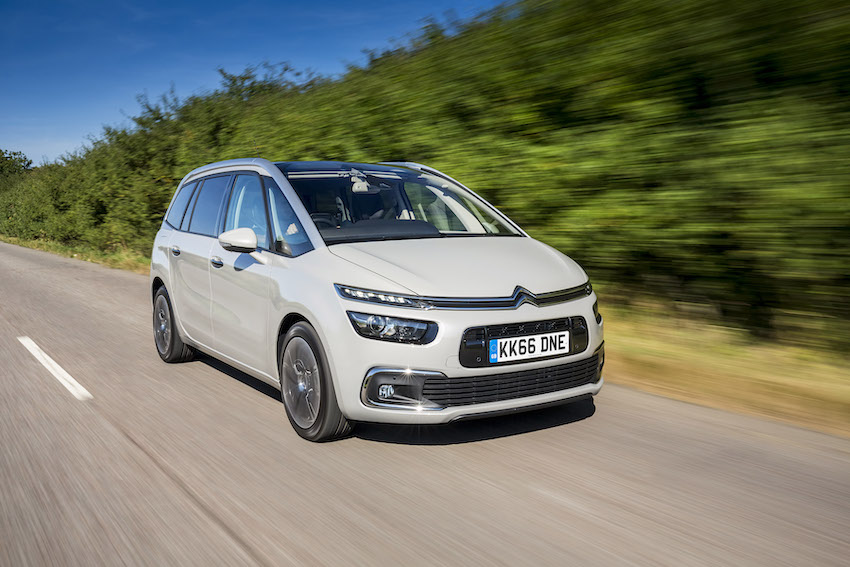 If you’ve never heard of the Citroën C4 Grand SpaceTourer before, that’s because it used to be called the Grand Picasso, but it remains the same car.

In fact, it’s imminently going out of production, so if you want one, you'll need to be quick. Its demise doesn’t sound like a bad thing, as the current second generation of the people carrier has been around for nine years. But to look at it, you wouldn't know it.

But Citroën wants to concentrate on its sport utility vehicle (SUV) range. Because, after all, who isn't buying or leasing an SUV or a crossover in 2022?

The Grand C4 SpaceTourer is a seven-seater when it wants to be. Or, if you prefer, the back row folds flat to leave a five-seater with a large boot. Therefore, practicality is at its heart. 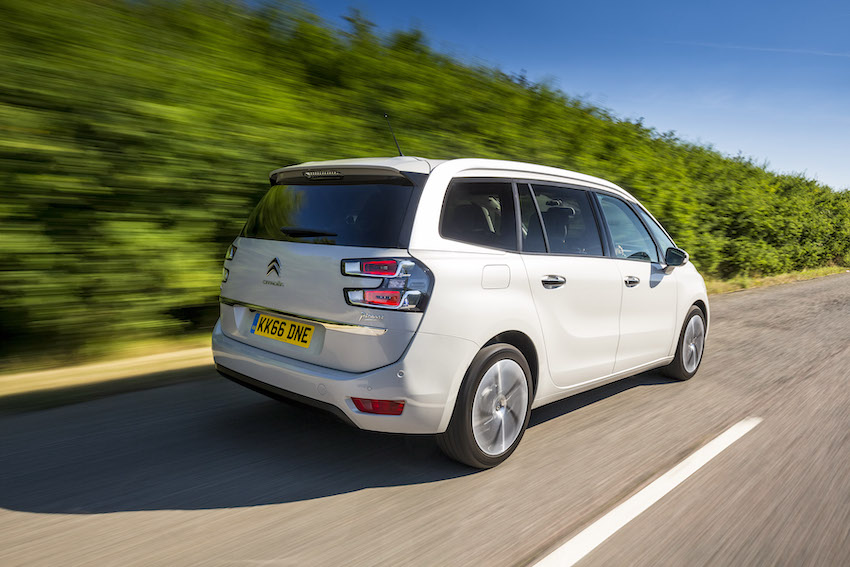 There are two engines: a 1.2-litre PureTech 130 turbocharged petrol and a 1.5-litre BlueHDi diesel unit. Both powerplants produce 131PS, with a choice of a six-speed manual or eight-speed auto gearbox.

The petrol automatic in Shine trim is under the spotlight here.

While diesel engines have more pulling power thanks to their low-rev grunt, the petrol is marginally quicker from 0-62mph, managing it in 10 seconds (9.8 seconds in the manual).

Neither variant is fast, but both do the job reasonably well. A full contingent of seven occupants will likely slow things down, but the Citroën still pulls off the line without an issue.

A top speed of 124mph isn’t too shabby either – not that you’ll need to go that fast, but at least you know it’s capable of getting up to motorway speeds if the car is full of people and luggage.

Around town, the steering is light, but it doesn’t firm up sufficiently when travelling at speed. Therefore, it doesn’t give you the confidence to test its limits in the bends, especially as there’s noticeable body lean.

It grips the road reasonably well, but the suspension is too soft to satisfy anyone with drivability high up their list. Nevertheless, anyone who thinks an MPV will be a driver's car is in for some disappointment. 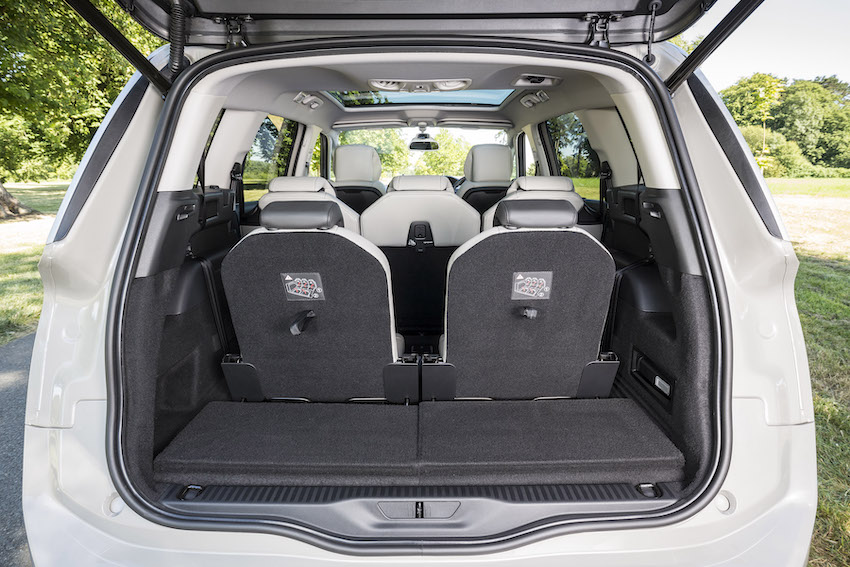 The Grand C4 SpaceTourer handles potholes easily, so it's soft but also springy. Therefore, the ride can feel unsettled when going over larger bumps. The amount of travel in the springs means it retains a comfortable ride when fully laden, though.

The eight-speed automatic shifts smoothly, but its ability to help transfer your accelerator pedal movements to the wheels could be better.

Inside, the SpaceTourer does look a bit alien, but different can be nice.

Like many Citroëns of old, the digital instrument display is in the middle of the dash rather than behind the steering wheel. Meanwhile, the infotainment screen sits underneath, in the dashboard, rather than higher up as in most cars.

While the infotainment system isn’t the worst, you have to navigate to a menu to adjust the air conditioning, making it irritating to use on the move.

The steering wheel has many buttons, doing little to make things easier, and two silver edges at four and eight o’clock, which at least adds pleasantness to the frustration.

Visibility out of the front is excellent, helped by the massive windscreen. And although there’s a slope in the roofline and a slightly angled rear window, the pillars at the back are kept as thin as possible, aiding your view.

The seats are comfortable, although they can be made even comfier thanks to the addition of lumbar support. It is an optional extra, but it also adds massaging to the seats, which is a nice bonus – plus, it's a reasonably priced add-on. 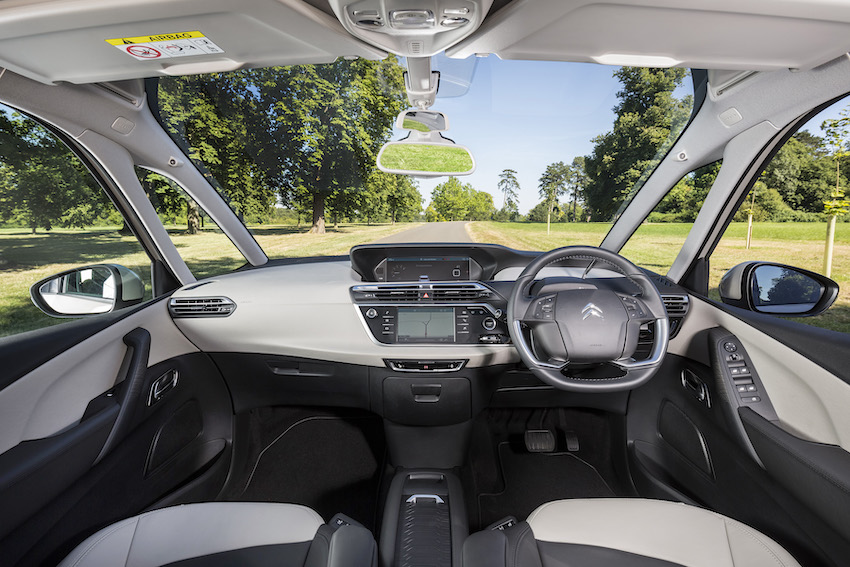 Overall, the interior feels well-built, if a bit cheap in places, and, although some features are bothersome, it certainly looks nice.

There is a lot of space in the front and middle. And although the third row is more cramped, it can accommodate a couple of adults at a push. Meanwhile, the second tier of seats can individually slide and recline.

You won't be short of cabin storage, either, with large door bins and plenty of room in the centre console. Mind you, the glove compartment could be more generous.

The car on test here will do 38.7-46.0 mpg and emits 150g/km CO2. What’s more, Citroën does quite well for reliability. However, for peace of mind, you get a three-year warranty, unlimited for the first two years but restricted to 60,000 miles in the third year.

The Grand C4 SpaceTourer was never crash-tested by safety body Euro NCAP. Still, the smaller non-Grand sibling, the C4 SpaceTourer, was assessed in 2013 under its old name, the C4 Picasso, attaining five stars.

The Grand C4 SpaceTourer has endured the test of time. Despite a nine-year-old design, it still looks good, has a smart interior, and provides a practical, spacious, cost-effective solution for those needing a seven-seater.

In truth, the Volkswagen Touran is similarly priced and beats it in just about every department, while the Ford S-Max is also more refined and better to drive.

However, if you can look past the annoyances with the air conditioning controls and make sense of the switches on the steering wheel, you could be in for a bargain as the closing curtain comes down on the Grand C4 SpaceTourer.