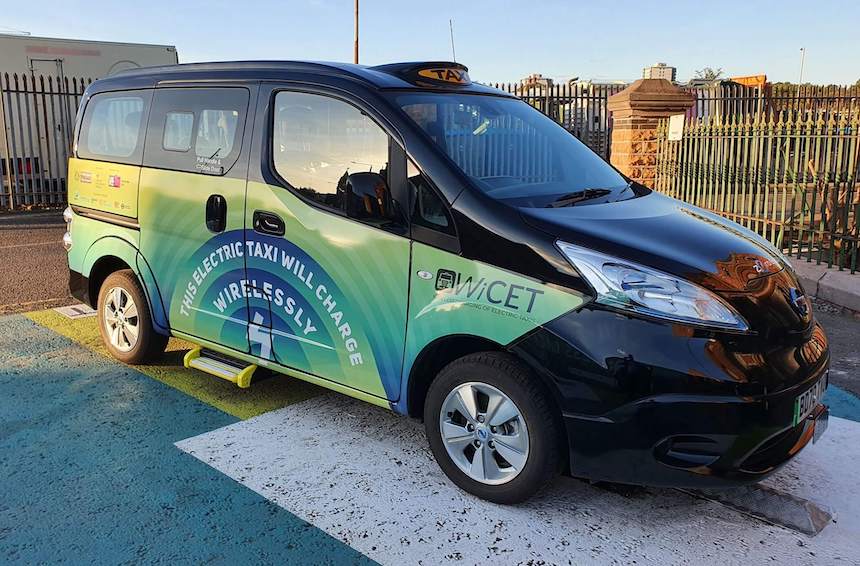 The vehicles will be loaned to local drivers

A trial is under way in the UK to test the ability to charge electric taxis without wires.

These vehicles will be loaned to local drivers for them to experience the technology, while the council and its project partners will monitor the trial and take learnings forward to future wireless charging projects.

For wireless charging to work, electricity is transferred from one magnetic coil in the charger, which is hidden beneath the road surface, to a second magnetic coil or pad fitted to the underside of the vehicle.

The three main benefits of the project are:

It's hoped the £3.4 million scheme, which is being funded by the Department for Transport, will lead to a reduction in emissions and help the city to achieve its ‘carbon neutral by 2028’ target.

Meanwhile, for those interested or curious about electric vehicles, Arnold Clark recently opened the Innovation Centre.