First launched in 2012, the ZOE is Renault’s most successful EV. 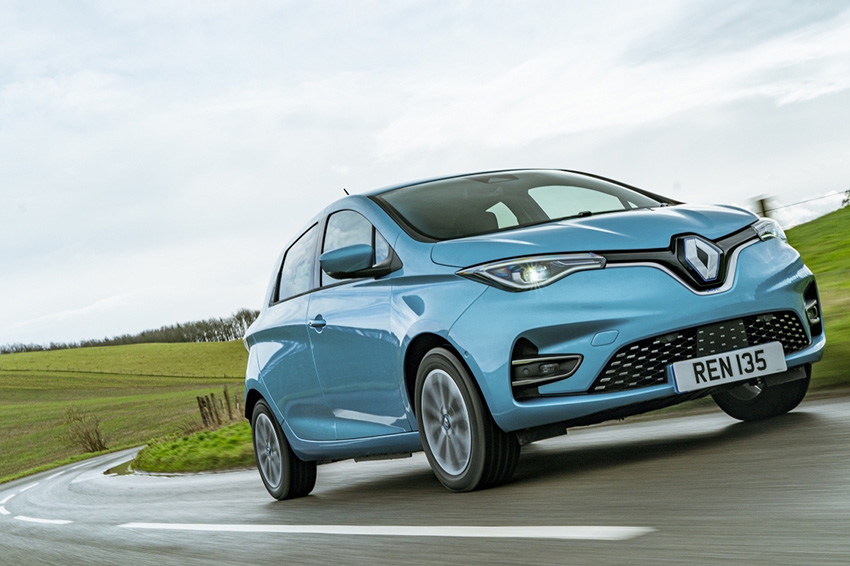 The Renault ZOE. I’ll hold my hands up right from the start and admit to having had a secret admiration for the French company’s first real all-electric since driving it back in 2017.

It was the first EV I drove which felt like a real, proper car powered by electric – far superior to the Nissan Leaf, which back then was its biggest rival. Now, with the imminent arrival of Renault’s new Megane E-Tech Electric, I thought it would be fun to reacquaint myself with the latest little ZOE, the R135.

First launched in 2012, the ZOE is Renault’s most successful EV. Yes, we all know about the Renault’s quirky Twizy Quadricycle, and the relatively short-lived Fluency saloon, but it’s the ZOE which has been the most commercially viable for the French manufacturer.

Key to its success has been its combination of practicality and affordability. And that has now been further boosted by an extension in range which will see the ZOE cover up to 245 miles (according to the WLTP cycle) on a single charge. To put that into context, that’s around twice the distance of a similarly priced Honda e or MINI Electric can cover.

What are the main improvements?

There are quite a few, including revised exterior styling, a revamped interior with a more upmarket trim, a clutch of fresh technology, a better battery which has increased the car’s range, a more powerful electric motor, plus optional CCS fast charging. The combination of all these factors is quite significant. 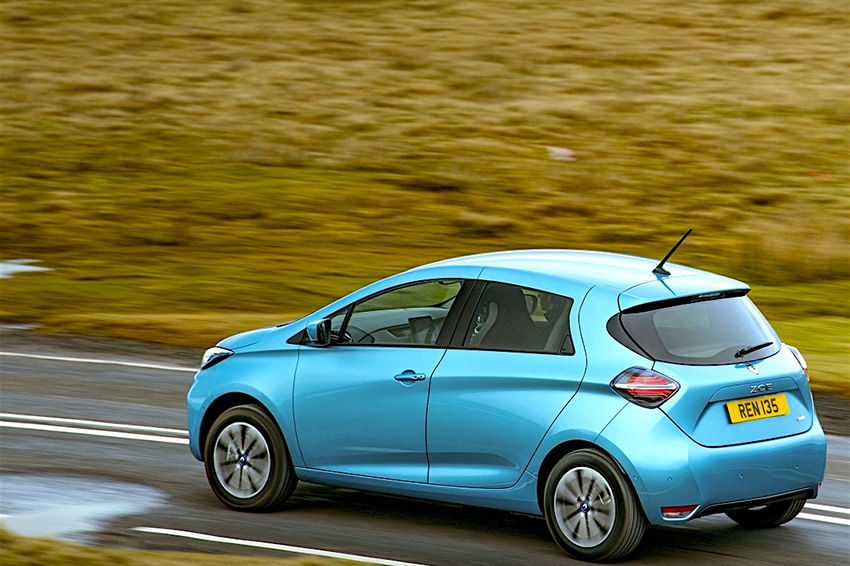 There are noticeable improvements to the ZOE’s interior, which had begun to look a tad on the tired side. And that, allied to the subtle styling tweaks to the exterior and the addition of more equipment means this generation of ZOE should retain more of its value over three years.

How has the interior been brought up to date?

Firstly, there’s a new steering wheel with actual buttons for the cruise control. Previously, like in all Renaults, these were placed behind the gear lever and unlit. Behind the steering wheel there’s now a more conventional 10-inch digital screen. Between the speedometer and efficiency readout, the dashboard’s LCD displays media or sat nav info.

Standard kit includes a 7-inch infotainment screen — the same system is standard on the mid-spec level Clio — and includes Apple CarPlay and Android Auto. You need to step up to a mid-spec ZOE to have sat nav included. Continue to the top trim and you benefit from an excellent 9.3-inch portrait screen.

The ZOE’s environmental credentials have also been lifted with large areas of material made from recycled seat belts and bottles. Around the cabin Renault has re-used 22.5kg of recycled polymer parts. 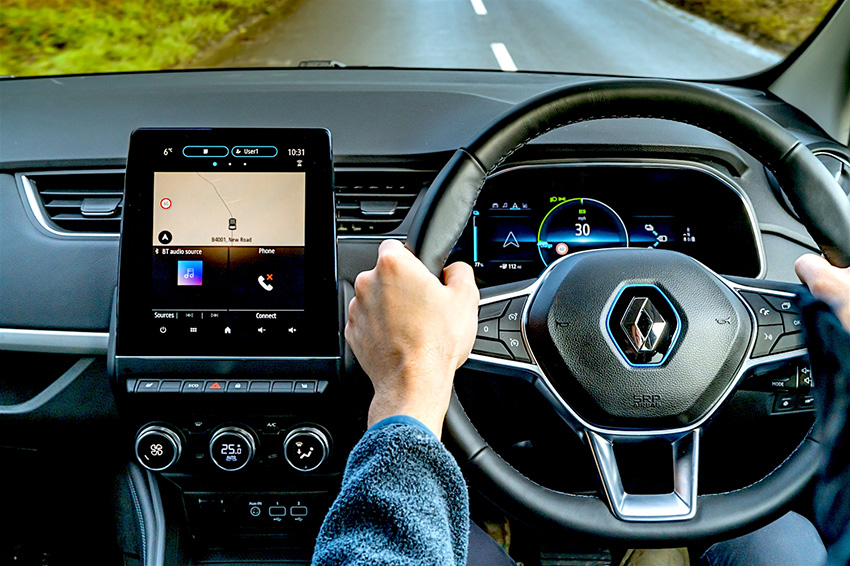 There’s also now an electronic gear shifter and parking brake; these replace what were mechanical items in the previous generation. The change has also allowed for the inclusion of two cup holders, plus space for the optional wireless phone charger.

Tick the right option boxes and you can boost the ZOE’s tech presence with the addition of autonomous braking, traffic sign recognition, blind spot warning and active lane keep. Renault says the ZOE will accommodate five people, but while there is no transmission tunnel, five would be a push. Stowage in the boot remains the same at 338 litres.

Ok, tell me more about the range and charging…

The first piece of good news is Renault has streamlined the battery and charging options. Whereas previous generations offered a confusing mix-match, this latest gen offers one choice of battery. Simple.

And in being the same size physically as the one it replaces, the new battery doesn’t impinge on interior space and stowage. The larger bonus though is thanks to advances in battery technology; the new version has more power, 52kWh, which delivers the 245-mile range. 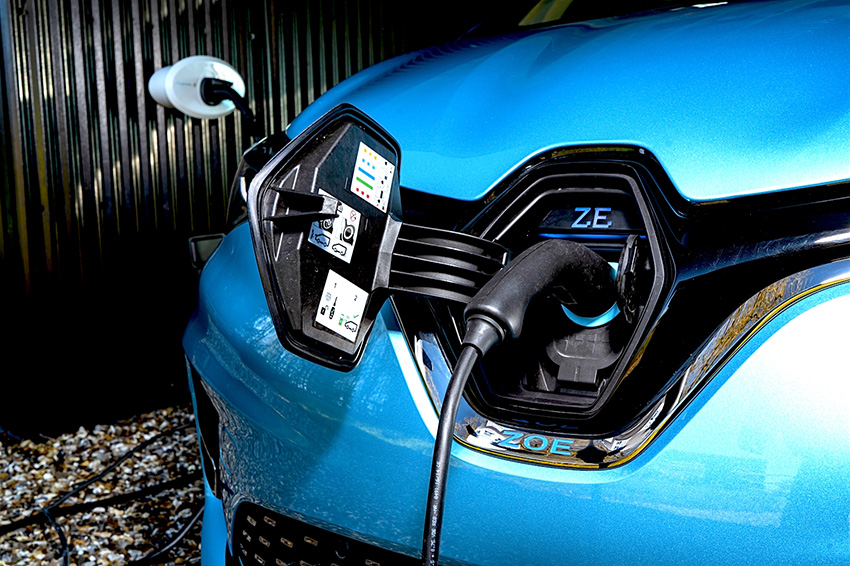 You’ll not be surprised to learn, of course, a larger battery means longer AC charge times. If you’ve got a 7kW wallbox, recharging from empty will take nine hours and 25 minutes. Plug into a public 22kW point and that drops drastically to three hours. Conversely, plug it into the three-point socket in your kitchen and you’ll be waiting 30 hours to fully recharge.

Yes! But, come on, who, realistically, is going to use a three-pin socket to recharge their EV? For most owners, the ZOE will be used for urban journeys: shopping, the school run, nipping out to see friends; the trip to the gym; that sort of thing. And given that Renault believe 80% of charging will be done either at home or the office, even a 7kW wallbox will be sufficient for most owners.

That said, if you’re planning on doing something like a 200-mile daily round trip, you’ll be interested in the fact the latest ZOE can support 50kW DC charging. Ok, it’s a not inconsiderate £750 option — and not available on the base trim — but it does mean you can recharge the car from zero to full in 70 minutes. That’s impressive.

Perhaps more significant is the fact you can get 75 miles of range in just 60 minutes of recharging from a public 22kW charger. And let’s be honest, there are thousands of charging points now dotted around the UK.

Ok, that’s fine, but what about performance?

It’s no slouch. More powerful than its predecessor, the ZOE R135 delivers 134bhp and 181lb/ft of torque. No coincidence that two of its main rivals, the Peugeot e-208 and Vauxhall Corsa-e, both deliver 135bhp. In the ZOE, 0-62mph takes 9.5secs, with power delivered to the front wheels via a single-speed gearbox.

In town it’s certainly nippy. And while it can certainly hold its own in motorway driving, you will see a rather dramatic drop-off in terms of range. For 245 miles, read 149 if you’re tackling a decent distance at motorway speed. 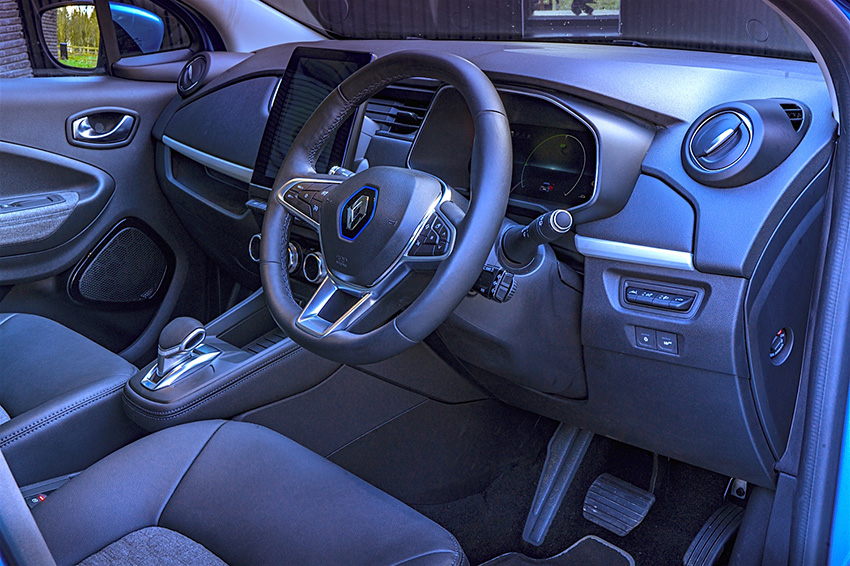 The latest ZOE also benefits from a stronger regenerative braking ‘B’ mode. And while it definitely slows the car down more abruptly when you take your foot off the accelerator, it’s not as powerful as the one-pedal driving system found in the Nissan Leaf. The ZOE is also fun to drive, especially if you focus on the urban environment in which it’s intended essentially to operate. The steering is light and precise which makes dealing with short city trips a dawdle.

If I liked the ZOE before, I like it even more now. For mainstream buyers in the market for an excellent supermini, the wee Renault is a super choice. The fact it’s an electric car is simply an additional bonus. And with a competitive price of £21,620, it has to be an attractive entry point into the growing world of EVs.