Since the Ateca was first launched in 2016, it has become one of SEAT's most popular models. 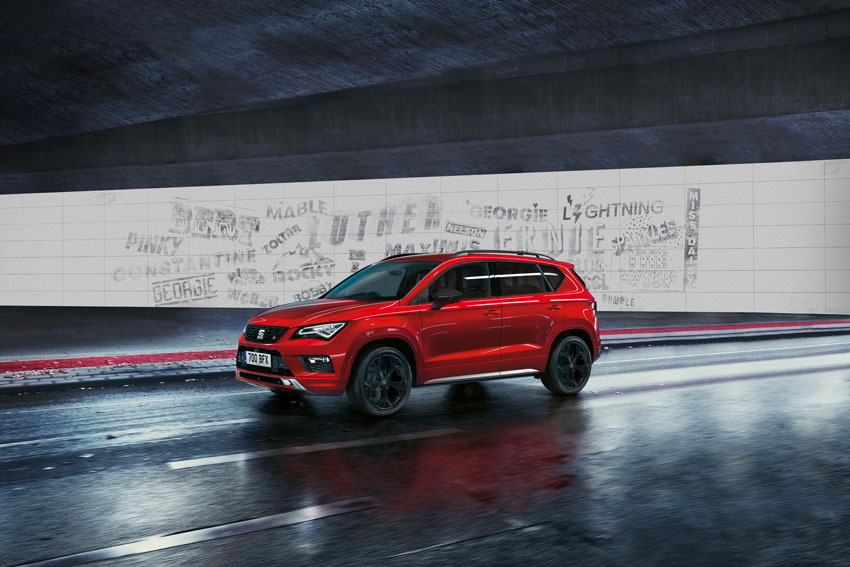 The Ateca has become one of the SEAT’s most successful and popular vehicles.

At its launch in 2016, the SEAT Ateca brought a new dimension to the mid-size SUV market. It's the perfect match for urban and country life, offering a spacious, practical and versatile SUV with a unique style.

It was given a new look a few years later, reinvigorating the SUV with added advanced technology, safety features and greater comfort.

The revamped model built on its SUV attributes, adding a refreshed appearance both inside and outside, a fully connected user experience, improved levels of safety, comfort and efficiency.

The Ateca looks broad, almost muscular, mainly due to its generous dimensions, and its focus on being robust on the road.

At the rear, the powerful shoulders are emphasised and enclose the impressive 510-litre load space. There are full LED rear lamps, and the exhaust pipe covers complement the vehicle’s design.

The ‘Ateca’ name is also emblazoned on the back in SEAT’s own handwriting style. 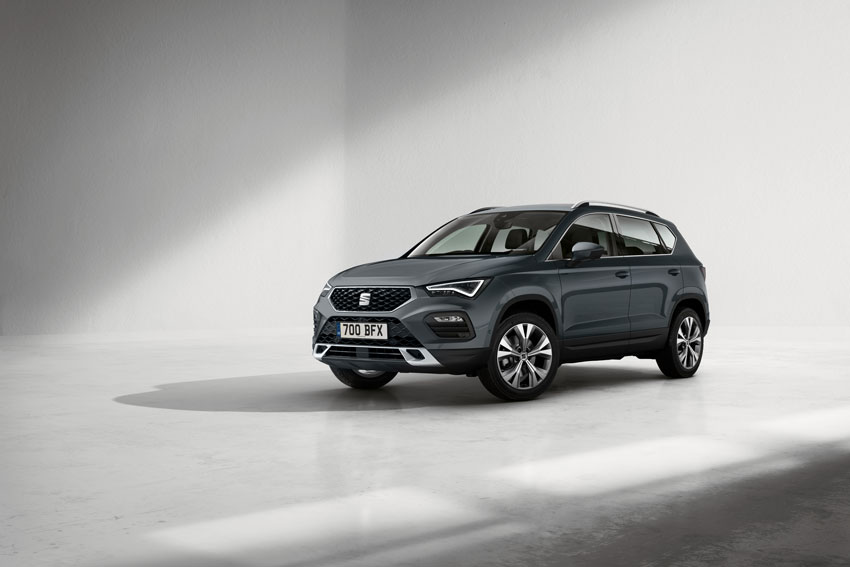 In addition to the SE (and SE Technology) trim, there is the sportier FR (and FR Sport) model and the Xperience (and Xperience Lux) variant, which switches its attention to all-terrain styling. Each trim also gets its own unique wheel design, ranging from 17 to 19 inches.

And what about the inside?

Inside, the interior design works well with the Ateca’s exterior, providing a dynamic and refined cabin.

The 10.25-inch SEAT Digital Cockpit (standard on FR Sport and Xperience Lux) is the focus of the interior from the driver’s seat.

The driver can enjoy an upholstered steering wheel, while the Ateca also benefits from an all-weather heated windscreen, coated in an invisible ‘Climacoat’ layer (Xperience trims only). The technology allows the windscreen to be defrosted almost immediately while minimising the strain on the system.

The driver’s seat is electric with eight-way adjustment and memory function (as are the exterior mirrors), meaning you’ll be able to get back to the perfect position behind the wheel at a touch of a button.

The interior’s design is underscored by the inclusion of matte finish surrounds for the air vents, gear lever and infotainment system, with multi-colour ambient lighting bringing an extra level of customisation to the cabin.

The seats are finished in either cloth (comfort seat), microsuede or leather (sports seat). 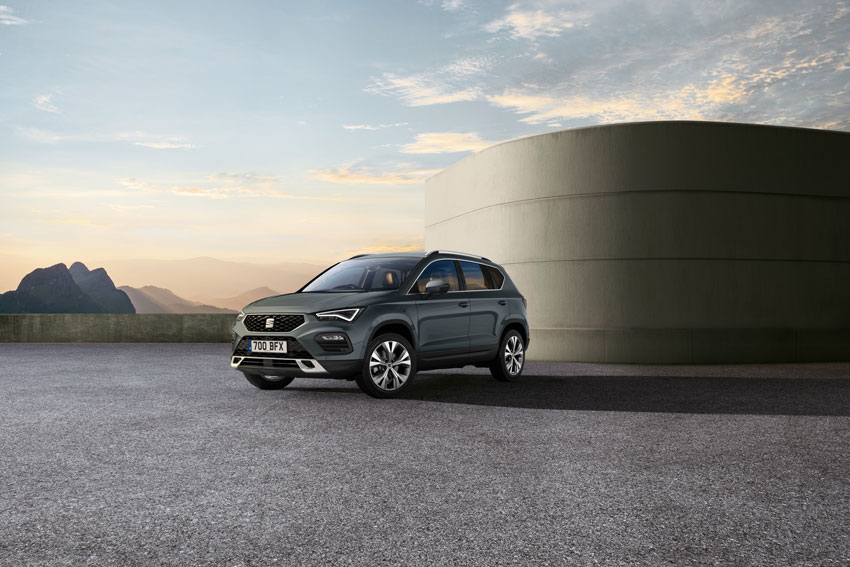 Any other stand-out features?

The SEAT Ateca remains one of the most digital-minded mid-sized SUVs on the market and this has been enhanced with the refreshed model.

The voice recognition system enables the user to interact with the infotainment system using commands. It is also possible to download and integrate smart services, which will connect with your account and means you will always stay in touch with your smart appliances.

With the Full Link system, you are able to seamlessly pair your smartphone and access your digital life, no matter what device you use – either wireless Apple CarPlay (based on Bluetooth or WLAN) or Android Auto using a cable.

From the SEAT Connect app, users can remotely access driving data of previous journeys, remaining range and parking position. It also gives drivers the ability to lock and unlock the doors, set up speed alerts so you can be warned if someone using your vehicles is driving too fast, be alerted if your vehicle has been stolen, or activate the horn and turn signals to find the car more easily in a crowded car park.

SEAT Ateca is arguably one of the safest vehicles in its segment, offering a range of new advanced driver assistance systems (ADAS) that few competitors do.

Systems include predictive adaptive cruise control, side and exit assist and front assist with pre-crash braking, and work together to protect the vehicle and whoever's inside.