The Volkswagen T-Roc has recently had a facelift, making its attractive looks even more desirable. 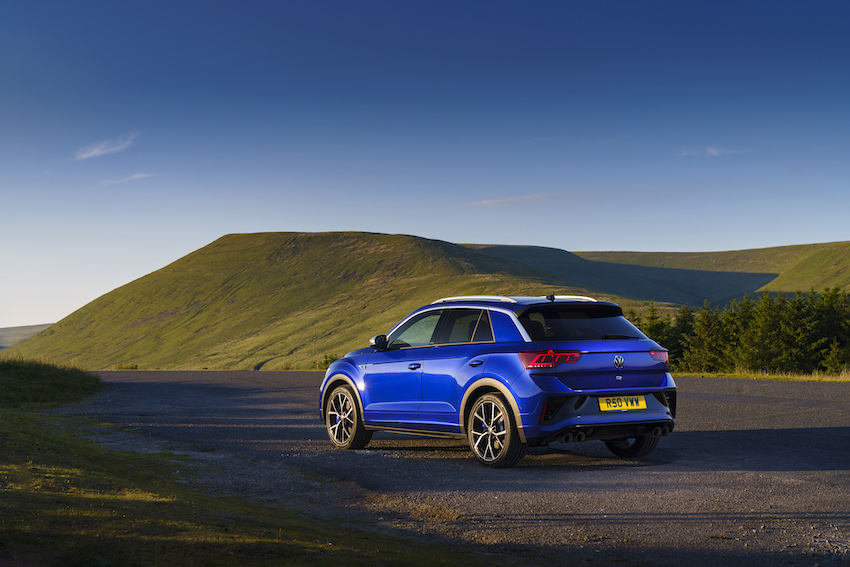 Let me guess. You're after a sports car but know you can't have one.

You have too many kids for a Porsche Cayman; your multiple sets of golf clubs won't fit in a BMW M4 and the dog's too big for a Mercedes-AMG C43 Estate.

What you need is a Volkswagen T-Roc R.

It has recently had a facelift, making its attractive looks even more desirable, with its shapely front end, a horizontal front LED light bar and cheekbone-like air intakes. Flared wheel arches at the sides and quad-exhaust tailpipes complete the appearance.

Unlike Mercedes-Benz AMGs or M cars, traditionally sold as separate models to the more sensible versions on which they're based, the R is retailed as the flagship trim of the standard car.

The engine is ‘only’ a 2.0-litre petrol unit, but it’s turbocharged, comes with a seven-speed DSG automatic gearbox and includes 4Motion all-wheel drive. Most importantly, it produces 300PS. 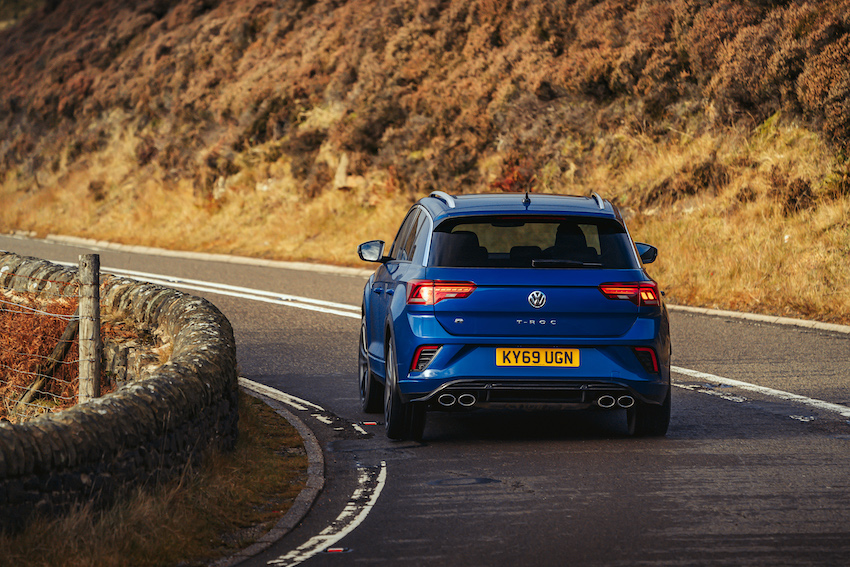 A six-speed manual is offered, along with the seven-speed automatic, although there’s less choice with the entry-level trim.

The T-Roc R pulls away briskly, getting up to 62mph from a standing start in a fit and healthy 4.9-seconds.

It feels extravagant to be driving an SUV – a VW at that – which doesn't look like it should be capable of such performance.

But it is, and, other than the slightest hesitation as you wait for a downshift, flooring the throttle throws you back in your seat as it powers away effortlessly.

It feels equally undemanding to drive at motorway speeds, and it's excellent at darting in and out of traffic, even though it’s no supermini in terms of size.

While the T-Roc might be big compared with a supermini, it's still small enough to be adept at going around corners, and, in that respect, Volkswagen deserves a lot of credit.

The T-Roc R generates superb levels of grip, while the steering has the sensitivity and precision to thread you neatly round bucolic bends, weighting up nicely as it does so.

The result is a thoroughly enjoyable driving experience – I can't say that about too many SUVs on the roads.

Compared with a hot hatch or even a performance saloon, it's understandably inferior. But there are few SUVs you can buy that will rival it without spending significantly more.

The ride comfort is respectable, too, and can be improved slightly, albeit not significantly, by adding dynamic chassis control. This tech adjusts the suspension softness in various driving modes. However, it's quite an expensive optional extra.

If comfort is a priority, you'll want to look further down the range, especially the entry-level Life trim, which will feel spongier given its 16-inch alloys.

If that’s where you’re at, the 1.5-litre petrol is the engine of choice. Why? Well, it's just as economical as the 1.0-litre, despite 40 extra horses. Although, if you're adamant you don't want to spend a penny more than necessary, the 1.0-litre is surprisingly effective. 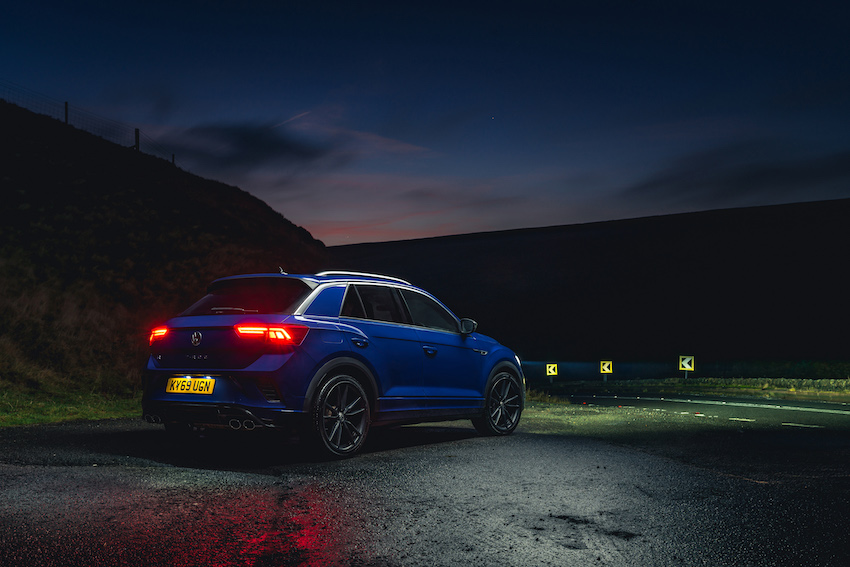 The diesels are well-refined, too, and great if you need some extra grunt lower down the rev range, for example, if you’re going to be towing a caravan.

Inside, there are lots of 'R' badges, while the bear-hugging sports seats are pleasingly comfortable, helped by the adjustable lumbar support, and it’s all very nice to look at.

The infotainment system, the top of which pokes out above the dashboard, is good to use and responsive. Furthermore, its menus are intuitive, while shortcut buttons, voice control and a rotary dial add to the convenience.

Sat nav directions and other information appear on the digital cockpit display, which is highly customisable depending on your desired information.

Grumbles about the old T-Roc’s interior, notably the cheap materials, are solved, and it now seems smart, well-designed, and relatively expensive.

There is no electric seat adjustment, but the driving position is lofty, providing good forward visibility despite the pillars being a little thick.

It is worse at the back, though, as the pillars are even broader, but front and rear parking sensors are provided as standard. In addition, a rear-view camera can be added as an option.

There is a generous amount of room in the front, and taller drivers don't need to worry about headroom. The rear is okay, but the seats don’t recline or slide, and it's not the roomiest.

Storage is abundant inside, too, while 392 litres of available boot space expand to 1,237 litres if you fold the seats down in a 60:40 configuration. However, front-wheel drive models get 445 litres, increasing to 1,532 litres, while an adjustable boot floor is included, too, to get rid of the load lip.

Volkswagen offers a three-year, 60,000-mile warranty, although the mileage limit only applies to the third year, well short of Hyundai’s five – and Kia’s seven-year offerings. Still, extended warranties and service plans are available, and Volkswagen throws a year's pan-European breakdown cover in for free.

The Style trim and above gets a dynamic road sign display, and the T-Roc R adds in hill descent control.

The T-Roc R is great fun, offering excellent handling and performance for a sporty SUV, although the all-wheel drive system limits boot space.

While sensible people will be looking at the entry-level Life trim and the 1.5-litre engine, the ‘R’ version is very competitive for those who want more.

In all configurations, the T-Roc ticks the box.

But the 'R' version particularly surprised me in every good way possible.