Is the BMW X5 still a firm favourite in the ever-expanding luxury SUV market? 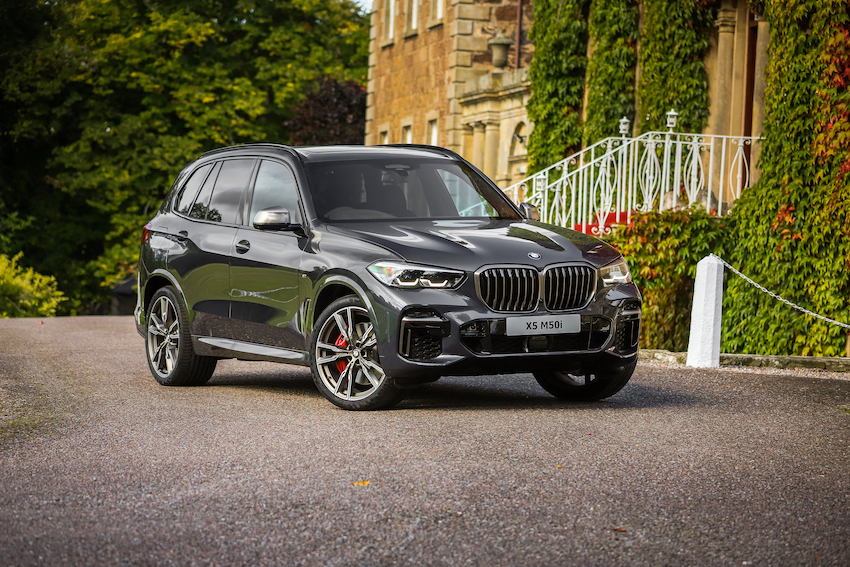 When the first-generation X5 burst on to the SUV scene more than two decades ago, it was a revelation for BMW. Almost overnight, it changed the face of the luxury SUV market, with its impact having a profound affect for the Bavarian manufacturer.

Since its launch, over two million models have been sold worldwide.

So, after all this time, is the BMW X5 still a firm favourite in the ever-expanding luxury SUV market?

Kick-starting the competitive luxury SUV trend, the original X5 drove more like a smaller car with its smooth ride, plush interior and handling. Initially, dispensing with ruggedness and off-roading capabilities, BMW’s gamble paid off handsomely and the X5 dominated the sales charts. 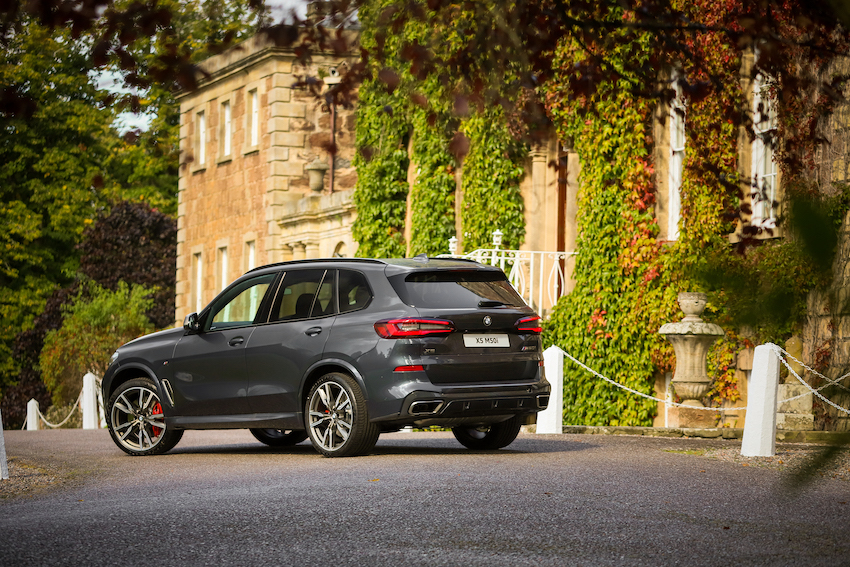 Fast forward, and the current fourth-generation X5 has moved with the times, offering more efficient powertrains – including plug-in hybrids (PHEV), while maintaining its distinctive and dynamic styling. There’s no denying the X5 has a powerful presence on the road and, even after all these years, still carries itself well with that charismatic, confident BMW swagger.

It’s bigger and plusher than previous models and now comes with four-wheel drive as standard. Benefitting from all-round air suspension, it now produces better off-road clearance as well as better levels of comfort on the road.

The X5 interior feels airy, with masses of room around the cabin. There’s plenty of storage space, a smartphone charge pad and an optional cup-holder, which can heat or cool your drinks. The electrically adjustable heated front sports seats are very comfortable and come with an array of adjustments and settings, including lumbar support and memory function. Massage function and seat ventilation are optional.

There’s plenty of space for three adults in the rear. It’s a five-seater with optional seven seats or a third row, although it’s not available on the PHEV model due to batteries being under the floor. The third row is best reserved for younger passengers, as legroom isn’t as generous as the main cabin. If you opt for the third row, then you can upgrade to a sliding middle row, allowing for more boot capacity. 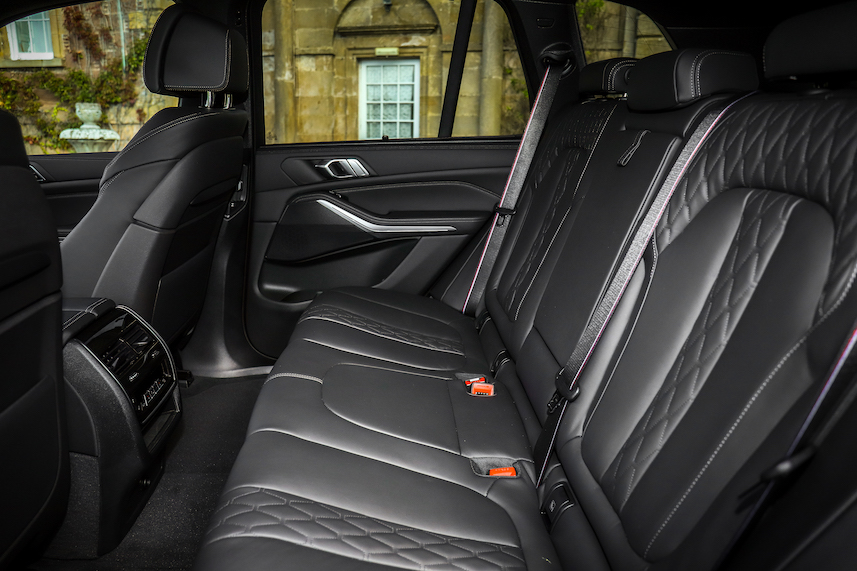 The boot has an abundance of space with 650 litres, which expands to 1,870 litres with the 40/20/40 split rear seats folded down. You will, however, have less space if you opt for the third-row seating. The split tailgate comes in handy when loading larger items, as it acts as a shelf before sliding items into the boot. Both sections of the tailgate are electrically powered.

Upon entering the cabin, you can’t help but notice the classy finish. Everything is well-made, from the quality of the dashboard to the metal dispersed throughout. The well-appointed cabin adds the sense of luxuriousness as you’d expect from a luxury SUV. There’s a mix of touchscreen and physical buttons, which means you can feel your way around the controls rather than diverting your attention to the screen all the time. 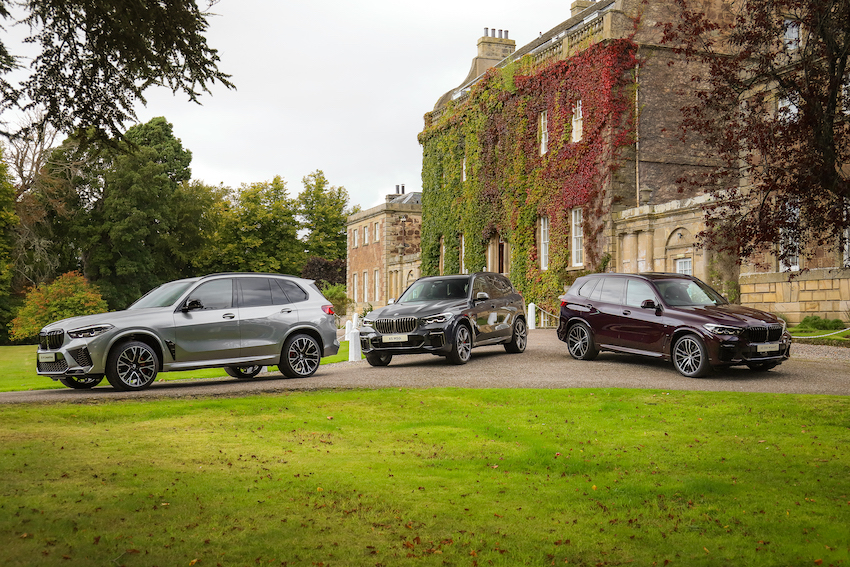 A standard digital dashboard display takes the place of conventional analogue instruments, with the option of a heads-up display. There’s a 12.3-inch infotainment system integrated into the dashboard. It’s responsive and easy to use with the menu being intuitive and customisable. There’s excellent connected features too, including over the air map updates which can connect to your phone. Apple CarPlay and Android Auto are standard. 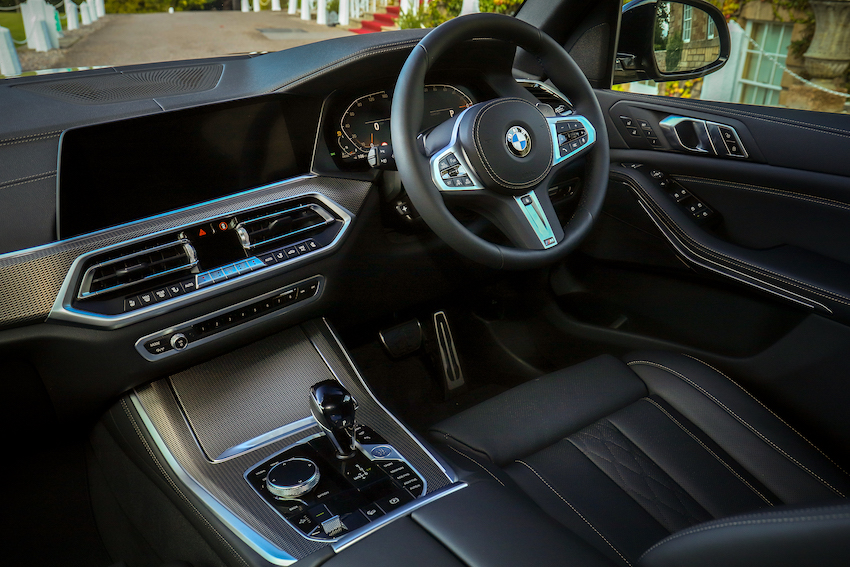 Front and rear parking sensors are also standard, as is a reversing camera, with a surround-view camera as optional. There’s plenty of standard kit across the range, including a Bowers & Wilkins Diamond surround 20 speaker, 1500-watt sound system and optional four-zone air conditioning and Skylounge panoramic glass roof.

Despite being 2.2 tonnes, the X5 handles itself well on the road. It delivers a mature and comfortable ride. The standard eight-speed automatic gearbox is smooth with no lag and delivers the correct gearing when required. There’s plenty of grip and tight body control making it reassuring on twisty country roads. Road and wind noise are minimal.

The steering is agile and precise, which makes for a pleasant drive. Despite being a luxury SUV, it does have good off-road capabilities too. It might not perform to Land Rover levels, but it will handle itself admirably.

The X5 has five powertrains – two diesels, two petrols and a PHEV. All use a 3.0-litre six-cylinder turbocharged powertrain albeit at different states of tuning and power. The xDrive30d and xDrive40d diesels have 265bhp and 335bhp respectively, 0-62mph in approximately 6.1 seconds and return an official combined economy of around 40mpg.

The xDrive45e PHEV petrol houses a big 24kWh battery and powerful electric motor which deliver a swift drive and 0-62mph in 5.1 seconds. According to official BMW figures you should get 54 miles on electric power alone and approximately 235mpg with the battery fully charged and driving on electric mode, and with low CO2 emissions, it’ll be a big benefit when it comes to company car tax.

The X5 receives a five-star Euro NCAP safety rating and comes with an array of driver aids, including front collision warning and automatic emergency braking. Adaptive cruise control is optional.

The BMW X5 is a smooth, classy and luxurious SUV. With an excellent interior, infotainment system and choice of powertrains, the ever-expanding luxury SUV sector still has one constant: the formidable BMW X5.